Floor mosaic of a the Tree of Life (as a pomegranite) from the Big Basilica at Heraclea Lyncestis. Bitola, Macedonia. Image licensed under CC-BY

I wrote this poem for a class in early October (thanks Kathleen Kenny and Ellen Phethean). In week one of the class we looked at Ezra Pound’s poem The Tree and also at William Blake’s A Poison Tree. One of our task options was to write using Pound’s first line: “I stood still and was a tree amid the wood”.

It’s a while since I was in a class. I always feel nervous, never know what to say about myself. I loved the poems, Pound’s especially connected. I’ve done a lot more country walking in recent years which felt linked to what Pound spoke of.

This year I also wrote a poem about trees that feels very important to me, one of my best, it resonated with this. But whilst enthused I also felt a bit conflicted to try and write on trees again. Also the writing and sharing with others, all good poets, can produce a kind of crisis in me about my writing, makes me seek to validate it to myself, to find my way to writing well, challenges any pride I’ve developed to get through to something honest, this was an intense example of that.

I use a forum on the net where someone posted some Haiku that another built on, I think that’s Renga. I tried to add a final haiku – but was never happy with what I wrote – it was too neat, it was not good enough to follow the others’, it did not obey the rules to be Japanese enough, another of my dilettante efforts. I kept changing it. I left a version there overnight, then I deleted it the morning of the day I wrote this.

In September and October I was lucky enough to enjoy some cinema showings of Andrey Tarkovsky’s films. I’ve waited a long while to be able to see these. I missed the first few but saw Solaris, Mirror, Nostalgia and The Sacrifice (later I also saw another showing of Stalker). I’d seen none on the big screen before. After Nostalgia I was thinking about icons, and how static and yet dynamic Tarkovsky’s films seemed to me. Whilst they move slowly how much happens and is prompted in me.

It led me to think of the word iconostasis. I checked it’s meaning and found it had nothing to do with any stasis in the icons, but learned (again) that this was the name for the screen that bears icons and separates the nave from the sanctuary in a church. This goes back to Byzantine times and lands, i.e. especially the Eastern Orthodox Church. I read that this may be compared to the layout of the great Temple in Jerusalem and the separation of the Holy of Holies from the other parts of the Temple. This made me think of Tarkovsky’s films in a new, clearer (?), light. Thinking of his films as having a similar function between he and his audience.

After each of Tarkovsky’s films I left the cinema on a Sunday afternoon, for four weeks in a row, to beautiful blue skies and golden hour sunlight. Once felt like a gift. That it happened after each film in these parts (not the reshowing of Stalker) got my attention. Before The Sacrifice we were beset by low grey cloud and rain and I was sure it could not happen that fourth time, I made up my mind.

My experience of these films was invigorating, refreshing, spiritually good. They brought a feeling of having turned in some way in myself to be more present to myself and the world and to good. So, I was feeling good when I left The Sacrifice and found the weather had in fact turned. I got the first line of this poem as I walked up the street. It may have occurred to me earlier in the day but now I let it stick with me and sat down and wrote the haiku there and then on a bench. I aimed to add this to the Renga I’d messed up earlier, but I’d missed that chance I found later.

I didn’t expect to make it into any more. Perhaps I did later that night as it didn’t just have to fit to the Renga any longer. I let myself follow where it was taking me. Perhaps also as I was writing for a class, otherwise I may not have written at all. I also let myself follow these words although I knew there was something simple in them as with the haiku. In fact I was, and am, a bit unsure of the initial haiku as absolute and of just what it means, though it definitely means something to me, but feel it may possibly seem wrong or too much or too great a claim to others or from other directions.

I’m glad I stayed with it. I’ve found it helpful to let myself do this sometimes, to find what I want to say, even if the words seem a bit plain. I wanted to just try and write something honest with the rest of the poem and follow it. I wrote it very quickly. I don’t really remember doing it, but remember how it felt to write it. I’m sure it was affected by my other tree poem as well.

It’s not been much revised. I didn’t know where it was going. I know the above influenced it, as must the ending of The Sacrifice (and surely its tree story, though I think I see that more in retrospect). Initially I called it Papyrus, something about the first words. But prefer Paper, it fits. That also makes me think of the end of novel The Name of the Rose, the (mis)quote there from Bernard of Morlay: “stat rosa pristina nomine, nomina nuda tenemus”.  I remember seeing this translated somewhere as “the ancient rose has a name, we hold only empty names”, maybe that is what it has grown to mean for me (my own Latin is poor). You can read more about that and another translation on Umberto Eco’s webpage. Sometimes I wonder if my poem should be called A Paper.

When I got to the end of the second section the final two lines were unexpected. But they also try to be honest, beg questions for me that are proper and unavoidable, perhaps also for others, in response. For a long time I was out of touch with this tree, or knowing it, though it was still there. Perhaps it seemed invalid, certainly often inapparent or plain or possibly dead (to some). I could wonder now about Blake’s poison tree, in an accidental way, that I never enjoyed. I see this tree now as a tree of life. I don’t imagine that I will ever learn anything more important than what has gone into this. What you’ve read here, but also all that it relates to for me, which I have not fully explained – if there is anything that I’d offer it is that this can happen. It’s not everything, of course, there is then being with others, but it’s a start.

It is not first words.
Nor any we have spoken.
But that we may, hoping…

But at any moment
may forget the whirl,
remember silent arbour,
rooted anchorage,
quite still.

Whether in clearing
on wood path
or forest full grown.

I hear the birds singing,
a tune to the day.
Their songs my book of hours,
months, years, nights, days.

Sound waves at sea
on the sonic sound-all.
I sway to their themes,
in the wind of my fall,
silent and knowing
there is no need for more.

Until I come to, share this,
trail golden leaves
for a few breaths spoken,
before they’re scattered,
guttered, senseless, blown.

***
For what am I hoping
with these, my tokens.

Paper – a blind catch in the sun 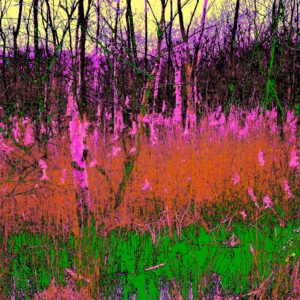 The first two lines here are as how I remember Yoko Ono’s Earth Piece V. Her instruction must have been positive but I’m inclined some times to the negative. Today is 31st July 2019. Boris Johnson has been PM for a week. Elected by the Tories not the people. His schtick is to finish Brexit. ... 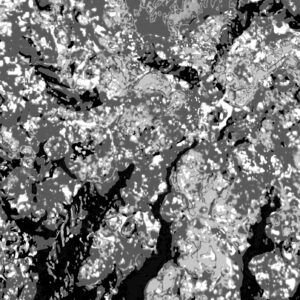 Ask anyone. I photograph trees. Less well known I photograph walls and fences. They fascinate me. Make me question. I built my own walls. I lived inside fences. I stepped outside both into new worlds by mending bridges.     Walls. Fences, BridgesWalls. What are they there forTo keep in or keep outTo make a record Of what is mine, ... 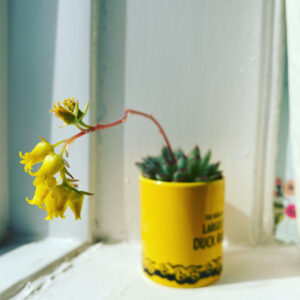 We need to talk about protecting women