Erinna Mettler is a Brighton-based writer and mentor. Her first novel, Starlings, was published in 2011 and was described by one critic as doing for Brighton what The Wire did for Baltimore. She is a founder and co-director of The Brighton Prize for short fiction and of the spoken word group Rattle Tales. Her stories have been published internationally and short-listed for the Manchester Fiction Prize, The Bristol Prize, The Fish Prize and The Writers & Artists Yearbook Award. Her career highlight so far was having a short story about vintage underwear performed by a Game of Thrones actor in the literary tent at Latitude Festival. Erinna’s new short story collection on the theme of fame, Fifteen Minutes, was published by crowd-funding publisher Unbound in 2017 and was been shortlisted for a Saboteur Award. 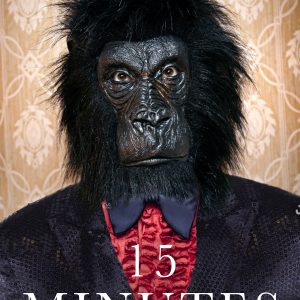 Long Distance Running At My Desk

I am a disabled writer. There said it. It is, or was, a silent disability in that I can walk around and people assume I’m pretty much okay. I’m not and haven’t been for years. I have hip dysplasia and I was born with it. June is Hip Dysplasia Awareness ...