Paul Smyth is Disability Officer at Richmond upon Thames College whose love of taking photographs and making music collided when hearing one of his students, Michael Fuller play. He has since been making short films with a good friend, and band-mate John Henry Westhead (whose day job is working with autistic students) about subjects they feel need a little light shedding upon. Together they have formed 'Shed a little light productions'. 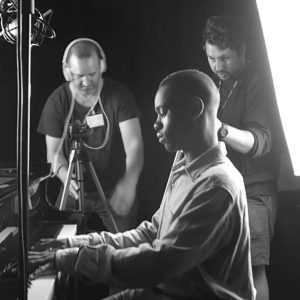 Michael Fuller is a student of Richmond upon Thames College in London, on the autistic spectrum. He plays classical piano and is an operatic singer, also writing his own music. Disability Arts Online have co-commissioned a video of him performing, Great Is the Grief, a song he wrote aged just ...