I am deeply saddened by the recent news of the death of Geof Armstrong. I first met him in the mid-1990s … it was very shortly before he left London and headed back to his home city of Newcastle. I was an intern at London Disability Arts Forum [LDAF] working on Disability Arts In London magazine at the time and he was pretty much a force of nature.

Geof Armstrong (centre front) with the learning disabled membership of the Hub at Arcadea, Newcastle.

Geof had just moved on from his time with LDAF where his singular vision for Disability Arts led to the Workhouse Cabarets – an absolute brilliant idea to give disabled people an opportunity to test out their talents as performers to warm and receptive audiences within accessible venues. He knew how to make the spaces inviting for disabled audiences – and the cabaret circuit he inaugurated across London then fed into the work of all the Disability Arts Fora across the country.

Geof’s passion and clear, direct communication, his drive and his ability to inspire with an uncompromising vision were absolutely key to the development of disability arts in those early days. He was a brilliant visionary with an aspiration to take on the world. He set up the National Disability Arts Forum – and ran it from Newcastle with an office in London and was responsible for some awesome projects that deserve recognition as seminal moments within the history of Disability Arts. Shelf Life – a glossy table-top compendium of artwork, poetry and biography, telling the story of living with a limited life expectancy was absolutely so clever and groundbreaking … and moving in a positive, piss on pity, kind of way.

I was truly in awe of Geof. He was a complicated character and was not always easy to engage with, but equally he was an incredibly warm, kind and generous individual. He gave me loads of encouragement through my time at LDAF and again when I was laying the ground for setting up Disability Arts Online in the early 2000s, he was very supportive and offered an opportunity for the journal to come under the banner of NDAF. It would have made the job simpler in the short-term, but having experienced the pitfalls of running a publication from within the structure of an arts organisation that saw it as a project, rather than as a vision in and of itself, I was wary.

The times I spent in Newcastle in the early 2000s meeting up with Geof and his family were always fun. He certainly knew how to throw a party! And I regret massively having lost contact with him after NDAF went by the wayside. Geof and NDAFs output deserved more respect. The weekly Etcetera newsletter was a lifeline to many and the organisations’ connections with Europe laid the seeds for huge amounts of disability arts development and strategy.

The last conversation I had with Geof 2 years ago he was incredibly proud and happy with the work Arcadea was doing – especially with local communities of learning disabled people in Newcastle – and was singularly exuberant that it wasn’t dependent on Arts Council England funding.

Historically Disability Arts has not been great at honouring its own – maybe partly because it began as such a headstrong and angry movement, determined to change the world for the better. So it’s been heartwarming to read the memories of Geof on the Arcadea FB page. I am personally devastated that I never got the chance to capture his story as had been my plan. We had conversations about meeting up in 2018, but sadly it never happened. Disability arts owes a huge debt and gratitude to the legacy Geof created, so I hope strongly that his memory and his achievements will be celebrated.

With heartfelt condolences to Geof’s family at this sad time.

Thanks for this lovely tribute to Geof. He was definitely one of a kind and I’m grateful I had the chance to work with him in Newcastle. Will remember him with fondness and admiration.

This is such a lovely tribute Colin. Geof was someone I admired tremendously and am proud to have worked alongside. Thank you for sharing it.

Great tribute to Geof and I am saddened to hear the news. Very supportive when I started at NWDAF (now Dadafest) in 1998. I appreciated his honesty/directness and his kindness.

This is a lovely tribute.
I didn’t know Geof very well but remember him as being incredibly warm and welcoming in both e-mail correspondence and in person. It was an early sign of the bad things that were to come when the NDAF lost its funding, and is sad to hear about his passing now. RIP 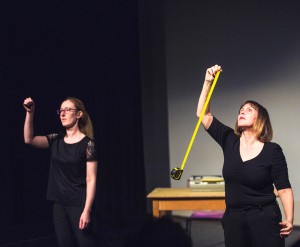 I had the privelage of being on the NDAF with Jeff. I vividly remember the day we gate crashed a SHAPE event to set it up. All of the strategic planning was down to Jeff, he was a brilliant campaigner. He will be very missed.