Campaigners have responded with anger when it was revealed that the government has refused to assess the impact benefit sanctions have on people’s mental health despite repeated warnings they can cause long-lasting damage to the wellbeing of claimants and their families.

This is despite warnings over the past several years from Britain’s leading psychologists urging ministers to immediately stop the practice or risk soaring rates of mental health problems. 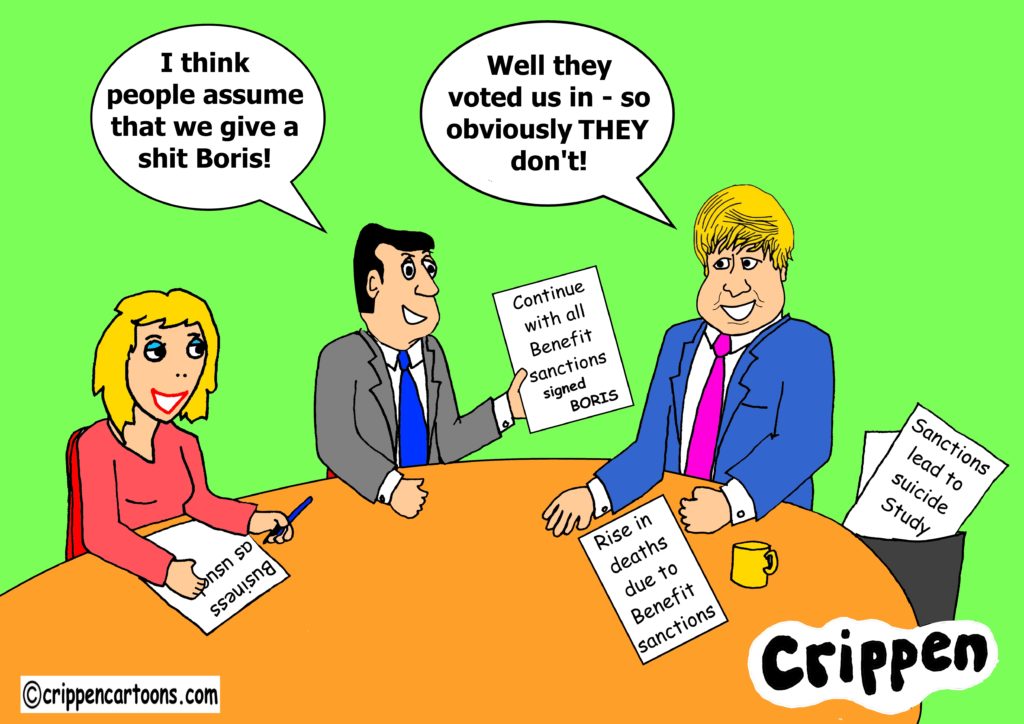 Charities, doctors and academics have warned repeatedly that the government’s policy of suspending welfare benefits to people if they don’t meet certain conditions – known as applying sanctions – can lead to mental health problems, including suicidal tendencies.

But in response to a parliamentary question last month asking the Department for Work and Pensions (DWP) what assessment had been made of the mental health impact of sanctions – which form a key element of its flagship universal credit system – employment minister Miriam “Mims” Davies admitted “no assessment has been made” of any potential link … she also made no mention of any future plans to review the impact of the policy.

The DWP did pledge in 2013 to review the policy of suspending benefits “on an ongoing basis”, but a report by the works and Pensions Committee in 2018 found that – five years later – no such evaluation had been carried out and the government subsequently had “no idea how many people were suffering” as a result of the policy.

so good to see crippen back

Hi Rich, a combination of Boris’ extreme politics and Colin’s offer to provide a platform again to say something about it has brought me out of hibernation! Keep the faith brother x