The role of Minister for disabled people has had a chequered past with such diverse figures as Paul Boateng, Margaret Hodge and William Hague all being given the poison chalice for a time. 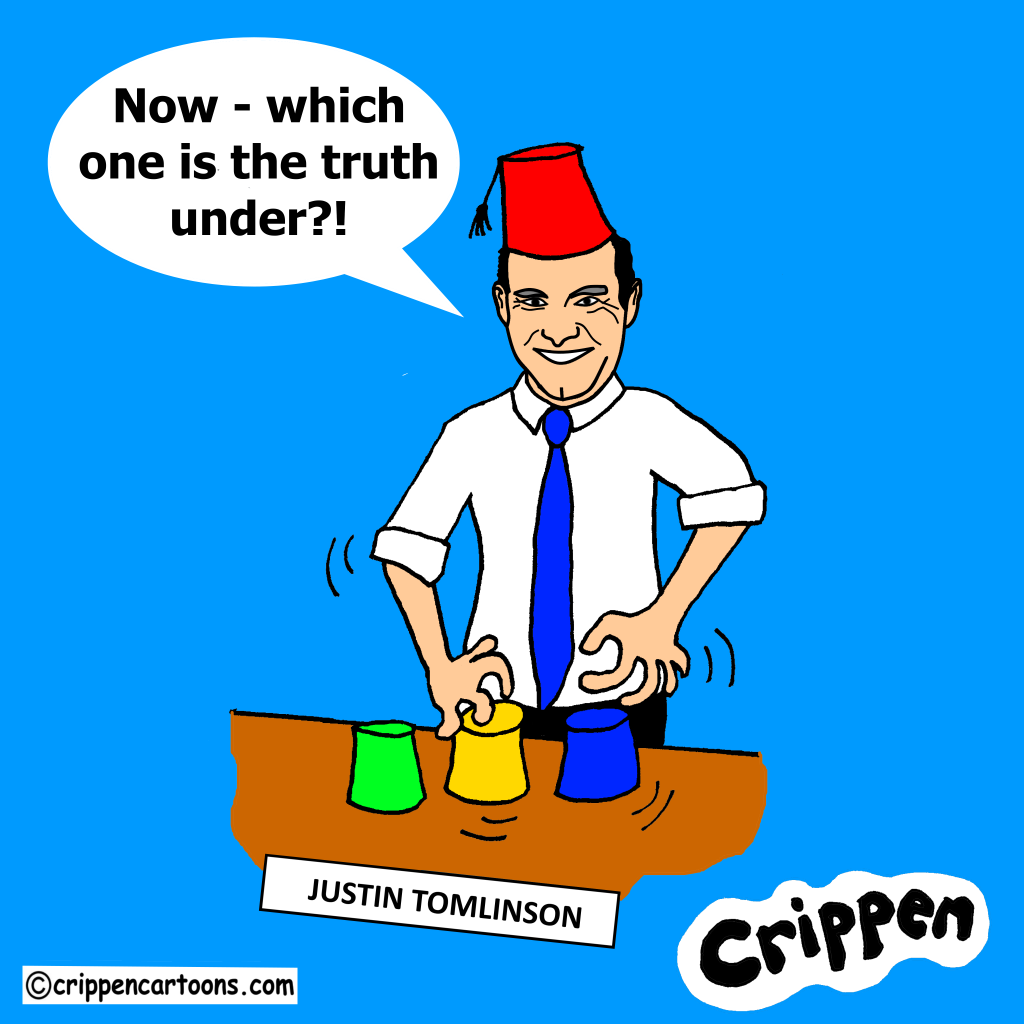 Some, like Alf Morris who pushed through the first piece of real disability legislation ‘The Chronically Sick and Disabled person’s Act’ really fought for the rights of disabled people, whereas others like Esther McVey seemed to enjoy undermining what little protection we had.

The latest incumbent (er, what is his name?) Oh yes Justin Tomlinson, seems to have adopted the persona of the invisible man; now you (don’t) see him, now you don’t! Whenever he does put in an appearance, it’s usually to offer yet more misleading information to various Commons select committees.

You’ll remember that he recently gave some twaddle to the Commons women and equalities committee to the effect that the networks that had been set up to ‘amplify’ the voice of disabled people was a great success.

He told the committee that the network allowed “all voices, particularly of all sizes of disability organisation, [to] share their real lived experience and help us improve our policies and our communications”, adding: “I find it a very rewarding part of my role.”

But what Tomlinson failed to tell the committee was that at that point – nearly a year after he had named their chairs – only two of the nine networks had actually held a meeting!

Now, as reported in the Disability News Service (DNS) Tomlinson has misled the Commons women and equalities committee for the second time about his engagement with disabled people during the pandemic.

The Conservative chair of the committee, Caroline Nokes, wrote to the minister to ask him to respond to concerns expressed earlier about his lack of involvement with disabled people during the pandemic. But in his reply, Tomlinson again misled the committee.

He claims in the letter that he was referring in his evidence to a different disability forum set up by the government, and not the regional network. However, the transcript and audio recording of the 2nd September meeting clearly show Tomlinson did make the comments about the regional network.

This is yet another misleading comment made by Tomlinson. In July 2019, he misled Labour MP Debbie Abrahams about Department of Works and pensions’ (DWP) cover-up of links between its fitness for work test and the deaths of disabled people. Earlier that year, he was caught misleading the Commons work and pensions committee about the impact of the government’s social security cuts on disabled people. And in October 2016, Tomlinson had to apologise to MPs and was suspended from the Commons for two days after leaking a confidential Commons report to payday lender Wonga.