Disabled people have long been the focus for those who support the eugenics movement. From the extremes practiced by the Nazi party during WWII when over 200,000 disabled people were killed and more than twice the number were sterilised, to such statements as made by George Bernard Shaw who advocated the issue of colour coded procreation tickets to prevent the gene pool of the elite being diluted by inferior human beings.

Back in 2010, Victoria Brignell wrote a comprehensive article on eugenics to mark disability history month. She mentions many leading figures who agreed with these beliefs including Alexander Graham Bell, William Beveridge (the architect of the post-1945 welfare state), and Winston Churchill. Indeed, Labour MP Will Crooks famously described disabled people as “like human vermin” who “crawl about doing absolutely nothing, except polluting and corrupting everything they touch!” Needless to say, he was also a supporter of the Eugenics movement.

So, what has this to do with the current government? Well, Boris Johnson’s top aide Dominic Cummings has said Brexit (remember Brexit?!) could free up Britain to pioneer controversial gene research. 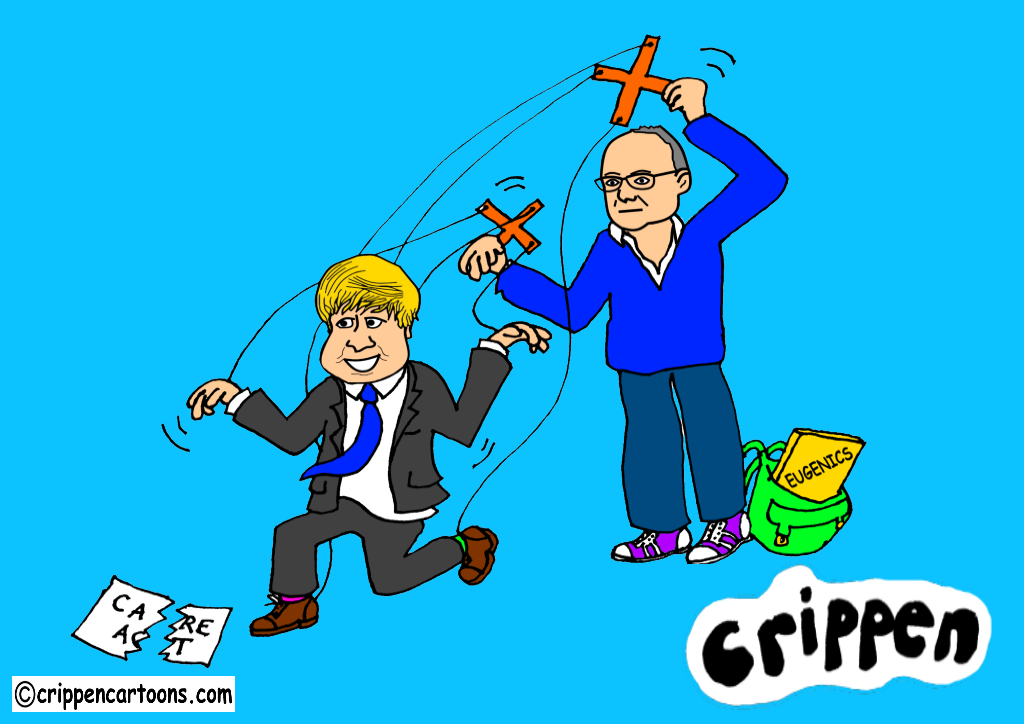 In a 4,000-word blog last February about ‘genomic prediction’, which gives a useful insight into Mr Cummings’ thinking, he urged Britain to “push the frontiers” of the field – despite what he said would be “hysterical” arguments about “things like IQ and social mobility”.

He added that Post-Brexit Britain will be outside [the EU’s] jurisdiction and able to make faster and better decisions about regulating technology like “genomics” (a term used within eugenics).

One US-based firm, Genomic Prediction, offers parents screening to identify “genetically normal” embryos. Co-founder Stephen Hsu, who Mr Cummings praised and has appeared with at No10, said it would only be used to eliminate embryos with a “mental disability”.

Labour’s Shadow Communities Secretary Andrew Gwynne claimed: “However Cummings tries to dance around his beliefs – it is clear that this is eugenics. Eugenics is a long-discredited and dangerous pseudo-science and should have no place in the 21st century, let alone be held by Number 10.”

Labour MP Conor McGinn added: “These worrying and dangerous views have no place in our society, never mind at the heart of government. He might be able to play the Cabinet, but he can’t be allowed to play God.”