Keir Starmer will need to address a series of pledges that he made to disabled people during his successful campaign to replace Jeremy Corbyn as Labour leader. 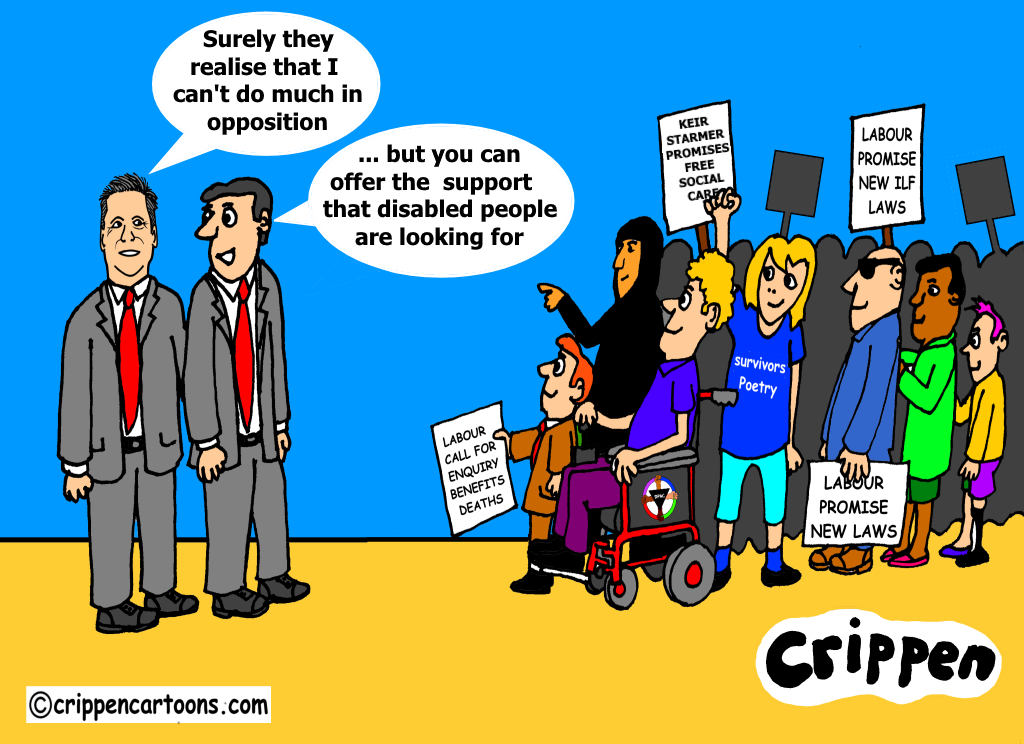 During his leadership campaign Keir Starmer called for “radical action” on social care with the introduction of free social care and a legal right to independent living.

He also backed a motion that was passed at last autumn’s party conference that called for a new National Independent Living Support Service for England that would provide a universal right to independent living that was “enshrined in law”.

He has also backed calls for an independent inquiry into deaths linked to the actions of the Department for Work and Pensions, describing those deaths as “deeply disturbing” and calling for justice for the families of those affected. He also promised an over-haul of the “deeply flawed” Universal credit system.

In an interview with the Disability News Service he also said that he would push as prime minister for the government to “fully resource” the Equality and Human Rights Commission, to ensure it can “more effectively enforce” the Equality Act and stop discrimination against disabled people.

He also backed the idea of incorporating the UN Convention on the Rights of Persons with Disabilities into UK law and pledged that addressing the poor provision of accessible housing “must be a priority for any future Labour government”.

Come on then Keir, this is the chance you’ve got to show that you can be the instrument for change and also win the support of the thousands of disabled people who are currently being cruelly treated by this Tory government.

You never know, you may even get some of us to re-join the Labour Party!