The Department for Work and Pensions (DWP) has stopped answering questions from Disability News Service (DNS), and is refusing to explain why it has taken this “totally unacceptable” step. 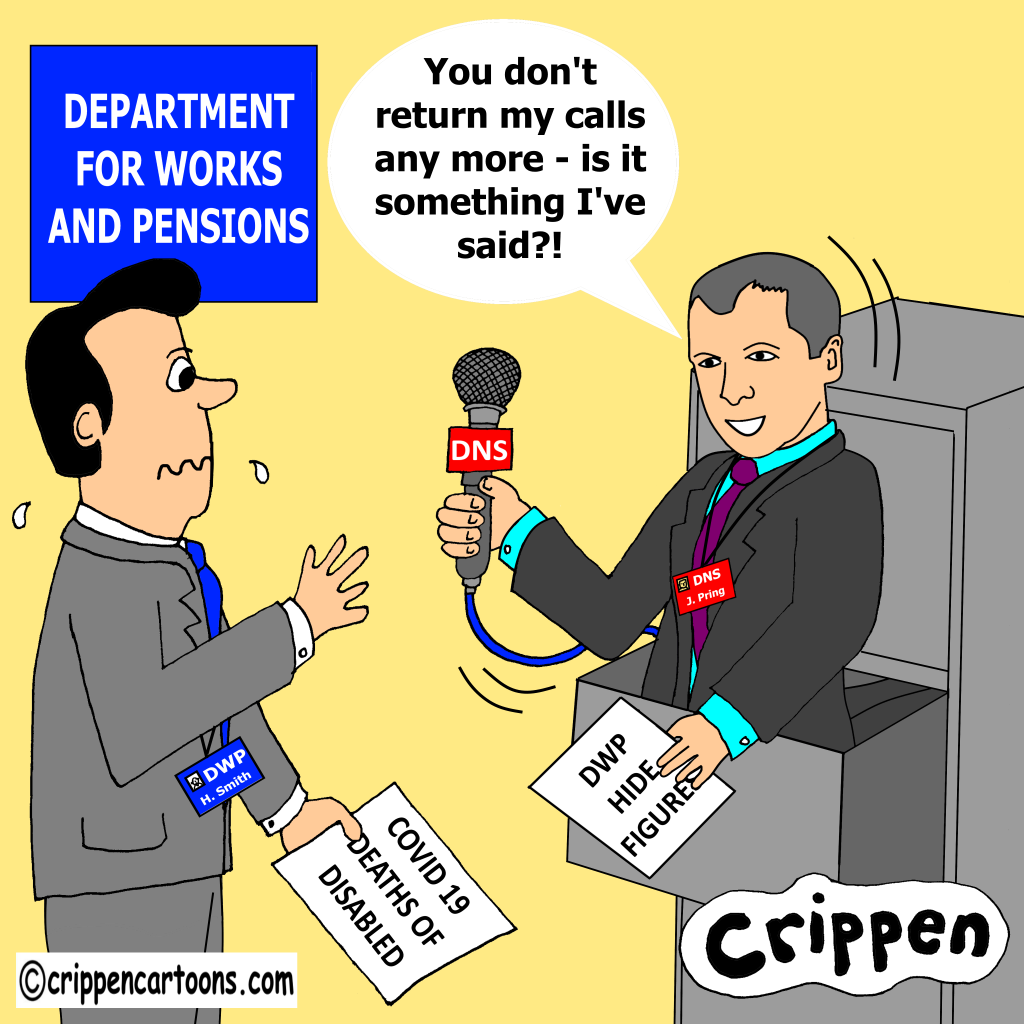 John Pring, Editor of DNS reports that since early July, the DWP’s press office has failed to provide a meaningful response to questions submitted by DNS on ten consecutive news stories, despite responding to questions put to them by the mainstream news organisations.

There has been no explanation from the DWP for the apparent refusal to respond on issues including the deaths of benefit claimants, the failure of minister for disabled people Justin Tomlinson to engage with disabled people’s organisations, and the silence of the government’s Disability Unit during the coronavirus pandemic.

In two of the stories, the DWP press office suggested that it could not respond for legal reasons, but with the other eight there was no explanation for the department’s refusal to comment.

The stories published by DNS that the DWP have refused to comment on include the department being accused of “careless cruelty” after it mistakenly sent out letters to disabled claimants during the pandemic that informed them their disability benefits had been stopped for failing to fill in review forms.

It also failed to comment on its own research which showed that levels of satisfaction with working-age disability benefits had plummeted in the two years to spring 2019.

DNS asked the DWP why it did not appear to be responding to questions, and whether it agreed that its policy appeared to be discriminatory. True to current form the DWP has failed to respond!

Over the last decade, DNS has reported on links between DWP and the deaths of disabled benefit claimants, DWP’s breaches of the UN Convention on the Rights of Persons with Disabilities, evidence of flaws in DWP programmes such as Disability Confident, and misleading statements made to parliament by work and pensions ministers.

Over the last six months, DNS has also exposed repeated breaches of disabled people’s rights by the government during the pandemic.

In July, DNS reported how DWP had re-introduced benefit sanctions, while millions of disabled people were still shielding from the virus, a move described by disabled campaigners as “barbaric” and “life threatening”.

I would suggest that the DWP are hiding from Disability News Service because John Pring’s questions are bringing to public attention too many unpalatable truths!