Remember Boris’ infamous Brexit bus, which promised that leaving the EU would mean an extra £350m a week for the NHS? Well, he’s at it again!

Having promised to ‘upgrade 20 hospitals and build 40 new ones’, an independent fact-checking charity has found the refurbishment of only six hospitals with no further work planned … unless he’s thinking that a move into private health care will result in this work being undertaken by the private sector!

We’ve already had Len McCluskey, UNITE’s general secretary, blowing the whistle on 71 MP’s with links to private healthcare interests having voted to sell-off our beloved NHS. Then Donald Trump inadvertently letting slip that he’s been in talks with Boris regarding an NHS sell off! This comes in the form of a US trade deal called TTIP which, despite Trump’s denials, is likely to include the NHS.

And don’t forget that our former Prime Minister David Cameron refused to use his veto and exempt the NHS from TTIP. This was seen at the time as exposing the Government’s real plan for the NHS – complete and irreversible privatisation. 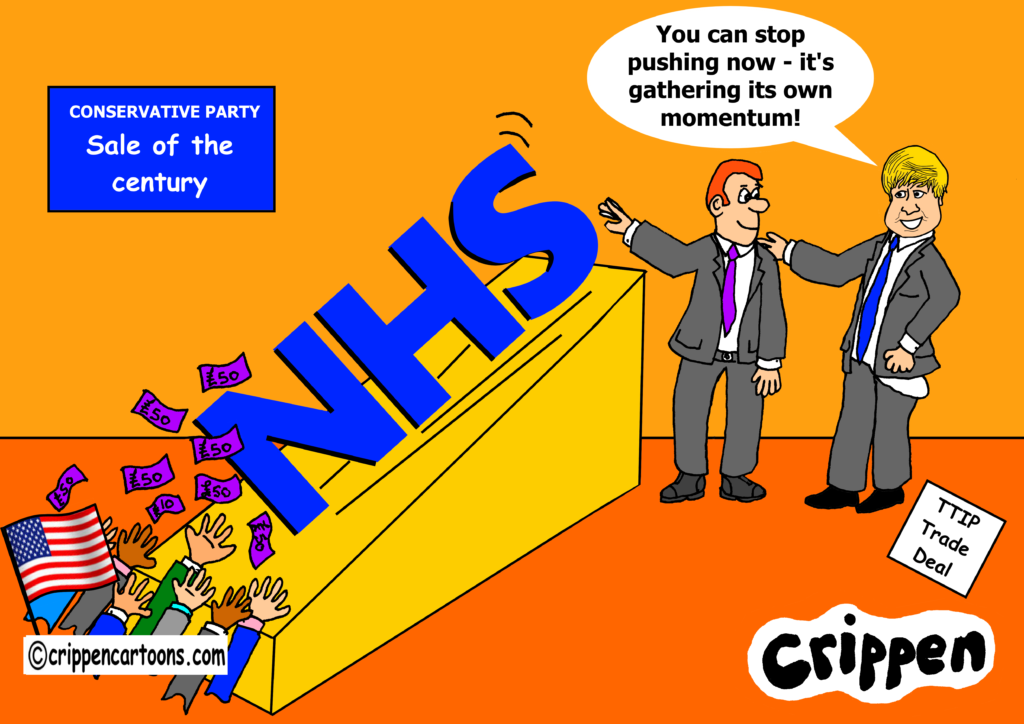 Here’s a few facts unearthed by an independent investigation by UNITE that underlines this inevitable slide into privatisation of the NHS:

Too late to do anything about this whole debacle. Probably?!