Almost one in four disabled people in Northern Ireland who were claiming Disability Living Allowance (DLA) have had their benefit taken away during the transition to Personal Independence Payments (PIP). 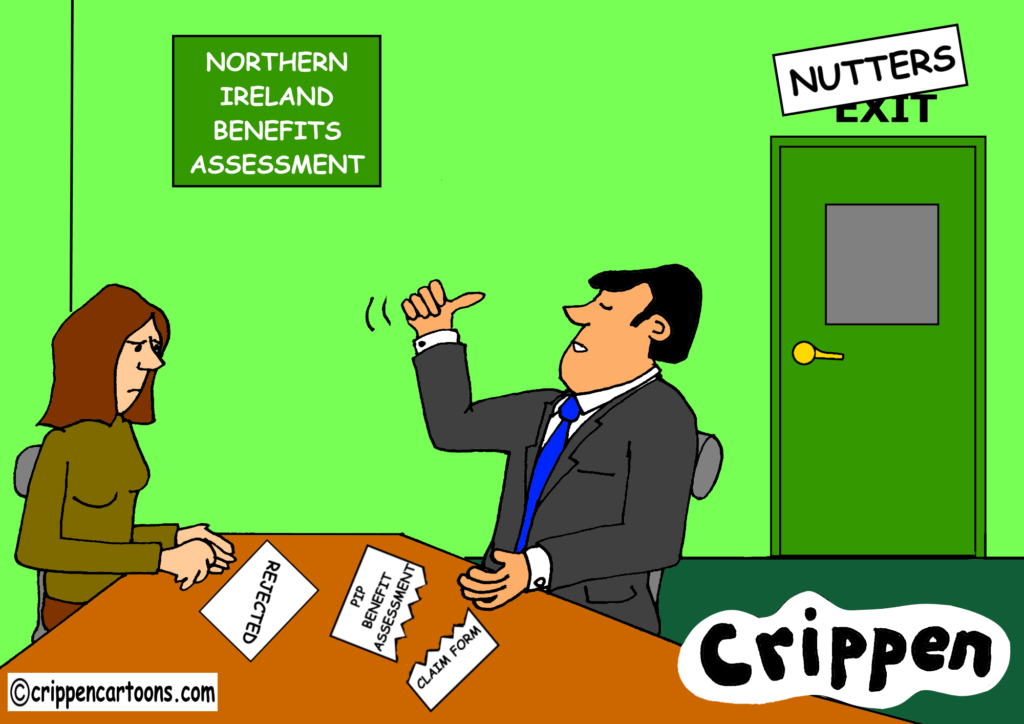 PIP is designed to replace DLA and is designed for those aged 16 or over who have not yet reached state pension age.

There have been calls for the Department to improve the PIP assessment and decision-making process after the figures were revealed. It shows those making claims for PIP waited on average 13 weeks from registration until when a decision was made on their case. And, as mentioned, thousands of these disabled people ended up having their benefits stopped.

Interestingly, the highest proportion of those claims for payment (41%) were due to a psychiatric disorder as the main condition resulting in a decision to claim for PIP.

As in mainland UK, mental health seems to rate extremely low in the opinion of benefit assessors … nothing new there then!