At the same time that the government prepares to publish its cross-government national disability strategy, which disability minister Justin Tomlinson has claimed will “remove barriers and make this country more inclusive for disabled people”, four Tory peers have launched a blistering attack on their disabled colleagues. 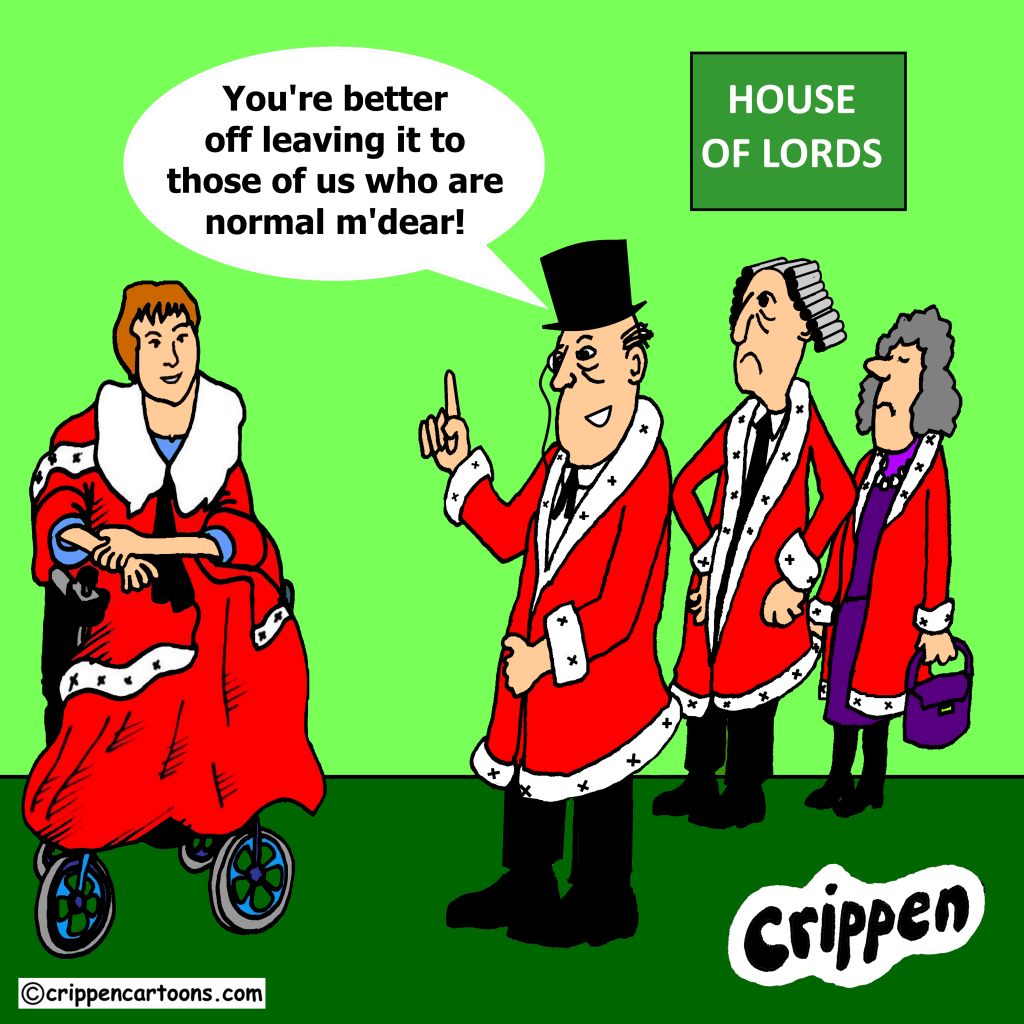 The Tory peers were all arguing that the Lords should quickly return to “normal” and the adjustments that have allowed disabled members to vote and take part in debates from their homes during the pandemic should end.

Lord Farmer, a former treasurer of the Conservative party argued that “personal infirmity should not provide grounds for exemption from normality” and that continuing the adjustments post-pandemic would be “extending the logic of equality beyond reason”.

He said that “for the sake of the public who are paying our way, personal infirmity should not provide grounds for exemption from normality” and that “parliamentary participation is for those able to bring vitality to proceedings. The previous norm should be reinstated: those of us who cannot come to the House cannot contribute.”

His colleague, Lord Howard of Rising, called for the Lords to “resume our usual proceedings at the earliest possible opportunity” and said it was “inconceivable that those who aspire to take part in the governing of this nation should not make the effort to attend parliament, whatever the difficulties”.

Baroness Noakes called for the Lords to “get back to normal as soon as possible” and that there were “no good reasons for hybridity in future … those who are ill or otherwise unable to attend for periods of time can take leave of absence … or retire instead.”

A fourth Tory peer, Viscount Trenchard, made it clear that he did not believe that “those with disabilities, in poor health or pregnant should be allowed to continue to participate remotely”.

The adjustments introduced by the authorities in the House of Lords have allowed disabled peers such as Baroness [Jane] Campbell and Baroness [Sal] Brinton – who have both had to shield from the virus – to continue to play an important part in parliamentary proceedings during the pandemic.

However, not all Peers agreed with the disablist attitude of the Tory members.  The Liberal Democrat leader in the Lords, Lord Newby, said there was “a strong case for allowing those who have a disability that makes attending the House difficult to retain the option to participate virtually on a permanent basis”.

Baroness Campbell, a crossbench peer, told Disability News Service that the “capacity to join in remotely has swept away many of the barriers that some of us encounter daily” and she called for the “best aspects” of the hybrid model to be retained post-pandemic.

She said it had been “a relief to watch debates at home on my night-time ventilator and to vote. It improved my focus, decision-making and health. As a result, I worked harder, longer and more effectively than ever I had done before the pandemic.”

After the debate, Baroness Brinton, the Liberal Democrat health and social care spokesperson in the Lords, who has been working from home for the last 14 months to allow her to shield, described the comments of the Tory peers as “an extraordinary barrage of attack on disabled peers and those with underlying conditions … our ‘infirmity’ or ‘unsound body or mind’ meant that (if) we couldn’t attend the House of Lords, we weren’t worthy of our place in it.”

If I remember rightly, it’s these same peers who felt it was more important to put the clerks to the Lords back in their horsehair wigs. Says it all really!