Crippen hears how disability studies researcher, Mo Stewart, is continuing her campaign towards bringing the ongoing atrocity of the Work Capability Assessment (WCA) out of the dark corner that it’s been assigned to by this current government. 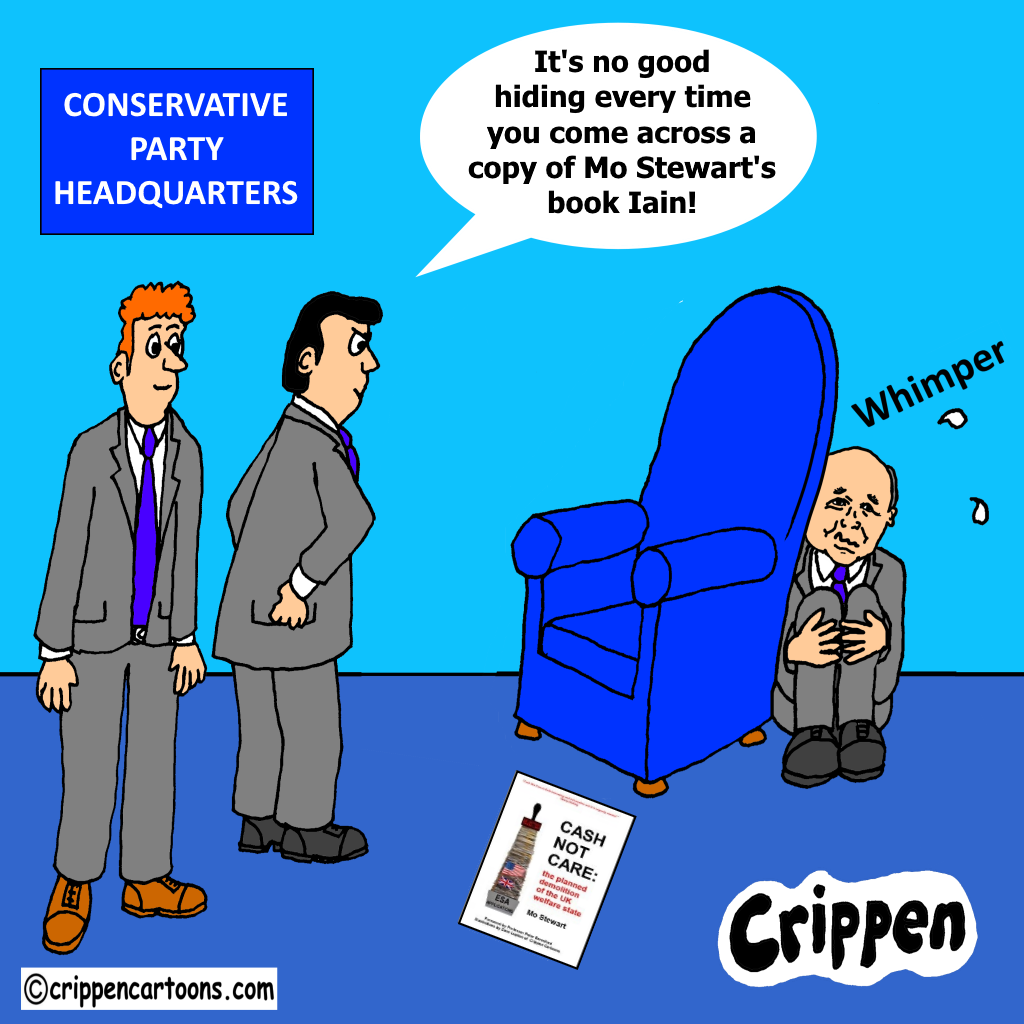 Mo’s focus is getting the disturbing findings of the Preventable Harm Project (the Project), and the question of the DWP having an ‘institutional reluctance’ to support disabled benefits claimants, back onto the political agenda … and, along with this, holding Iain Duncan Smith, the instigator of the brutal changes accountable for his actions.

Mo has now taken her fight for justice to the next level by contacting the influential Centre for Social Justice right-leaning think tank, which was set up by Iain Duncan Smith who Chairs the executive board. In an email to the Director for Work and Welfare, Mo advised:

“There seems to be an identified ideological confusion linked to ‘economic dependency and worklessness’, which is one of the five pathways to poverty identified by the Centre. The assumption and presumption that any disabled person who is not in paid employment has no contribution to offer society remains offensive in the extreme …

“Memorable political attacks against the disabled community by the Secretary of State for Work and Pensions for the Coalition government from 2010-2016 caused preventable harm, witnessed an increase of 213 per cent in prosecuted disability hate crimes, with no-one held to account for claims of ‘scroungers’ and ‘skivers,’; which was an abuse of authority and a despicable act when there was no evidence offered for this ideologically motivate claim.

“This is sinister, and is not helped by a think-tank claiming to be a Centre for Social Justice, whose extremes of reality has helped to guide the adoption of social policies which were guaranteed to cause death, despair and preventable harm to those in greatest need with, for example, the constant claims of success by the Chair regarding Universal Credit (UC), whilst disregarding all evidence of the preventable harm the enforced transformation to UC has created.”

Mo has agreed to keep us in the loop, so watch this space folks.

By the way, you can get a PDF copy of Mo’s article ‘What price preventable harm’ from the Centre for Welfare Reform, and you can order a copy of her book ‘Cash Not Care’ online.