Disabled activists reacted with horror after learning that the former government contractor ATOS could soon be carrying out “fitness for work” tests again, six years after being forced to withdraw from its assessment contract with the Department for Work and Pensions (DWP). 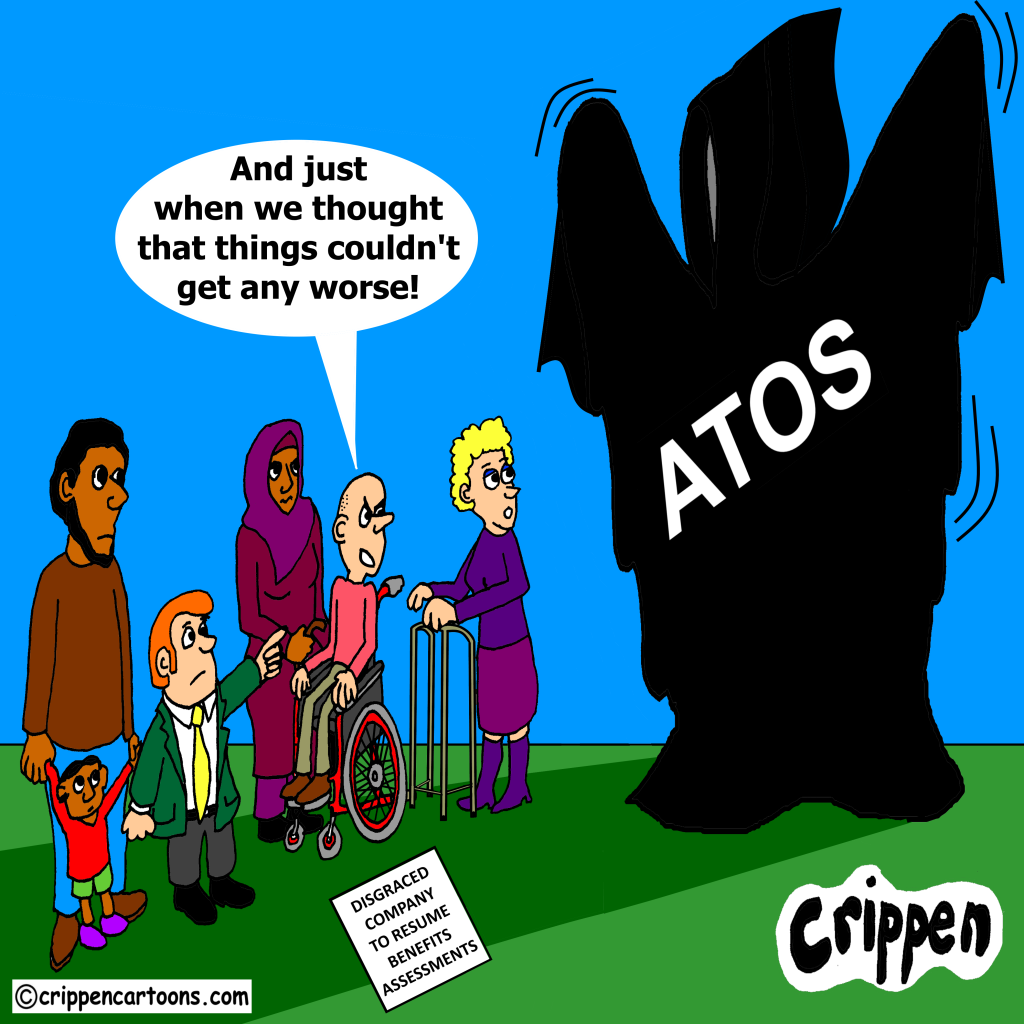 ATOS withdrew from the contract with DWP in 2015, following years of negative publicity and multiple links between the actions of the company and its staff and the deaths of disabled claimants.

Now, because the DWP is introducing a major change to the way it commissions private sector companies to carry out health and disability benefit assessments – wanting a single supplier rather than the three it currently uses – disabled campaigners fear it could lead to ATOS once again returning to carry out these assessments.

Information released to Disability News Service (DNS) by DWP last year showed that, between April 2010 and April 2019, ATOS was paid more than £1.34 BILLION to deliver assessments. However, the failings of the assessment processes employed by DWP have been exposed through research and direct action by grassroots groups of disabled people, inquiries by parliamentary committees and concerns raised by individual MPs. The release of government statistics, television documentaries, and a lengthy investigation into the PIP assessment practices of ATOS by DNS further exposed their callous treatment of disabled claimants.

Paula Peters, a member of the national steering group of Disabled People Against Cuts (DPAC), which helped to force ATOS’s withdrawal from the Work Capability Assessment (WCA) contract six years ago, said: “It’s an absolute outrage that ATOS could be carrying out WCA’s again … especially as they have caused disabled people such dreadful fear and distress as a direct result of these assessments.”