We hear that the government may be forced to rewrite its National Disability Strategy if disabled campaigners are successful in their bid to persuade the High Court that the document is unlawful. 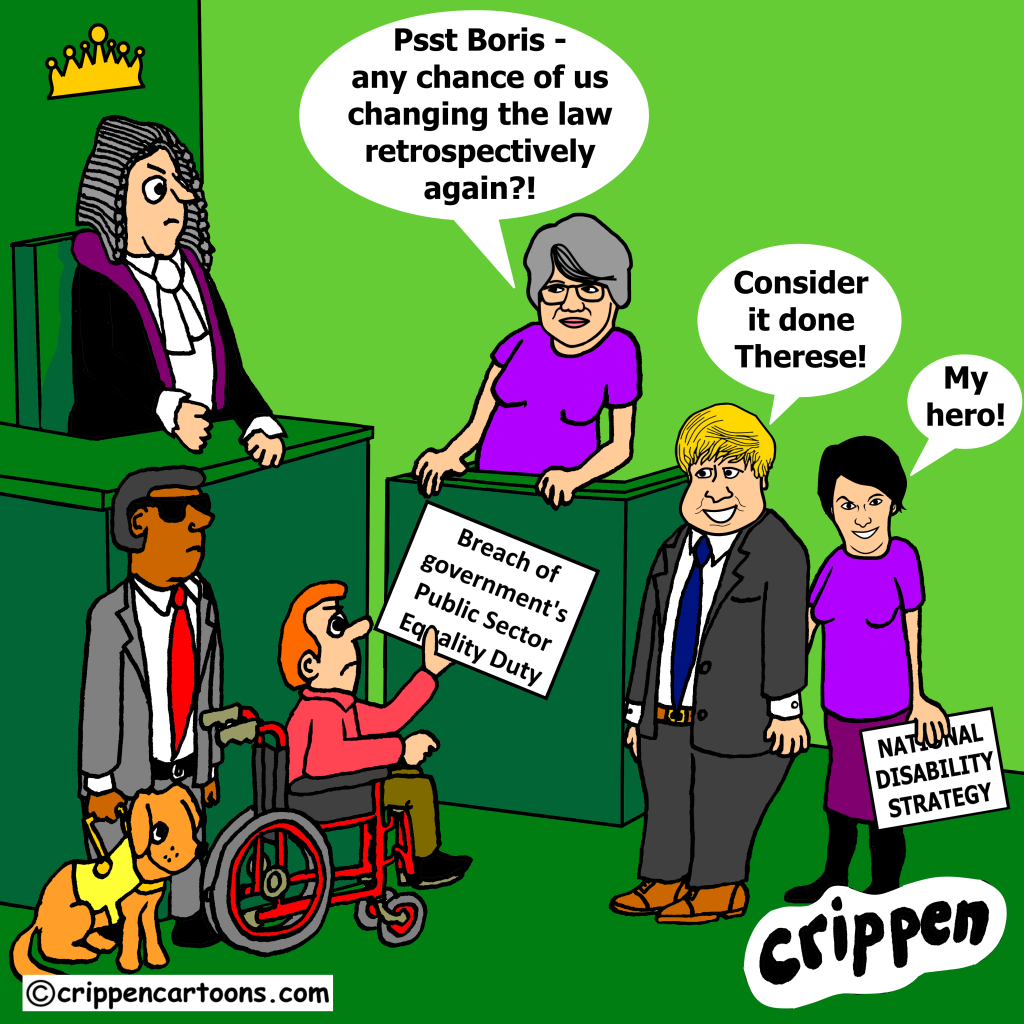 In an attempt to sow even more confusion, Therese Coffey the government’s works and pensions secretary, told the court that she did not have a legal duty to consult with disabled people on the cross-government strategy and that she had therefore chosen not to do so.

This is despite stating earlier that the UK Disability Survey (which the government carried out in January and February this year) was intended to be “part of our ongoing consultation” on the national strategy, she now argues that the survey was in fact an “information gathering exercise” designed only to gather data about the lives of disabled people!

Disabled activist Doug Paulley, one of the four campaigners who have taken this before the High Court, whilst rejecting the government’s latest attempt at spinning events to suit themselves (Ed: Surely not!), also highlighted the government’s failure to consult with disabled people’s organisations (DPOs) as part of the process. He claims it was “conspicuously unfair” and argued that the way the survey was carried out breached the government’s public sector equality duty under the Equality Act.

Sarah Hannett QC, representing Coffey, admitted that there was “perhaps some unfortunate language (used) referring to consultation”. She suggested that it had not been appropriate to carry out an overall consultation on such a wide-ranging strategy containing so many proposals, and that consultations would be carried out on some of the individual proposals “in due course”.

But Steve Broach, the barrister for the four disabled claimants said the survey had taken place “in the context of a concrete commitment to publish a strategy and with the express purpose” of obtaining views about what should be in it. He added: “It is crystal clear that this was a consultation, not merely a gathering of information” and that it was “inconceivable” that the government would publish a national strategy about any minority group without carrying out a proper consultation on it.

The judge, Mr Justice Griffiths, said he would deliver his judgment at a future date still to be decided.

Read more about this in the latest Disability News Service article.

Disgusting behaviour, but sadly not surprising with this shower of Tories.

No indication or attempt to follow the obligations under PSED and the Brown Principles. Nor have they followed principles of good consultation defined by Gunning. In short they have ridden roughshod over those directly affected. Mr Justice Griffiths should have an easy decision to make. Looking forward to an equitable outcome…. He says with hope and expectation