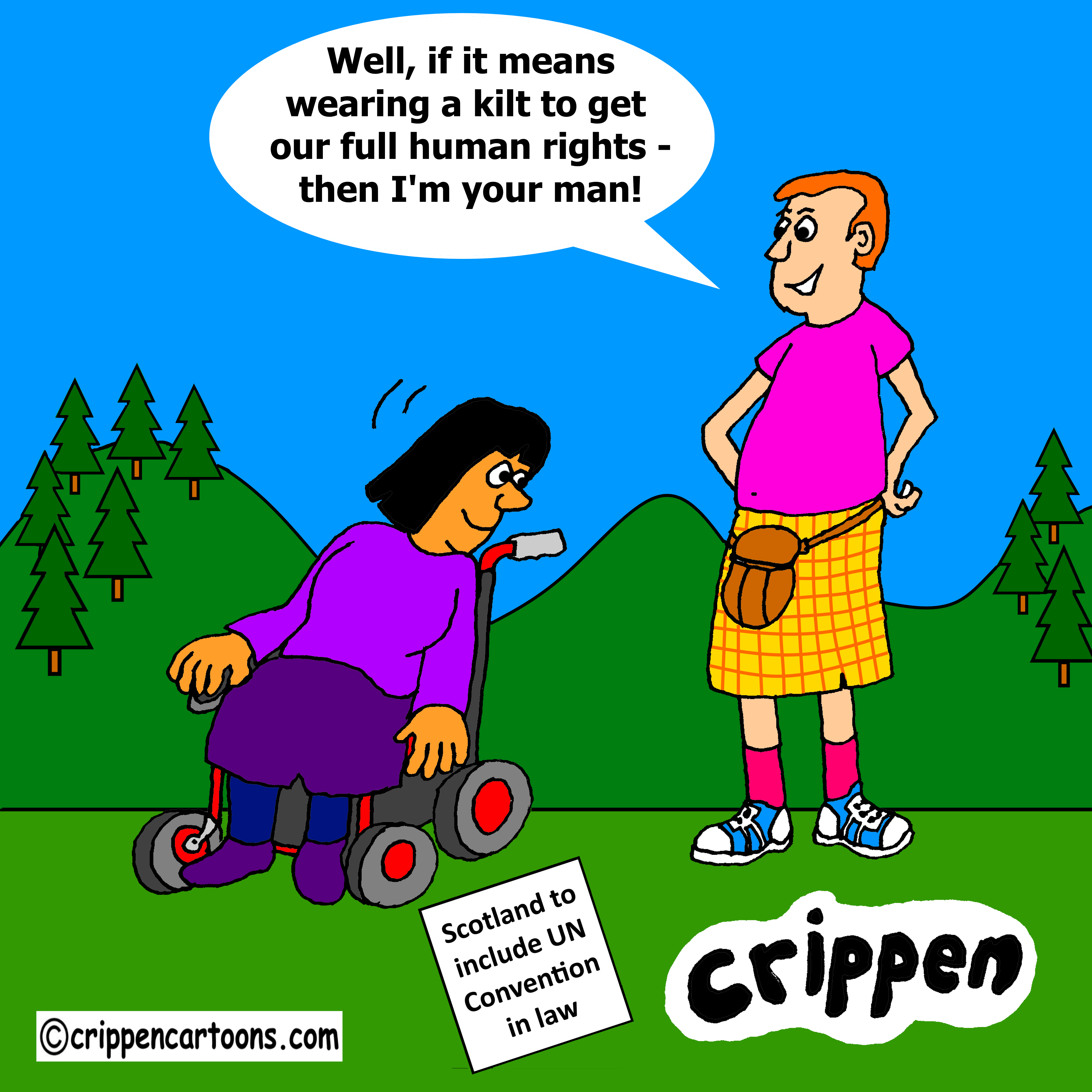 We hear through Disability News Service that disabled people in Scotland could be set for “ground-breaking” improvements to the “protection, progression, and promotion” of their human rights, after their government pledged to incorporate the UN disability convention into Scottish law.

The promise came as the Scottish government accepted the 30 recommendations made in a report by the National Taskforce for Human Rights Leadership.

Among the taskforce’s recommendations is to incorporate the UN Convention on the Rights of Persons with Disabilities (UNCRPD) – as well as three other UN human rights treaties – into Scots law, although it recognises that there would have to be a “progressive” realisation of these rights.

Heather Fisken, Inclusion Scotland’s director of policy and research, said: “Disabled Scots have been calling for full and direct incorporation of the convention for years.

“This is ground-breaking stuff, and it signals greater protection, progression, and promotion of our human rights. We will be calling on the new Scottish government to ensure that disabled people are closely involved in the development of the bill and that this happens as early as possible in the next parliament.”

As you’ll be aware, UNCRPD is currently not incorporated into UK law. This means that its protections, including article 19, which provides a right to independent living, are not legally binding in the UK, although they can influence UK court decisions.