For many visually impaired people who recently tried to access National Rail websites it was as if someone had decided to make the sites as inaccessible as they could. 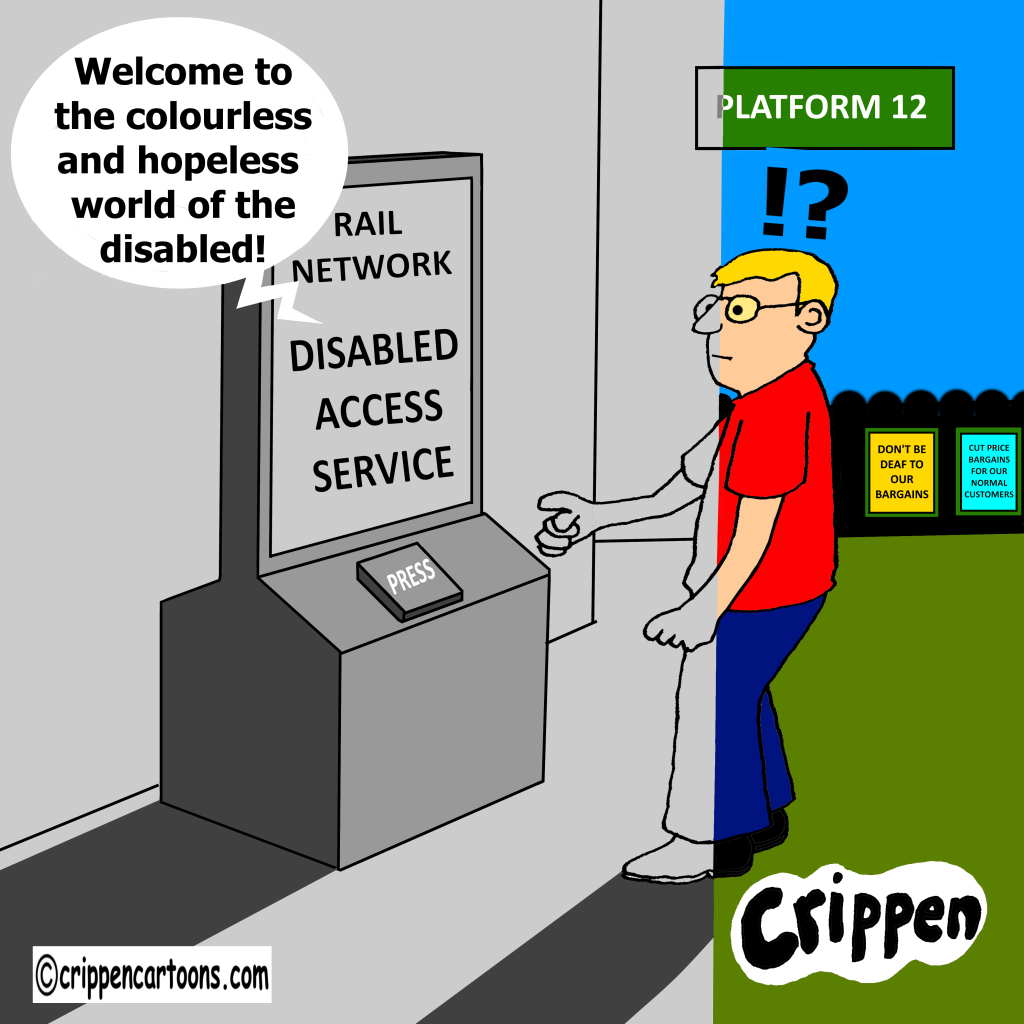 Network Rail and National Rail websites had turned from colour to grey scale overnight rendering them completely useless to people with visual impairments. By the end of the day other train operators, including Cross Country and Northern rail, had also removed colour from their websites.

The reason for this? Well, it was someone’s bright idea to do this as a tribute to the Duke of Edinburgh who had died the week before. However, they soon realised that the gesture had backfired after disabled customers highlighted accessibility issues and complained they could no longer use the websites.

Robin Spinks, the innovation lead for the Royal National Institute of Blind People, added: “As someone who is registered severely sight impaired, good colour contrast on a website is incredibly important. A lack of this makes it difficult for me to read the content and causes headaches and eye strain. It leaves me feeling unwelcome as a customer”.

A Network Rail spokesperson said: “We temporarily made our website grey scale as a mark of respect following the death of HRH the Duke of Edinburgh. We’ve been made aware this has caused problems for people accessing the content so it’s now back to its usual look. We’re sorry it’s caused issues and we thank everyone for their feedback.”

I wonder where all of the money they claim to have spent on disability equality training and access really went?!

You can read more about this fiasco in the Guardian or Disability News service.

Not too bright an idea to respect the dead and fuck the living. How many more years do we have to ask for accessible transport and for the providers to understand what it is? Pathetic suckers sucking up to people who don’t even use their services.