Well, what can I say?! Seems like if we leave the Tories alone, they’re more than capable of shooting themselves in the foot!

The first one comes from Boris Johnson, who in response to a question from SNP MP Mhairi Black about whether one of her constituents had enough to live on after having her benefits cut, Johnson responded:

“The answer to her question, in a word, is no.”

Johnson initially responded to the question with the usual waffle about how the benefit is supposedly helping people. But in a weird diversion from normal practice at PMQs, when the PM doesn’t answer the actual question, Johnson did.

Given Johnson’s comment, it’s clear that even the government is admitting this horrendous system isn’t working. Any decent government would view this as an urgent reason why the benefit needs scrapping. Unfortunately, with Johnson in charge, this is very unlikely to happen.

And another self-inflicted injury comes from the Department for Work and Pensions’ (DWP) head of Universal Credit Neil Couling.

In a tweet he made a bit of a faux pas by dismissing the financial difficulties that people on benefits are experiencing as “scaremongering” and that we must change the way that we speak about benefits, and in particular Universal Credit. The tweet also shows the staggering denial that exists in the DWP about the impact the benefit has on people. 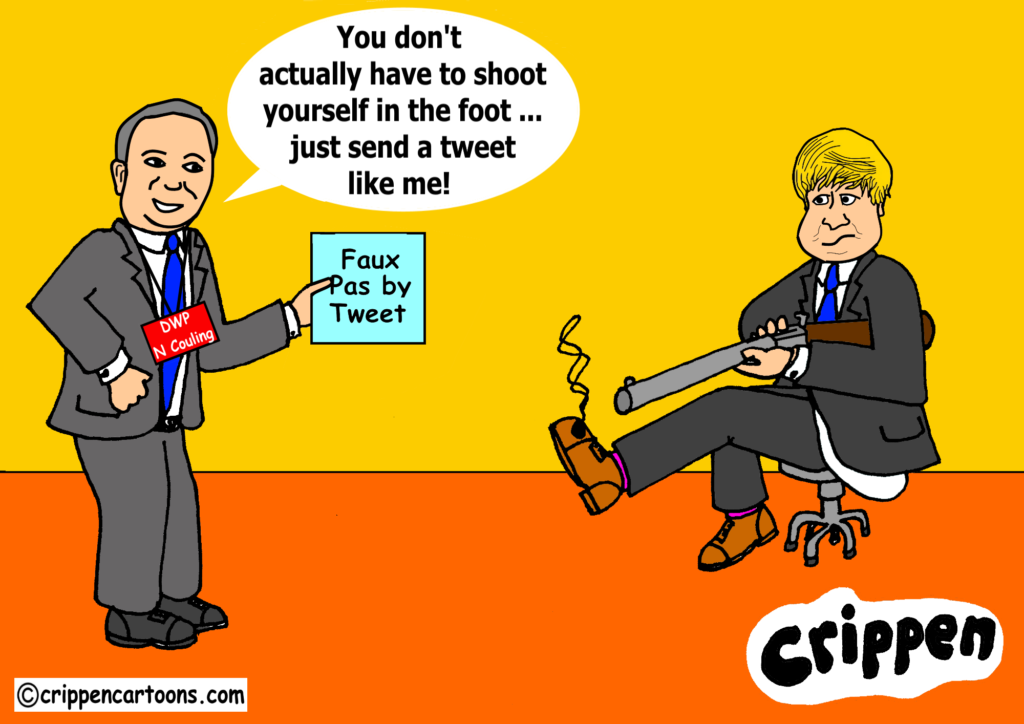 He must be aware that the evidence, including from the DWP itself, paints a much different picture. All of which has been forwarded to Mr Couling, in his role as senior civil servant in charge of Universal Credit.

And just a few examples of people or groups who have said Universal Credit is bad for claimants include:

And the DWP itself has even shown the chaos Universal Credit causes. Its survey in 2017 found that only 25% of claimants said they were “keeping up with bills… without any difficulties”. In total, 72% either struggled from “time to time”, struggled constantly, fell behind, or were having “real financial difficulties”.

As Bill Tanner nicely summed up for 24Housing, this is the same Neil Couling CBE who… told the Work and Pensions Committee that issues over Universal Credit were down to ‘claimant misunderstandings’.

But I like the response from the UN special rapporteur on extreme poverty Philip Alston who, after reading the tweet, said that the benefit should be renamed “Universal Discredit”.