Remember the Poll Tax protests in the early 1990’s? Well, at an online meeting of Disabled People Against Cuts (DPAC) disabled activists have called for opponents of universal credit (UC) across the country to help mirror that campaign and join a new national alliance that is demanding UC is scrapped. 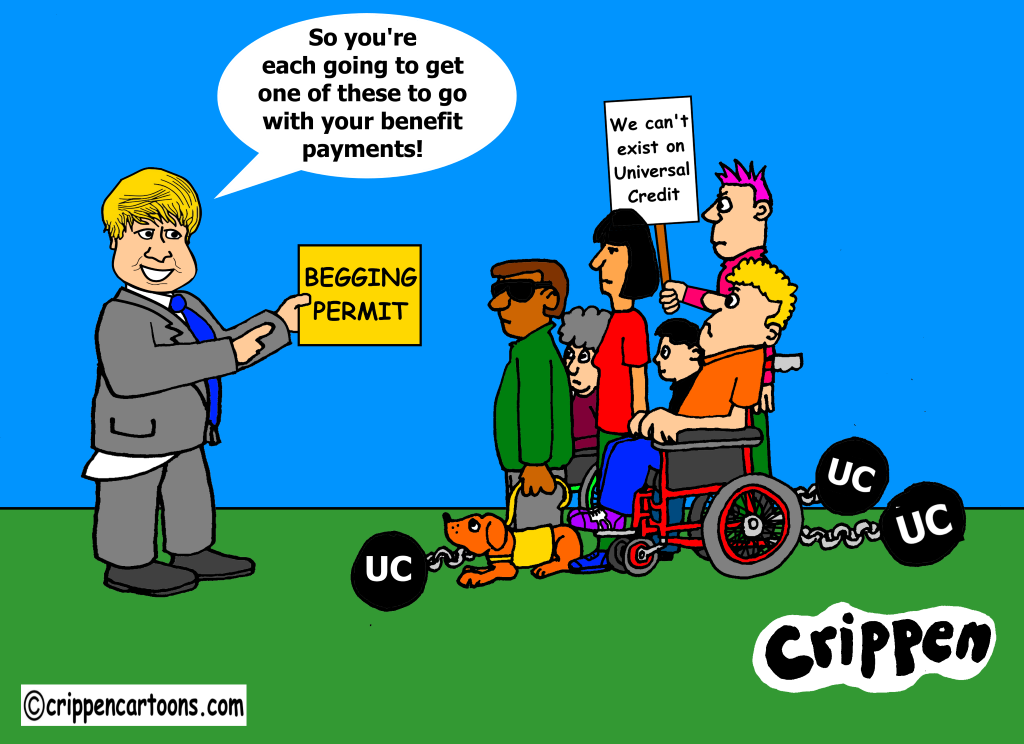 The campaign, which is being organised through the umbrella organisation Scrap Universal Credit Alliance (SUCA), will include disabled activists, disabled people’s organisations (DPOs), unions and allies.

Mark Harrison, from Norfolk Against Universal Credit (NAUC) and the Reclaiming Our Futures Alliance, said Universal Credit was “the 21st century workhouse” and was leaving people imprisoned in their own homes, in debt and reliant on food banks. He said it was “urgent that we step up the campaign” to stop and scrap Universal Credit.

Harrison told the Disability News Service: “I think we need a campaign on a similar level to the poll tax movement, where a grassroots groups in every town, in every city, in every area of the country, had a movement to scrap the poll tax”.

SUCA’s website includes a guide to setting up a local campaign.

Harrison added: “Words are cheap. Unless we organise to get rid of this hated, miserable attack on our rights, which is forcing people into food poverty, into early death and suicide, we aren’t going to do justice to our movement.”

SUCA’s first action will be an online day of action on Wednesday (1 July), if the Department for Work and Pension (DWP) fails to extend the current suspension of benefit sanctions and conditionality, which is due to expire today (30th of June 2020).

Harrison said this day of action could be used to launch local groups to scrap UC.

Will let you know how this develops