In my last Blog about the high death rate amongst learning disabled people during this pandemic, I used an article by journalist Nick Cohen as my source material. At the end of his article he spoke about the language used when talking about ‘people with learning disabilities and autism’ which Bob Williams Findlay, disabled activist and academic found interesting. 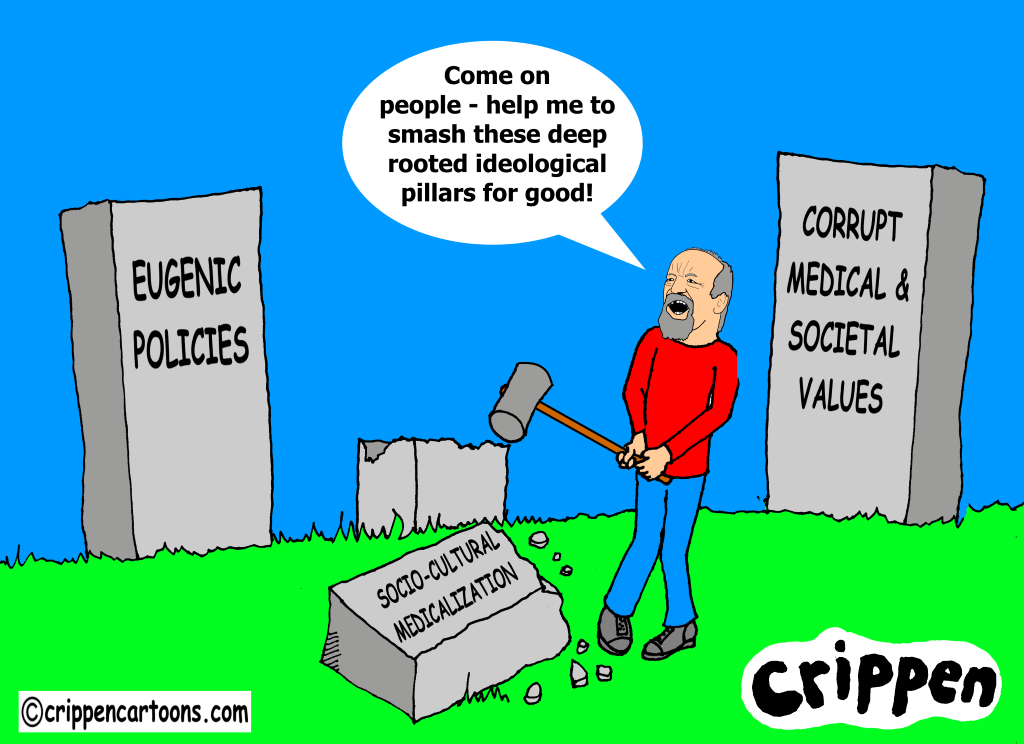 “Everyone from the government to NHS Trusts to media editors now insists on bans on phrases such as ‘the mentally handicapped’. You should not reduce every aspect of the victim’s personality to their condition. Not that you should say ‘victim’ either. As the Time for a Change campaign group said, ‘victim’, along with ‘the afflicted’, ‘a sufferer’, are impermissible too. ‘Many people with mental health problems live full lives and many also recover’…

“The naïve might think that language policing is a sign of a society that cares so much about ‘people with learning disabilities and autism’ it can devote precious time to worrying about the implications of every word used to describe them.

“NHS negligence should squash that comforting thought. As so often, making language purer is a diversion from making lives better. Or in the case of ‘people with learning disabilities and/or autism’ allowing them to live at all. Soft words blind us to what is in front of our eyes.”

Bob Williams Findlay responds: “Nick Cohen’s article in The Spectator is not only chilling, it raises fundamental disability politics. The material facts: the scandalous deaths, eugenic policies and socio-cultural medicalization of people with impairments, have to be addressed alongside the ideological and political issues.

“To see a mainstream publication acknowledge the significance of language is important, but it needs context. Through my line manager, who was on an influential NHS advisory board, I had ‘mental handicap’ replaced by ‘learning disabilities’. Twenty years on, I think I can own that piece of history now, but what this article reinforces is the fact that changing words is only part of what’s required.