After seven years of paying private companies millions of pounds to assess disabled benefit claimants the DWP have finally bowed to pressure and are bringing the process back under state control – or are they?!

Over 70% of claimants who had their benefits stopped by the private firms Maximus, Atos and Capita where able to have them restarted again after successfully appealing. Regardless of this, the assessment companies still received their full payments which outraged disabled people throughout the country. Compounding this were the thousands of people who died or ended their own lives during the process.

In Autumn 2021 disability benefit assessments run by private firms will temporarily stop as part of a new trial of an ‘integrated’ testing system. This will be in a yet-to-be-identified region of Britain which will become the testing ground next year for a system that has oversight of separate assessments for both Personal Independence Payments (PIP) and Employment Support Allowance (ESA).

However, multi-million pounds private contracts will still be issued in all other areas from August 2021 when the existing deals – which have lasted seven years – finally run out. 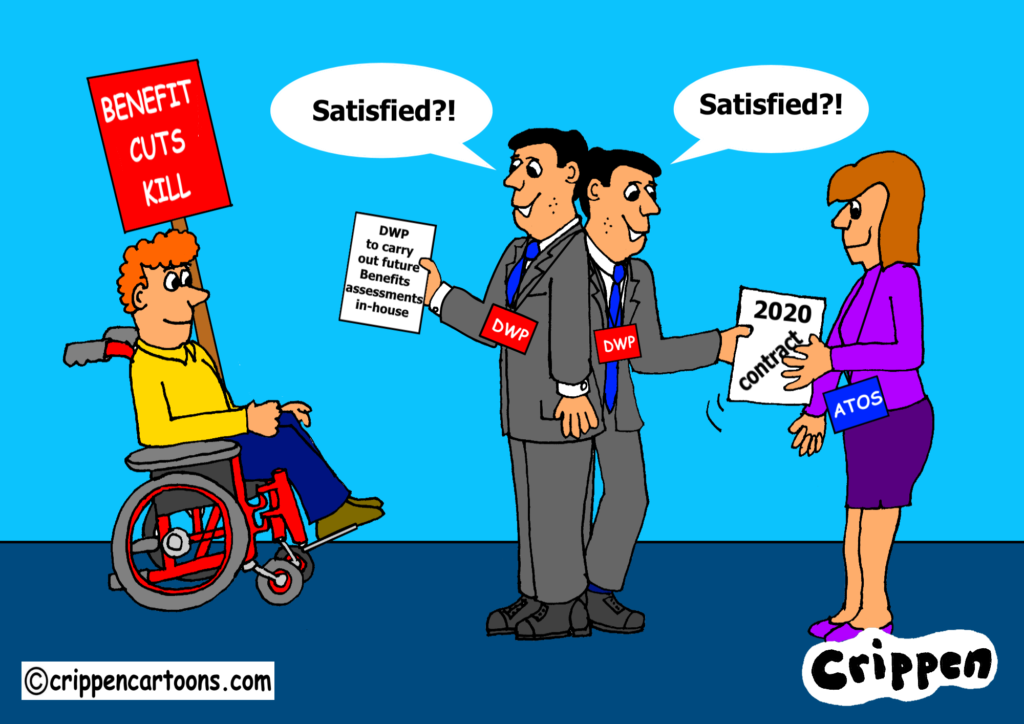 Atos delivers the majority of PIP assessments under the name Independent Assessment Services (IAS) through a contract it has held since 2013. Capita also has a PIP assessments contract. ESA assessments have been delivered since October 2014 by a firm called The Centre for Health and Disability Assessments Ltd (CHDA) – whose parent corporation is US outsourcing giant Maximus.

That is likely to anger critics of the government who say all benefit assessments should be taken back in-house, not just those that are part of the trial. What’s more, ministers have signalled the private firms are likely to regain a role in running the new system once it is up and running.