As you’ll have seen, there’s been a lot of talk about it being 25 years since the launch of the Disability Discrimination Act 1995. I was even persuaded by our over-worked Editor Colin to throw in my own two-penny worth (that’s old money to you youngsters out there!) with an article about the event.

Disability Arts Online · cartoons from 25 years ago and the DDA 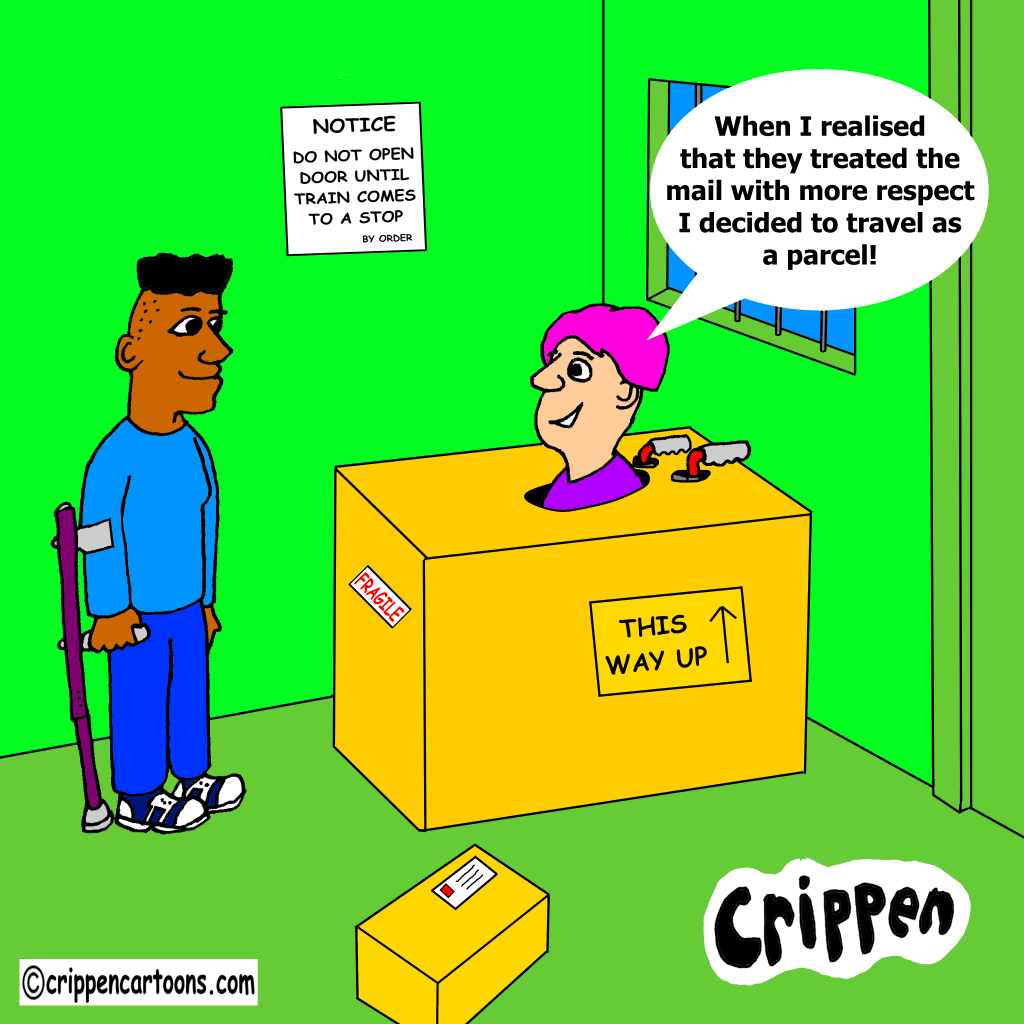 The impact it’s had on me, however, has been to have a quite a few requests from various people to use the cartoons that I created at the time. Unfortunately, these ‘toons were drawn back in the dark ages when black and white imagery was the norm, with an equally low resolution mainly for the printed page. These were created at the time for such publications as Disability Arts In London (DAIL) magazine and the newsletter of the Trades Union Disability Alliance (TUDA News). I now create in colour with a much higher resolution more suited to t’ tinternet.

A couple of the organisations that requested permission to use the cartoons, like the BBC, have in fact, gone ahead and used them despite the poor quality. This has left me with mixed feelings, as these old images don’t really represent the Crippen that has evolved, if you see what I mean.

The two cartoons that have been requested the most have been the one with two vicious looking dogs, representing employers and service providers confronting a little puppy identified as disabled people. As you’ll see, I’ve recreated that one for the DDA article I mentioned earlier. The other one was a cartoon of a young female wheelchair user encased in a box with just her head showing out of the top. She’s saying to a companion: “When I realised that they treated the mail with more respect, I decided to travel as a parcel!”

So, here’s that one, recreated for this blog posting, but this time in glorious colour. And who knows, maybe in another 25 years, this image will be considered outdated?