Disabled activists have paid tribute this week to Sian Vasey – a much-loved, “multi-layered activist” who played a “pivotal role” in the disabled people’s movement for more than 40 years – who died last week. 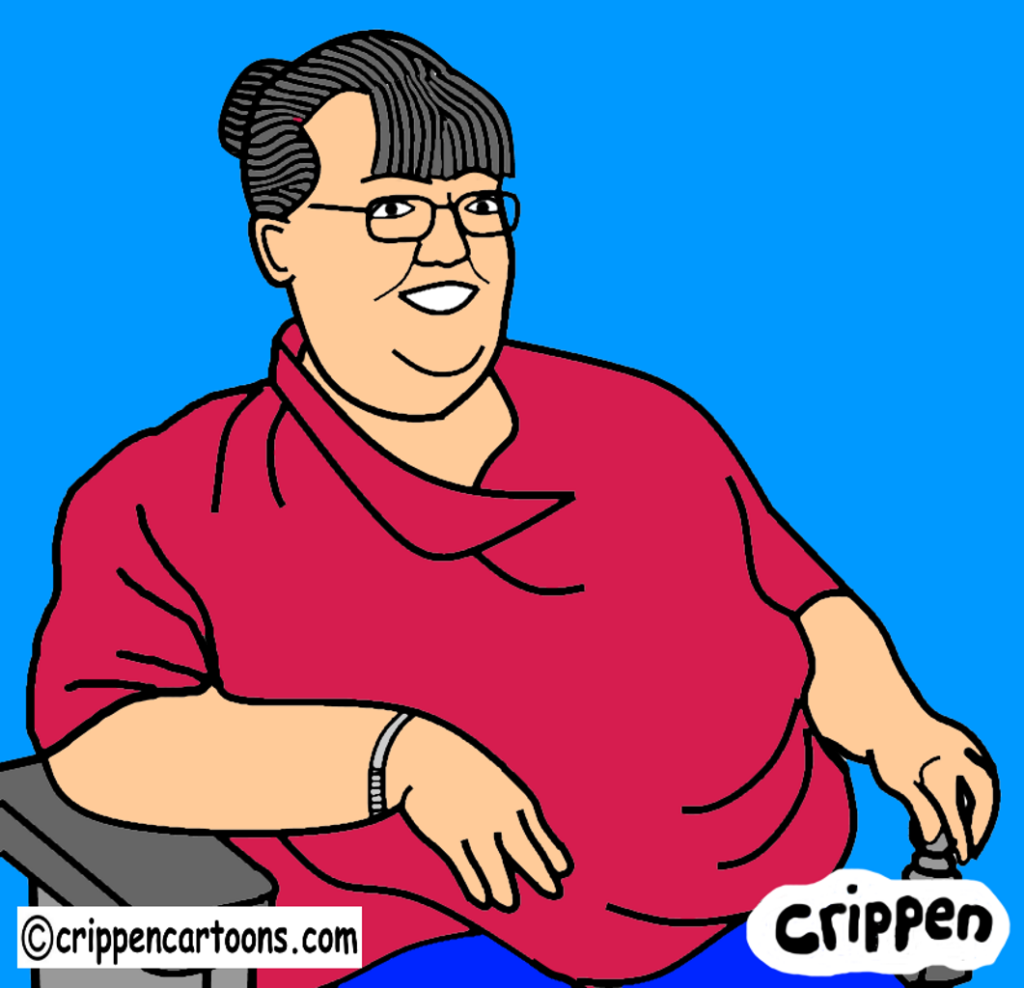 A stream of messages on social media mentioned her contributions as a disabled activist, a pioneering member of the disability arts movement, a BBC producer, a writer, a campaigner on issues such as accessible transport and independent living, and as a Labour party and union activist.

Writing in the Disability News Service (DNS) John Pring comments that many mentioned her wit, her contribution as a role model for other disabled people, and the part she had played in protests as an activist with the Disabled People’s Direct Action Network (DAN) and Not Dead Yet UK (NDY UK).

Mandy Colleran described Sian as “the warrior queen of the disability movement”, and “a role model, a thinker, a leader, an activist, a writer, and a great friend”, and said she was “irreplaceable”.

The DNS article goes on to mention that Sian’s activism with NDY UK often intertwined with her campaigning on independent living.

In November 2014, as NDY UK prepared for its latest protest outside the House of Lords to demonstrate opposition to a bill that sought to legalise assisted suicide, Sian said: “Many of us need support with our daily routine, washing, dressing, continence and going to the loo but this in no way affects our well-being, or diminishes our dignity. We get the help we need, but we have had to fight hard to get it. It is a tragic fact that this is a primary cause of such people wanting to end their lives prematurely.”

Sian was also a member of the pioneering Union of the Physically Impaired Against Segregation (UPIAS) in the 1970s, and played a key role in setting up another pioneering disabled people’s organisation, London Disability Arts Forum. She was later director of Ealing Centre for Independent Living (ECIL) and was awarded an OBE in 2009 for services to disabled people.