Senior officials at the Department for Works and Pensions (DWP) have recently pocketed over £1m in bonuses as a reward for their work in the Tory flag  ship benefits-cutting department.

This, despite criticism from opposition MPs, groups and organisations of disabled people, and anti-cuts campaigners, including family and friends of those people who have died following cuts to their benefits. 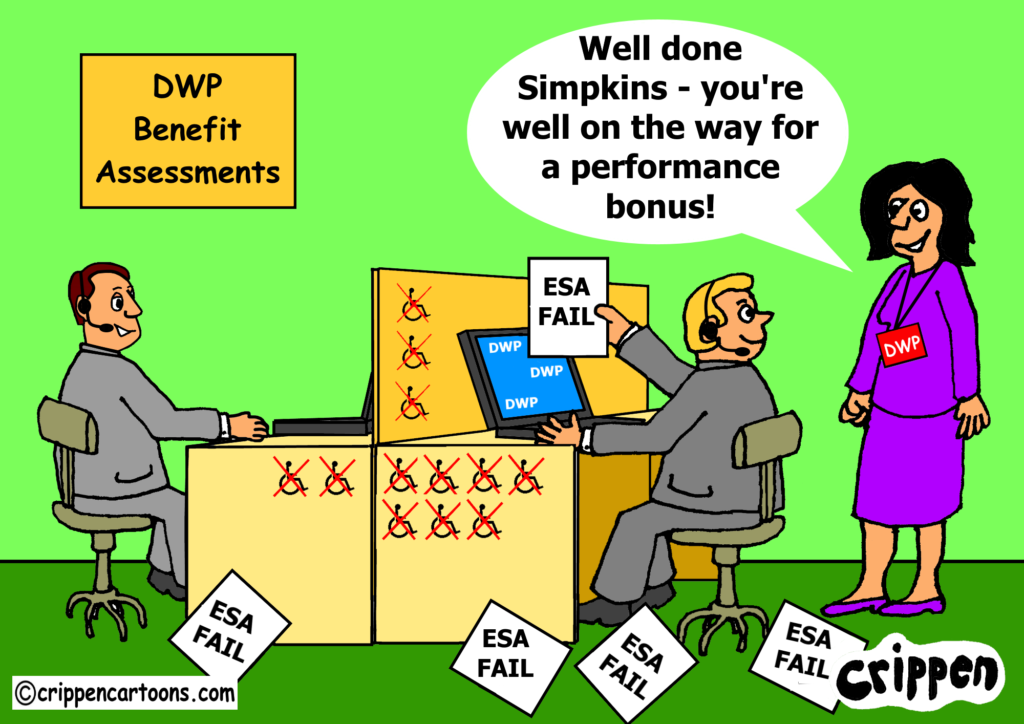 One of the opposition MPs to speak out is Scottish National Party Shona Robison MSP who said: “This is a really bad look and the UK government should look twice at a system that rewards senior officials while punishing those dependent on their service.”

She added: “It beggars’ belief that DWP chiefs are taking big handouts while families across the country are struggling due to sanctions and the rollout of Universal Credit.”

Labour MSP Mark Griffin also commented: “Under the Tories we have witnessed our social security system being cut to the bone, with those most in need hit hardest. Senior civil servants, who implemented these policies, receiving such huge bonuses year after year is shocking. However, it is those who brought those policies into being, the Tories, who must shoulder the blame for their cruel cuts.”

The DWP has been at the forefront of the Governments’ drive to cut social security. Universal Credit was supposed to streamline the benefits system, but, originally mis-managed by its chief architect Iain Duncan Smith it was underfunded and ended up plunging more than 4million people in the UK into debt. This was also compounded by disabled people having to pass strict ‘fit to work’ tests that were overseen by profit making companies such as ATOS.

A DWP spokesperson said: “As is standard practice across the Civil Service, only staff performing well in their role receive a bonus. All payments follow strict Cabinet Office rules.”

Makes you wonder what criteria is used when assessing just how well a DWP worker performs?

Indeed… disability discrimination seems to be at the heart of government institutions like the DWP. Just take a look at the recent Panorama documentary unravelling terrible stories of disability discrimination enacted against disabled employees of the DWP – leading to nearly a £1million handout in the last year or so to those bringing cases against their employer https://www.bbc.co.uk/iplayer/episode/m000g6rz/panorama-the-million-pound-disability-payout

I keep meaning to Blog this but having trouble keeping up with the other stuff that’s coming out of the woodwork about this government!