Speaking with some fellow Crips the other day, I was surprised to hear that some activists still regard the late Bert Massie as a bit of a turn coat. 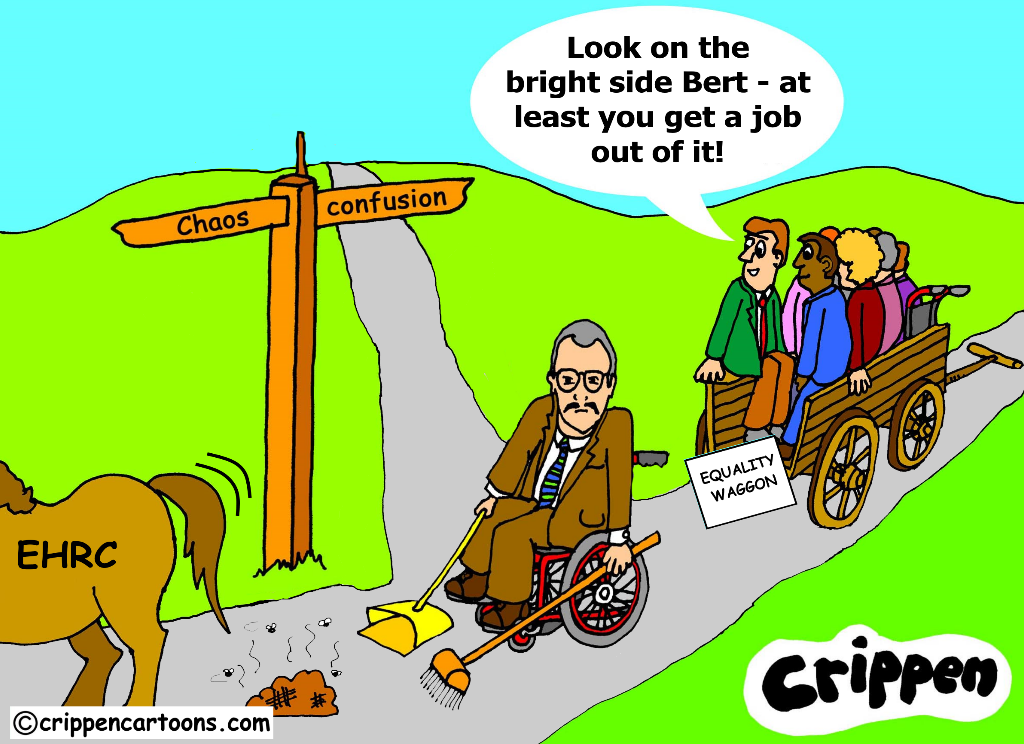 The terms “sleeping with the enemy” and “getting into bed with the establishment” were used to describe his acceptance of a CBE after serving as Chair of the Disability Rights Commission from 2000 to 2007, and then being a founding Commissioner of its successor the Equality and Human Rights Commission.

But I knew a very different Bert …

In the nineties and then into the noughties I was writing and creating political cartoons for magazines and newsletters of various groups and organisations of disabled people about the fast-changing scene of disability equality. These included Disability Arts In London (DAIL) magazine, the Trades Union Disability Alliance newspaper (TUDA News) and the Greater Manchester Coalition of Disabled People (GMCDP) magazine. Often my stories needed some verification or background that was difficult to obtain and this was where Bert came in.

All I had to do was pick up the phone, explain what I needed, and he would unfailingly deliver. In fact, it was Bert who told me that no-one had picked up on the fact that when the Disability Discrimination Act (DDA) was replaced by the Equality Act in 2010, all of the case law that had been accumulated under the DDA would be thrown into the bin. We would have to start right back at square one, building up the case law that established our rights in legislation.

We were able to run with this story in the TUDA News (which was circulated throughout parliament and the House of Lords pushed by the indomitable Jane Campbell) and a strong lobby emerged to try and stop this happening … unfortunately without any success, despite Bert and Jane’s best efforts.

I’d sometimes get a cryptic note from him pointing me at a potential situation that he felt needed a Crippen cartoon, sometimes making himself the butt of the joke in order to get a valuable point across for our cause. When he died in October 2017 aged 68 of cancer, we lost a strong ally in our fight for civil rights for disabled people.

This was his favourite cartoon!