It will argue that it does, although this is usually with those organisations that are not user-led or with those individual tame crips who are only in it for themselves (Ed: surely not?!). 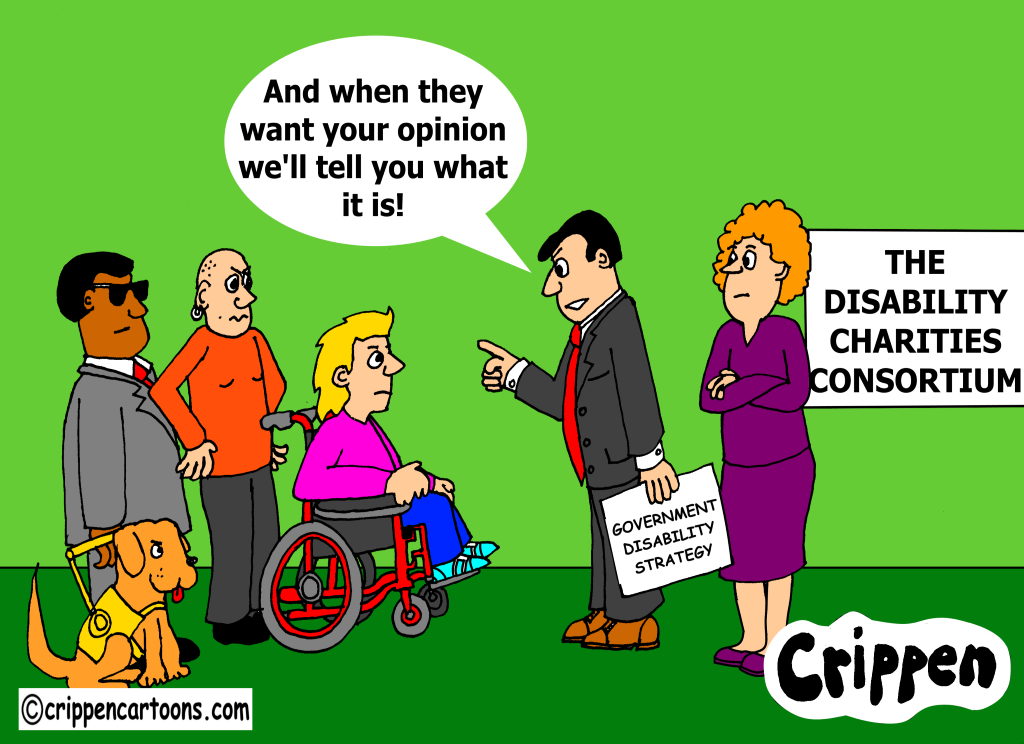 So, when we hear that the government’s new Disability Unit has announced that it was engaging with disabled people on developing its National Strategy for Disabled People, why are we not surprised when they announced that it had been holding meetings with the 10 disability charities that make up the Disability Charities Consortium (DCC).

The DCC is almost entirely made up of non-user-led charities including Mencap, the National Autistic Society, Mind, Leonard Cheshire, Scope, Action on Hearing Loss, RNIB, Sense, and the Business Disability Forum.

So, it’s the same old, same old … no change there then!

We shouldn’t need to remind the government that they signed up to the UN Convention on the Rights of Persons with Disabilities (UNCRPD)* and agreed that they would only engage with Disabled People’s Organisations (DPOs) when planning anything relating to disabled people. Indeed, the UN stated: “We don’t think that the disability charities and members of the DCC … are either representative or can speak on behalf of disabled people.”

On second thoughts though, perhaps we do need to remind them!

You can also follow Crippen on his own Blog at www.crippencartoons.com