Our friend and colleague Dolly Sen has taken her protest out on the streets again and this time it’s the Department for Work and Pensions (DWP) that comes under her critical scrutiny. 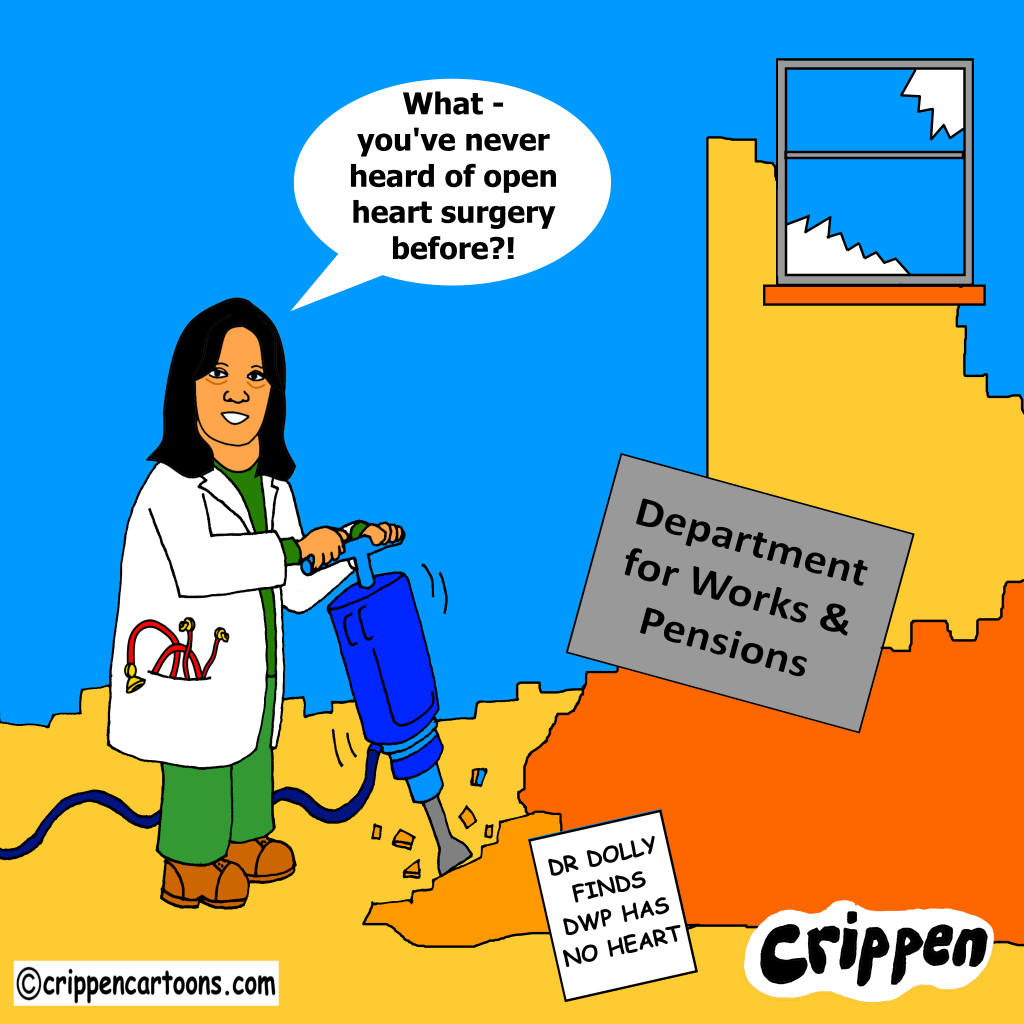 In an action designed to highlight DWP’s lack of compassion, Dolly Sen delivered a printed heart to DWP’s Caxton House headquarters in Westminster and laid it at the front entrance. She said that this was because the DWP had no heart (Dolly had tried listening for one with a stethoscope up against the building!)

Dolly also decided to ‘Section’ the DWP for being a danger to benefit claimants. She then stretched yellow and black tape across the front and rear entrances of the building to demonstrate that it was being sectioned under the Mental Health Act.

She accused the DWP of lacking kindness, compassion and decency in the way that it treats disabled people who claim benefits such as personal independence payment and employment and support allowance, adding that the department had driven many claimants to their deaths.

The Disability News Service (DNS) pick up the story from here and report that as the action ended, a police officer – apparently called by DWP – arrived but was happy to allow Dolly and her team to leave after she explained why they were there. She told the officer about the deaths of benefit claimants including Jodey Whiting and Errol Graham, both of which were closely linked to DWP failings.

Sen told DNS later: “I am glad they called the police.

“It means that something we did riled them, unsettled them. It obvious struck a nerve. There was a reaction.”

Asked why the action was important, she said: “People are still dying.

“I am still seeing people who are suicidal being asked to do impossible things like 200 job applications when they struggle to do basic day-to-day living.”

Her message to DWP, she said, was: “Where is your heart? Today I was looking for your heart and I couldn’t find it.”