Two disabled campaigners identified as TP and AR, have delivered another humiliating defeat to The Department for Works and Pensions (DWP) through the High Courts. The DWP tried to defend their actions involving a huge drop in income for severely disabled people moving on to Universal Credit but was told by the courts that this was unlawful.

There had already been two previous high court decisions to protect claimants in receipt of severe disability premium against a drop in income under the new benefit. These cases were also brought by TP and AR, who had sought justice after their benefit income was reduced by £180 a month when they were required to claim universal credit after moving to a new house in a different local authority area.

The DWP had proposed new regulations to prevent other severely disabled people moving on to universal credit and to compensate those who already had done so. But it decided those who had moved on to the new system before 19 January 2019 would get just £80 a month in compensation.

In May 2019 the court ruled again that this was unlawful after TP and AR launched another legal challenge to this decision. 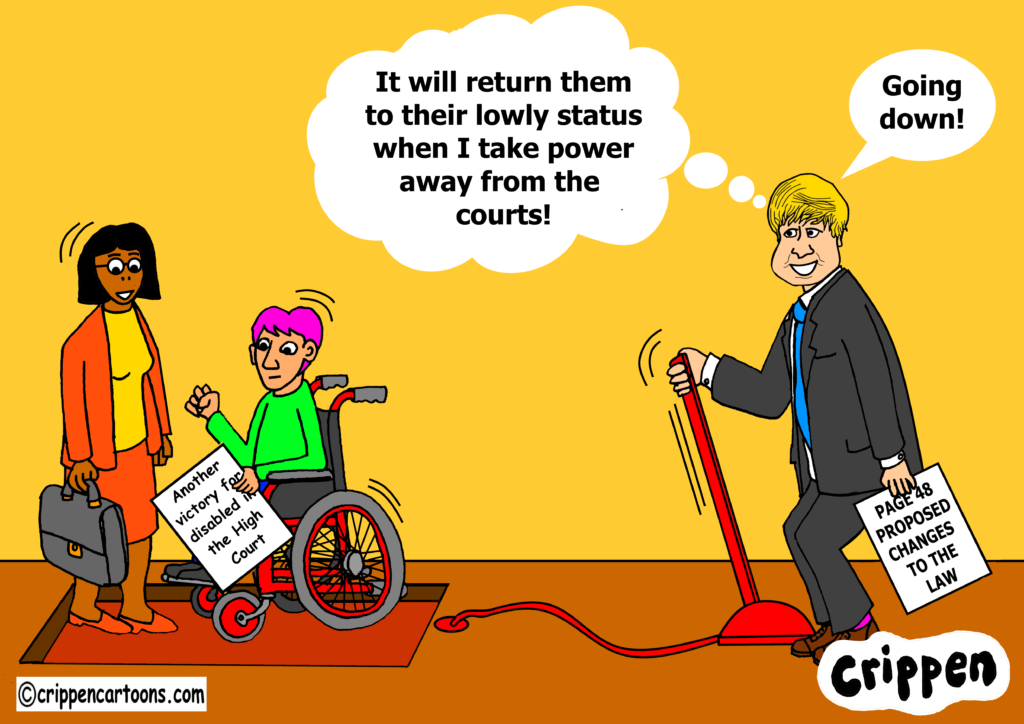 So, what next? With Boris Johnson threatening to change the law and effectively prohibiting the courts from getting involved in government policies in the future, appeals like this could be a thing of the past. But we shouldn’t be too surprised. The Tories have a history of changing the law to suit their policies. Several years ago, Iain Duncan Smith managed to retrospectively change DWP legislation to reverse the outcome of a court of appeal decision and “protect the national economy” from a £130m pay-out to jobseekers deemed to have been unlawfully punished.