So, instead of just throwing the baby out with the bathwater, Boris Johnson seems determined to flush most of the disabled community down the toilet along with anyone else who falls within the ‘at risk’ category. 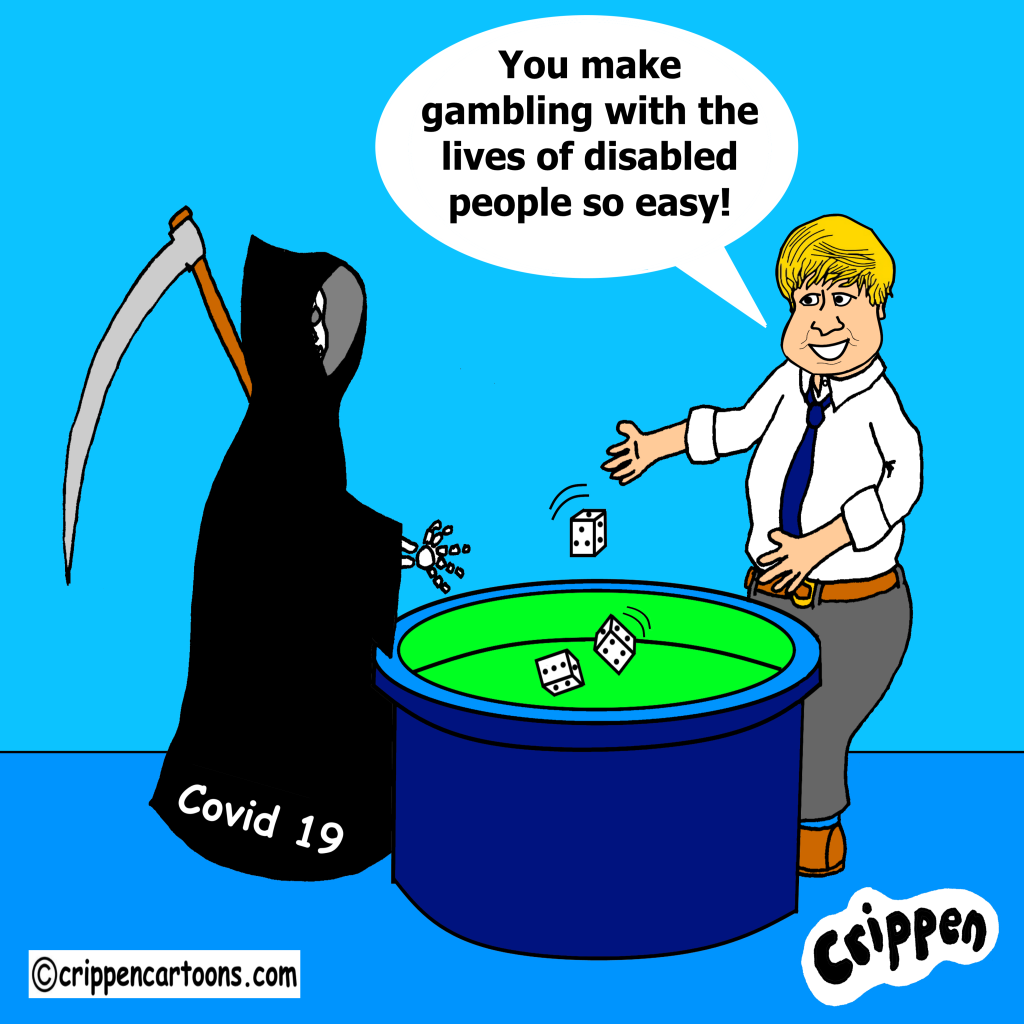 Despite Covid cases having risen to their highest level since January, he is determined that most remaining Covid-19 restrictions in England will be lifted on Monday 19th July. This is in spite of a backlash from government scientific advisers who have warned that doing so would be like building new “variant factories” according to an article in the Guardian.

The move to remove restrictions has been supported by the new health secretary, Sajid Javid, despite his  recent claims that, based on scientific evidence, it would not be possible to eradicate the disease and that the country would have to “find ways to cope with it”, as we did with flu.

One of the government advisors Professor Stephen Reicher pulled no punches when he commented on Javid’s claims. He said: “It is frightening to have a ‘health’ secretary who still thinks Covid is flu. Who is unconcerned at levels of infection and who wants to ditch all protections while only half of us are vaccinated!”

Meanwhile a further 24,248 cases were recently reported in the UK – up from 15,953 on the same day the previous week with the north-east of England recorded a particular surge in infections. Only Oxford and Tamworth have recorded greater increases during this period.

A worrying final note from Christina Pagel, a professor at UCL who said: “Something weird is happening in the north-east, and it’s a bit worrying. Not only are cases there rising rapidly, so is hospitalisations and the proportion of tests recording a positive result.”

So, watch yourselves folks. I for one will continue to wear a mask whenever I’m mixing with people who are not part of my bubble. I’ll also still keep following the advice of the medics by washing my hands frequently and socially distancing myself. Boris may succeed in culling a high number of us with his latest gamble, but I’m determined it’s not going to include me!

I’m doing what Crippen is doing to stay covid free. wearing masks, washing hands.But i’m also inclined to travel about more (keep health appointments, connect, etc) so i look at infection rates. Last week i was due to go to tamworth to see my mom. My infection rate served as a warning not to go. It only takes one minimal contact. I went camping in wiltshire instead. Infection rate below normal plus outside life with walks where you barely see a soul. We must all assess our own risks and act on it. Stay safe. Stay well.