Latest catch-22 scenario from the Department of Work and Pensions (DWP) comes to light as claimants of disability benefits who successfully overturned decisions at tribunal are being told their support could still be cut off. 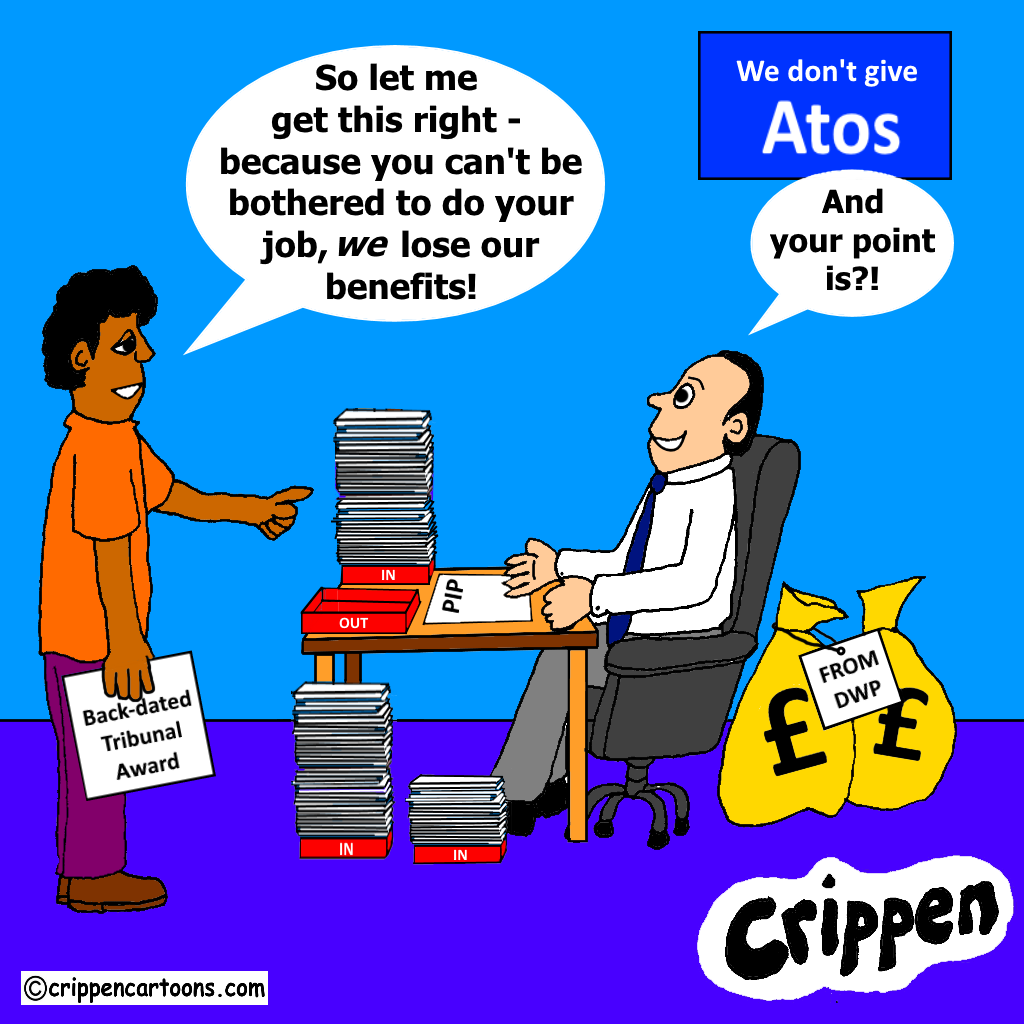 This means the government is effectively “punishing people for having asserted their right to a fair hearing in court”, according to one welfare rights expert reported in Disability News Service (DNS).

Apparently, because of a shortage of assessment personnel and a backlog of claims caused by the pandemic, the process to get the tribunal rulings enforced is grinding to a halt. Claimants of personal independence payment (PIP) who previously secured awards at benefit tribunal hearings are being told their payments will stop if their new PIP claim has not been approved by the time their award ends.

They are also being told that if PIP assessment providers Atos and Capita are not able to complete their assessments and pass their recommendations to DWP by the end of their fixed term, their payments will automatically stop. Which means that if Atos and Capita don’t do what they’re paid obscene amounts of money to do, these multi-million pound companies get off Scott free whilst the claimants gets penalised.

Finn Keaney, welfare rights team lead for Mind in the City, Hackney and Waltham Forest, said: “The government should not be punishing people for having asserted their right to a fair hearing in court, but that is exactly the effect that current policy has.”

Yet another story highlighting the moral bankruptcy of the DWP … why are we not surprised?!

Ralf Kruger (Facebook – DPAC) – My last WCA was in September. I got a letter in Jan to say I’ll be okay for 2 years. Got a letter last week to say I’ll be having another WCA on Monday. May I suggest that instead of hassling people every six months, despite saying otherwise, to use those resources to deal with the backlog?

Brian F Kirkham (Facebook – DPAC) – An interesting thing – DLA/PIP was supposed to be done and dusted by last year…simply said – it hasn’t. Instead the focus has been on the Work-Focused Assessments for Employment and Support Allowance (WCA) …. I’ve had that assessment….now…if I’ve been told I’m not capable for work with the information already handed to DWP – shouldn’t they look at it and act accordingly ???
–

John Jones (Facebook – The Socialist) – The aim of the Jobcentre is to surveil, profit from, and reduce payments to its citizenless claimants. All claimants are citizenless until they sign off. The proof of this is that they have to sign a temporary contract (“claimants contract”) to get help from ‘the nation’.