This year my fellow trouble maker Caroline Cardus and I were lucky enough to be funded by Future’s Venture – a radical art fund – to launch some art interventions under the project name of Section 136. Section 136 is a radical mental health art-action programme where madness is questioned, and institutional monsters are confronted using art, love, rage and sheep. In the ‘normal’ world Section 136 is basically a police power to remove madness from the streets, by detaining those acting in a way that is harmful to itself and others.

But my question is what is madness? We live in crazy-making times, and people are becoming more and more distressed because if it. Psychiatry would like to say it is to do with a broken brain. I say it’s to do with a broken heart. This society breaks our hearts again and again. Khrisnamurti said ‘It is no measure of sanity to be well-adjusted to a sick society.’ 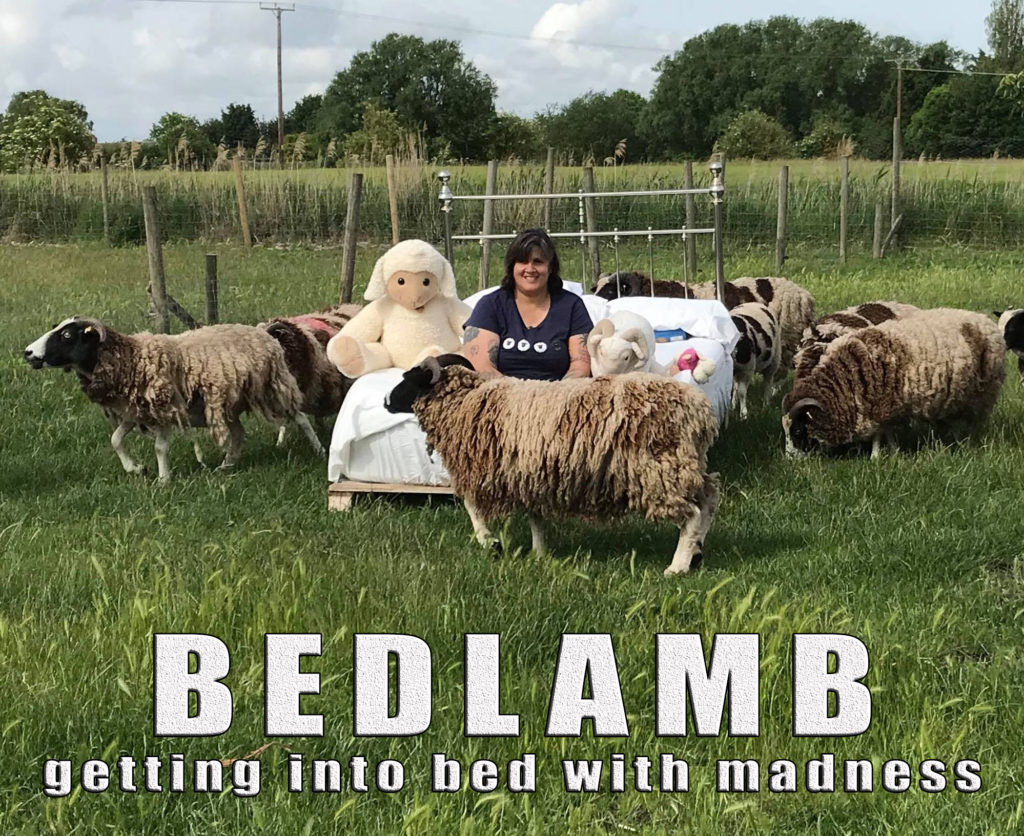 One of the interventions in the project is Bedlamb. Bedlamb is going to be conversations that takes place on a bed covered with cuddly lambs in unusual locations which contrast or compliment conversations about issues surrounding madness. Bedlamb is named in reference to Bedlam, the nickname for the original Bethlem Institution for the care of mad people and also a word that means ‘uproar and confusion’. It also comes from my long term affinity for lambs and sheep as herd animals that are meek and biddable, giving those who control them much, yet needing very little. Lambs represent innocence and sacrifice. In Bedlamb, I will be talking to a range of people about what is madness and why people are going mad, and it will be turned into a film.

We have come up with a few locations in London and Great Yarmouth to do this as we are interested in what the ordinary person on the street thinks of madness and the reasons behind it, but our first day of filming was actually in a sheep field in Peterborough to set the scene. Caroline has a mate whose parents own a small holding, which includes sheep. SHEEP! Did I tell you I love sheep? It was a dream job. We were told by Tim, their owner, that they were easily bribable with rich tea biscuits so the hope was to some talk to camera explaining Bedlamb with sheep sharing the screen with me. I also hoped to interview a sheep, but they weren’t interested in talking about madness. Being baaaarmy is human thing. We set the scene by placing the airbed with headboard in the field, and then topping the bed with cuddly sheep. The sheep watched with am-ewe-sment at these strange humans invading their space and wondered why we had fake sheep. I think they were ready to protest at these fluffy scabs who were willing to work for no biscuits. You couldn’t pull the wool over their eyes. They weren’t going to be fleeced out of anything. I have to say they were professionals, milling around the bed as I did my pieces to camera as long as I fed them biscuits. They were quite gentle. I keep all my fingers. But soon they got bored of the work and biscuits and Caroline had to act as a sheepdog to get them in frame. But mostly they flocked off. One of the older lambs, April, was a good sport, who would still work for rich tea biscuits and she shared the bed with me as I pretended to have 40 winks. Yes, a mad thing to do but I am an expert in my field. Can’t wait to take this bed on tour and raise bedlamb in strange places and see what people say. It is going to be an interesting experience – baaaa none.

You can read more about Section 136 at www.section136.co.uk 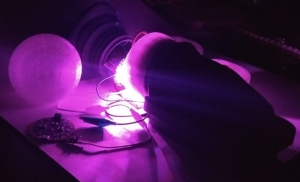 Fab ewe Lous – looks like a lot of fun and interesting discussions ahead –
I’m glad the sheep played with you – April is a superstar!!
Caroline clearly made a good shepherdess going on the picture!
Well done everyone x