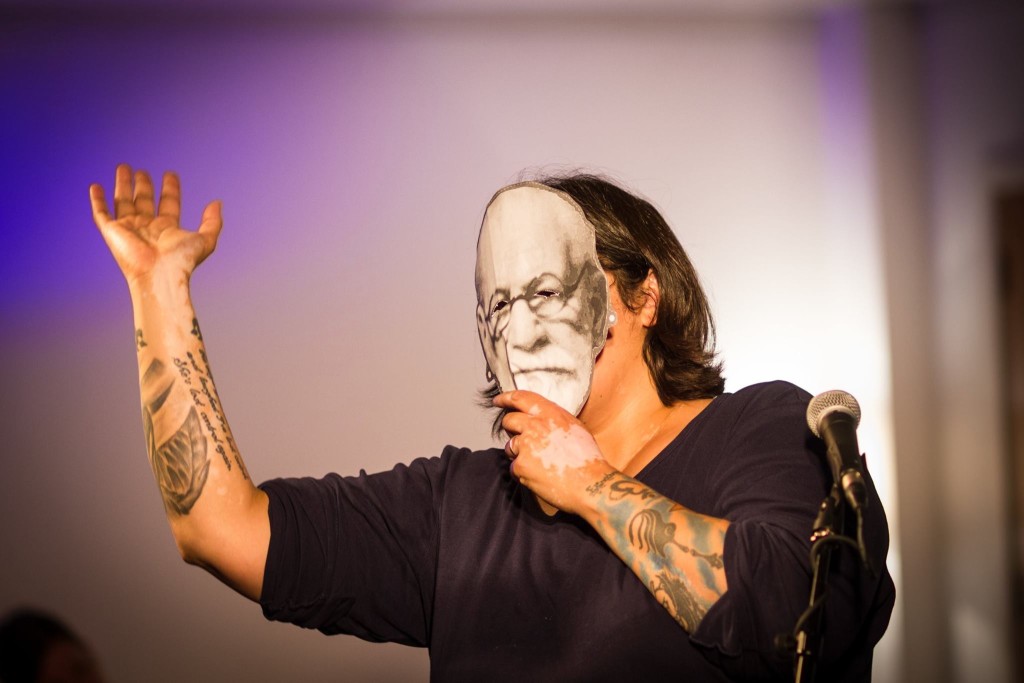 I am thrilled to be one of the recipients of the latest Unlimited awards, partnering with the Wellcome Trust. I saw the shortlist of the amazing projects of other artists and feel lucky I was chosen. I must thank my lovely producer Caroline Cardus for her hard work putting the application together.

I have more ideas in my head than I know what to do with, but this idea has been floating around in my brain for years, ever since I helped Anna Sexton do her Phd around the mental health archives at the Wellome Trust and saw how little of the survivor voice is in the archives, how the human being was lost, silenced, demonised by the professional voice.

Why should the people who’ve never visited a land be that country’s prime historians? How can we tell our true stories when our words are seen as sickness? The mental health archives at the Wellcome Library, as they stand, have observable data of inobservable worlds. Having mental health lived experience filtered by mental health professionals, is like lions representing bird song in roars.

The hidden song from the perspective of the individual has been lost or never valued in the first place. This is particularly true for groups discriminated against in society who have also been known to the subject of institutionalised discrimination from psychiatry.

My proposal is for a combined arts project (literature, performance, film) exploring and challenging the narrative in existing mental health archives. I believe they will be incomplete until those who have been labelled mad tell their side — not of their given labels but of their experience of psychiatry and the paths that led them there.

Birdsong from Inobservable Worlds, will offer three publications and three performances which will be made into a film to go into the archives.

I will explore the impact of a profession where some people are pathologized for identities historically judged as problematic, or labelled mad in the absence of a correct diagnosis. E.g, women diagnosed with ‘hysteria’, which is Latin for ‘wandering womb’. I am going to do this by dressing as a wandering womb and talking to people about women’s mental health!  People of colour given a diagnosis of ‘drapetomania’, where slaves were pathologized for wanting to escape. Gay people who were given shock treatments to ‘cure’ them of their homosexuality.

My three publications will be survivor accounts in the mental health system. I will look at the experiences of being a woman, being a person of colour and being LGBT+. This is my way of adding ‘birdsong from inobservable worlds’ unfiltered into the archives to place equal emphasis on the beauty of human voices suppressed under the auspices of science.

At the core of my practice is the belief that if you take the beauty out of a human being, you dehumanise them. That is one of the biggest failings of the work of psychiatry. Psychiatry asks what’s wrong with you, but I believe it’s time to have uncomfortable conversations about what’s wrong with psychiatry. What happened to people before they came to psychiatry? What happened to them whilst under psychiatry? And why is beauty not allowed to be part of the human beings mentioned?

My three performance pieces will be radical exposés of the ridiculousness of such practices. I will ask why psychiatry has manufactured treatments for conditions outside of the realm of its understanding and if it is still doing so.  You know me: This project does not merely want to write the survivor voice into the history of mental health, it wants to graffiti over the hurting and devastating bullshit, and dance on the dead ideas that are still annihilating the hearts and minds of women, queers, and people of colour, and sometimes their bodies too.

It is time to unmute the survivor story.

If you are interested in submitting a chapter to any one of the books, please email me at: dollysen70@hotmail.com