The majority of the filming of Bedlamb has been done. BEDLAMB is my film project on conversations on mental health on a bed covered in cuddly toy lambs, funded by Future’s Venture. The title ‘Bedlamb’ is a nod to ‘Bedlam’, the nickname for the original Bethlem Psychiatric Hospital. The conversations were located into two very distinct places: the current incarnation of Bethlem Hospital, situated in Beckenham, Kent; and then at the seaside town of Great Yarmouth in Norfolk. I have direct links to both places at the moment. I curated an art exhibition on art and protest at the Bethlem Gallery, which is part of the Bethlem site, and I presently live in Great Yarmouth.

I expected two different experiences from those two separate geographical and cultural positions. The Bedlamb at the Bethlem was stationed under the burdened gazes of the famous raving and melancholy madness statues. The day of those conversations was also the same day as the private view of my exhibition, so I knew I would have people well versed in mental health, arts and activism having a chat with me and they knew the subject matter intricately, as did a couple of dogs who joined me on the bed to give me their deep thoughts.

In Great Yarmouth, Bedlamb was pure experiment: it was literally asking the person on the street what they thought about mental health. I was lucky enough to get some publicity for it in both a BBC News article and a Radio Norfolk interview, so it did raise some interest. We parked the bed outside the X Marks the Spot Gallery, close to the town centre. Once we set up, people were intrigued and kept looking over to where we were, but when I made eye contact with them, they quickly looked away. After the first twenty minutes of no-one getting on the bed to chat, I thought the day was going to be a failure. It took once brave soul to get the ball rolling, and after that a steady stream of people gave their thoughts on mental health. I did not have any dogs joining me on the bed in Great Yarmouth, but I did have a group of siblings who all gave the same answer to the question: ‘What makes you mad?’ The answer was: ‘My brothers and sisters!’ 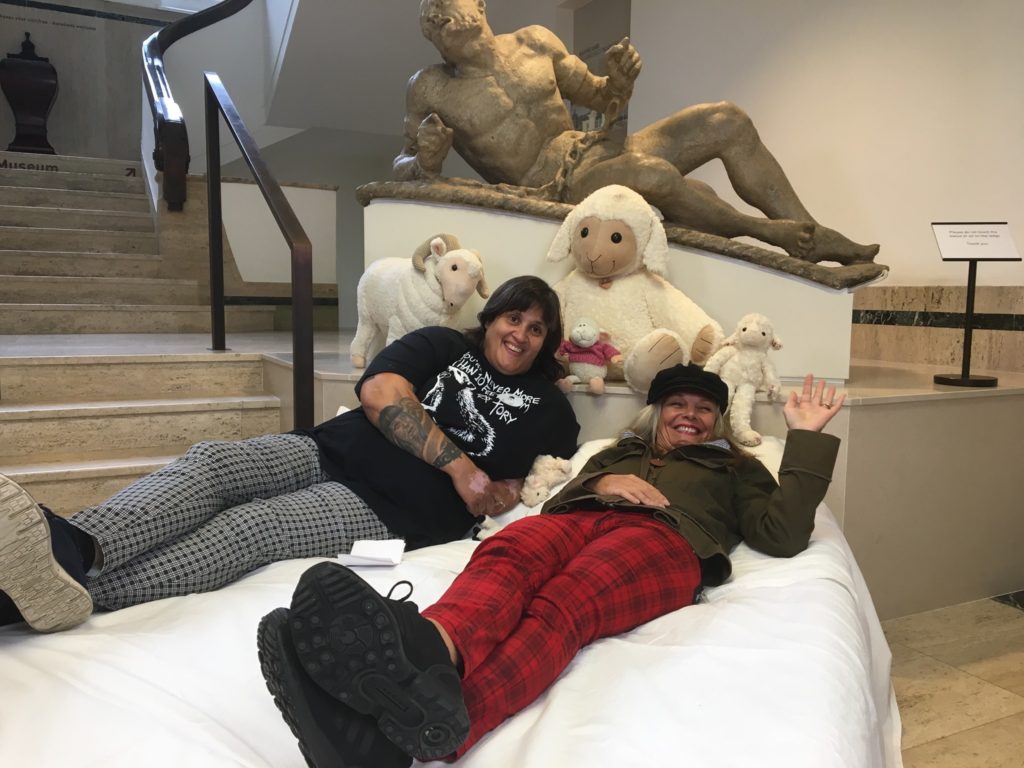 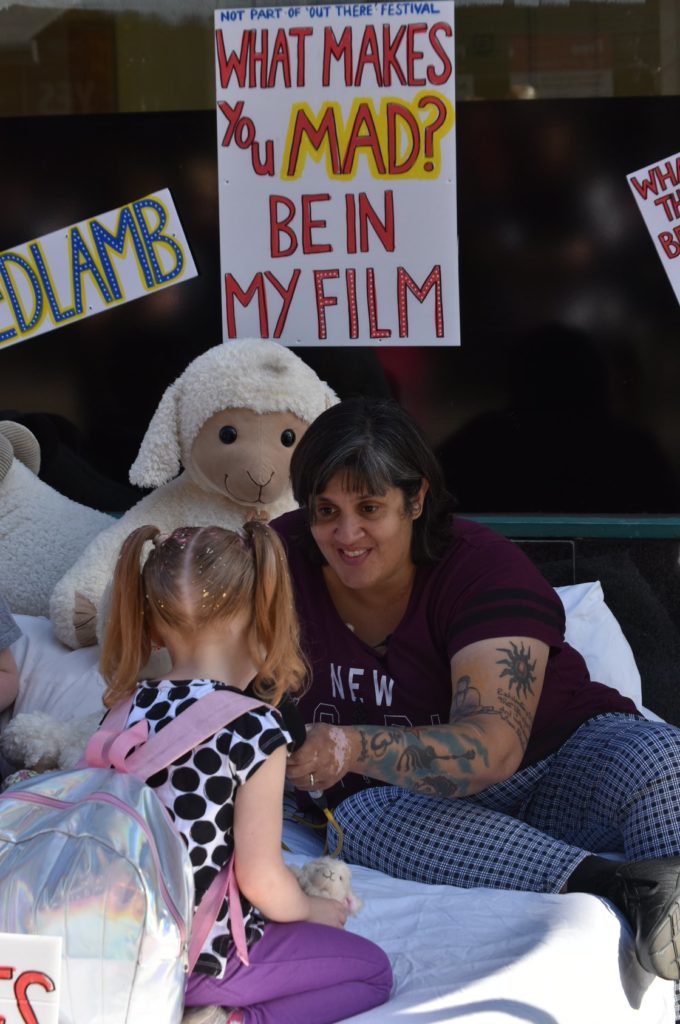 There were answers that were uttered in both locations, but also a difference to both sites of Bedlamb. One of them was that the Bethlem bunch didn’t expect healing from services; whilst the people in Yarmouth thought improvement in people’s mental health came from putting more money into mental health services. I look forward to the editing of this film and see what the film fundamentally says. Although I have some idea, I think I will be in for a surprise.