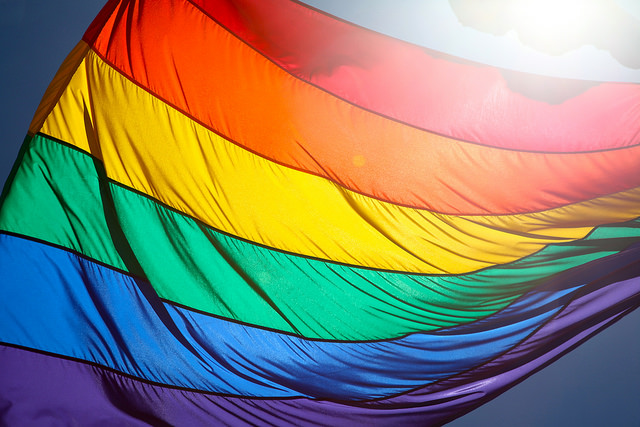 June was Pride month and last weekend was Pride weekend in New York. I did a thread on twitter about my own experiences of being gay, as playwright Matthew Michael Lopez posted a comment on instagram which left me a little cold. I thought I’d elaborate here.

Lopez posted a pic of two people on instagram with the comment ‘If you don’t know who these two people are, please stay home this weekend’.

I have a different perspective on my gay life, as I didn’t know who they were, at first.

I assumed it was to do with Stonewall and thankfully someone commented that they were Marsha Johnson & Sylvia Rivera and I did know the names, which led me to research them. They were very significant in the trans & gay rights movement & were there at the Stonewall riots – so that’s how I knew of them.

This story I’ve known for a lot of my life, but by no means all of it.

I came out when I was 24, around 1996. It was still illegal to be gay in the UK army. The only people I knew / assumed to be gay whilst growing up was Larry Grayson & John Inman. I’d go and see films as part of the London Lesbian and Gay film festival, and this was my ‘training’ in the gay community. I learnt a lot from documentary filmmakers and their documentaries I saw. But it still felt a bit like a world I wasn’t part of.

As a teenager in high school in the 80s I lived in a cloud of fear wondering if at some point it would be really obvious that I was gay. Was that going to happen? And if it does, when? When I turned 18? 21? And how?
I’d look at other men & be convinced they weren’t gay because they were so ‘masculine’. That was MY experience, a very isolated one.
These were my genuine thoughts growing up. I came out because I had started making gay friends for the first time.
In my 20s working in London I’d visit Soho & wander into the gay shops not knowing anyone. I’d go to saunas & not tell anyone, because I didn’t see my gay friends that often. There was no facebook, twitter etc. My life began to separate in to the few friends I had, family, and my new gay friends.

I didn’t know who the people in the photo were at first. But that does not mean I shouldn’t include myself in pride events & celebrations this weekend & through out the summer. Even if I go on my own.

The LGBTQ+ community is one that has fought to welcome everyone. There are some people who still feel unable to celebrate who they truly are.
My Pride flag is in my wardrobe – The irony.

Now I’m going to watch the rest of Pose & hope my mum doesn’t come in at an awkward moment.

You belong where ever you belong.