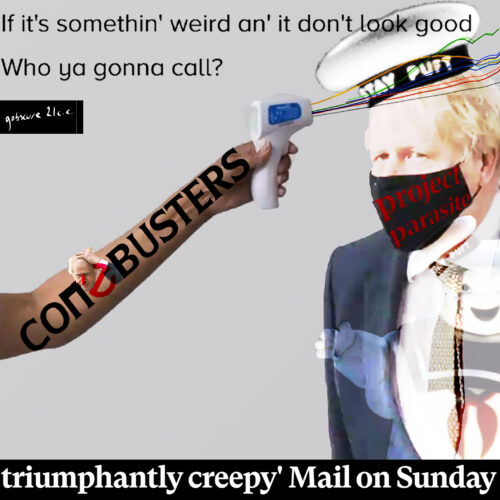 rant number six, grim up north, mutant down south. start of 2021 common era and klf are releasing their back catalogue. first time in what 29 years that it’s officially grim up north. we overthink drowning streets and the govern-mentals 2015 and slaver dave cameron is focusing on banning face sitting. theresa may during her time focused on banning the inserting of more than four digits into any orifice for stimulation. under the climate crisis, they actually focus on chaps ties, again aka ligatures and debating in the house of uncommons. whether they could loosen their ties a little. the latest education minister, gav the chav keeps a whip on his desk. he focused last year on being photographed with his whip rather than being bothered about kids safety, minds or anything else and prime minister alexander boris de pfeffel, yank slang for penis actually had big ben’s bongs restarted temporarily, so he could sound serious, coming into 2021.

philip pullman was right saying this country is culturally christian. that means we’re raised for 1000 or more years on binary, heaven/hell, capitalist/communist, tory versus, in inverted commas, enemies of the people, you see govern-mentals need enemies, otherwise, who do they blame when it’s not all sunny uplands. we’ve just uncoupled from the largest chunk of the continent and, well, it’s not going to be sunny uplands for a while. the con party spent last year ramping up the war on protected characteristics, didn’t they? covid allowed dis – disability to be erased. we no longer even exist. it’s as if we were never there. all polls are push polls. they shape your thinking. the last six months they have been asking illicit questions of black lives matters. trying to reframe that narrative, instead of acknowledging the system’s racisms and then making reparations including for the race hate of slaver, dave cameron, his successor, windrush theresa, she created the windrush scandal, she drove the go home vans. prime minister, alexander boris de pfeffel yank slang for penis johnson. we all know his many, many racisms and of course, racism has rocketed alongside the domestic extremism of austerity, all hate crimes have. but now we have decoupled from the larger chunk of continent, the larger land mass, we need a new enemy, govern-mentals need enemies, they need to hate someone and they need their enablers to drive that hate so that we, the people have an easy other, a target, targets in mind. this narrative has been written and cemented over the last year repeated interviews about who to blame.

there’s an mp who’s the inequalities minister. sorry, equalities minister. easy mistake. she’s an mp somewhere in leeds. she’s actually gone on record in the past few weeks, saying how in the 80s and the 90s education paid more attention to identity politics and protected characteristics than what it did teaching how to sp – [stutters] spell. the 1980s and the 1990s, that was maggie thatcher. you think you had it bad when maggie snatched your milk? prime minister penis snatched christmas. boy is christmas snatcher boris gonna go down forever. this inequalities minister sorry, equality minister from leeds was educated under maggie. and then john major. identity politics, which protected characteristics that was clause 28. racism central. not long after the yorkshire ripper was actually caught the hatred of women and lasses and the terror that those women and lasses felt because of that hatred. this mp truss inequalities minister is lying, and of course, us disableds we never had protected characteristics way back then. why aren’t the media holding her and the rest of the haters to the flames? instead of letting them go? click away e-petition parliament. tweet. thumbs up thumbs down on facie. why didn’t david cameron ban facebook instead of facesitting?

when wayne kramer formerly of mc5, and now mc50, and a convicted criminal and way more honest, than any mp we’ve heard speak, he said, growing up in the 60s, that jewish folks who had fled the nazis who had managed to get away told him then that the 30s were worse than the 60s. his advice to folks now, the 60s were worse than it is right now. he says, you just got to put in the labour. who is putting in the labour for example, slung low theatre company, theatre, managing a patch of woodland, the oldest working persons club in britain, lamppost art, and the food bank, where they don’t ask questions, they just feed you. museum of homelessness, a small radical museum, who gets to tell a story and which story? there are the facts. the stories they tell, include milk bottle for a baby asbos, inhalers, tea-urn and a walking stick. and right now they’re feeding the living and remembering the dead. who puts in the labour? wales? why not rename that bridge after nye bevan? they hosted britain’s last insurrection to date, and they have a futures minister whose job it is to think of people not even born yet. they also have the world’s first right to play enshrined in law. who else is putting in the labour? rebecca solnit reminding of hope in dark times. the asylum collective saying forever be kind on yourselves. age of chance don’t get mad get even. don’t get mad. get even. don’t get mad. get even. don’t get mad. get even.