different battle same war. number two. there is one bad word out there we’ve been talking about for a while, austerity. it seemed to disappear about the time that dave cameron did. slaver dave cameron invented schools czars ligatures have been around longer than that. and we’ve been cutting ties off folks forever. we’ve even made sound art about it. 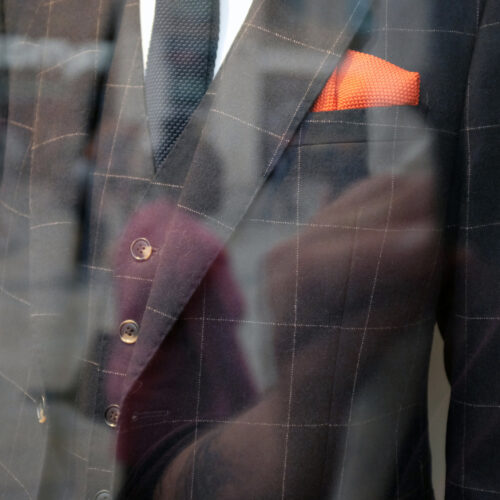 Taken from gobscure’s exhibition ‘is that a bruise or a tattoo?’

we spent some years asking folks why worsening poverty was just being called inverted commas around this one ‘new normal’. austerity hit our region the northeast worst.  toon, newcastle upon tyne was ground zero. we were the first domino to get pushed click click click click click click, click, click and neoliberalism ended  we moved into something way worse. disaster capital shock doctrine data surveillance capital, that banking domino could have got pushed more or less anywhere. but it was northern rock. yes there were queues at branches around britain but it was toon ones that caught the eye and it all went down just up from earl grey on his big sticky uppy earl grey, inventor of teabagging and his magic money paid off slaver dave cameron’s family. so dave cameron could get it up and say we’re all in it together all wearing a very expensive ligature. there’s a lot to swear at.

we read earlier that shares in america are now owned on average for just 22 seconds before the next buyer. sweary words we have no problem with, the words that cut we do. normal is one of those normal does contain no. it contains or and it contains mal all of which are cool, mal is french for bad and the english language is of course out of everywhere. tom leonard, wonderful, amazing, incredible and he got us published in the first place and we miss him every day. one of his poems is just an oxford dictionary of an english language is cross out the put in an. the english language is out of everywhere. it’s from all over. and of course made all the better for it.

normal for us, that means a tiny, teeny insignificant, wee minority have no disability, and never will, maybe individually they’re mostly harmless, but one or two of them are nasty. if only, we could reach for their ligatures aye. now, lockdown, it’s a norm to us. lockdown is customary is common. we’re used to it had a bad vitamin d deficiency for years, because we couldn’t get out. think about it. normal is having less than two legs is having less than two arms. think about that.

the point we want to make is this. philip pullman says that after food, warmth and shelter what humans need most are stories and he’s right. he created that concept daemons that animal familiar that travels with us to our life and the moment we read that we knew it was a crow, just a common crow, ragged crow, stole fried bread off us when we were wee. been outside every hospital we’ve been in, has followed us and comes here to our council backyards haven’t fed it fried bread. maybe we should. philip pullman said his daemon was from the crow family, the crow family steal things. he also named another truth in this country, whether we like it or not. we are cultural christians. lifelong atheist, but we are also a cultural christian. the religion of these islands has a heaven and a hell. religions are the most successful storytelling out.

religions gave models that are used by others. there are religions that have a multi polar world, multiple gods multiple points of view. there are others in which there is a kind of no absolute reality, shall we say, no absolute being. we are governed by a bipolar one. bipolar is an old political term. it’s not a reference to a mental distress. it’s been used for decades way before that. and it means heaven and hell, which also translate left/right capitalist/communist are you for us, or are you against us? bipolar, in this sense, cultural christianity, which, of course is borrowed from other religions. it’s just built on top of those, but it means a binary, which means an other is constructed.

we then see ourselves as the norm, which then constructs an other. we need a new normal as quick as possible we need to speed up find, find this this balance, this equilibrium, this stability, and it won’t be a disabled one will it? normal isn’t a sweary word. we’re fine with swearing. normal is one of those nasty words that cuts far deeper and is ingrained is rubbed in 1500 years plus of it being rubbed in to our thinking, so that we are imprisoned we are contained. we have been offered a model a old fashioned, political and before that even religious i.e. storytelling view which is bipolar, which means there is a in inverted commas ‘norm’ and there is an abnorm. there is an other and those of us, for example, who aren’t abled, it means we are the devil.

like we said we’re an atheist do come to our council flat someday don’t have the front door kicked in as the norms do. you know, the mentals in their teams roving. they don’t tend to wear ties they’ve evolved they wear lanyards, which also work as ligatures. however, inside our flat, we’ve written up large in a dusky pink, a quote of octavia butler’s and it reads ‘the normals don’t survive’. the normals don’t survive. night octavia butler, night.