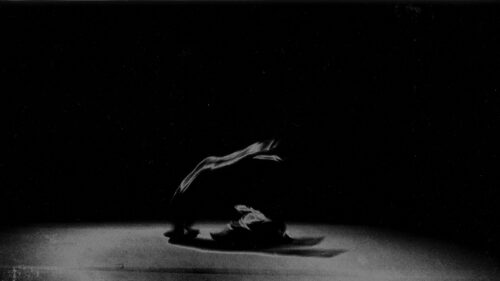 we had intended to record a different rant. we were going to talk about the governmentals’ beta, as in betamax, careers advisory service that’s just gone online. we were going to tell you that about we genuinely submitted various govern-mental ministers, to the series of 30 to 50 questions. we’re now going to talk about something different in this rant. but first in passing, yes, we did submit various governmentals to the betamax careers advisory online app algorithm thingy. we did not satirise the skills of the various governmentals. we genuinely consider what their willingness to listen to others was, their wanting to see jobs through, their communications skills, their ability to work as a team or just their wanting to have power. we decided not to submit the housing minister jenrick because the system wouldn’t take bungs or bribes that we could afford. we didn’t submit priti patel because the government’s own legal ministers so at the top of power, who judge on the law, they have now officially said that priti patel has actually excited violence her statements against legal professions and lawyers who are supporting and defending migrants, refugees. she has incited far right, domestic extremists to terrorise, threaten, inflict actual violence and, in one case kill a lawyer. so we started at the bottom, alexander boris de pfeffel johnson, we looked at his willingness to listen to others. turns out he could become a trainee, cinema projectionist on £11k, stick him on his own in a dark box where he can mess around with an illusion and some light. we put matt hancock the minister for apps and spreading covid. turns

out he could be a receptionist on £12k, a boxer (variable pay) a technical brewer £18k …piss ups in breweries. a digital delivery manager £37k. and remember, this is the government’s own official algorithm. they commissioned this app. turns out that matt hancock sees himself as a prison governor on £47.5k. the best we have saved for michael gove. guess what? the government, their own commissioned algorithm, testing michael gove for being a team player, communication skills, et cetera. he could become a cemetery worker. that’s right. gove is a grave digger. starting salary £12k. that’s the beta as in betamax national careers service .gov, or possibly gove.uk, or the yuk, as i prefer to call the uk.

just in case, there’s anyone out there who fancies taking this further. they do have a seven days a week phone line to speak to advisors. as we said, that’s what we were planning to talk about. but way back in the early 90s, we stole a copy of an andrew vachss book. we couldn’t steal any more. so we had to steal other stuff to get the money in order to buy his books. and it was worth every penny. at that point in time. we’d just come out of one particular hospital. and we’ve heard the word survivor so we’re hundreds of miles to the north. we think probably the internet was just born. so having heard the word survivor for the first time, we thought that’s brilliant. we love that and then said to folks, at the local council, we want to set up an event called a celebration of survivors, will you help us. they said yeah, but they sent us to someone who managed an arts centre. and they were just off the wall horrible. they wanted a list of every single person who might be involved their medical situation, conditions, medications, who was supposed to be managing them, blah, blah. we walked away. shortly after just over about 100 yards from the art centre, what had been the community art centre, so not the professional art centre, where they treated folks like crap, but the community art centre had been turned into a new professional venue and a sign went up saying, ‘are you disabled would you like to come and spend some time in a theatre with us?’ signed candoco. this was decades ago, we’d never heard of the social model of disability. so we typed a long letter, which was basically an application to be disabled. until a few years back when we met graeae, we didn’t know that dyspraxia was considered a disability. until this summer, when dao explained what neurodivergence actually meant in a way that we could comprehend. we found out that, yes, our dyspraxia was a disability and oooh we’re neurodivergent. at the time, we contacted candoco we knew none of that, and our osteoarthritis and angioedema heart attacks, etc. hadn’t happened. so it was long term mental, and we didn’t use the word distress back then. so we probably used some other medical type terms.

we sent a long application to candoco saying, we think we’re crippled we think we’re screwed. please allow us in. think we got some like a compliments slip back saying if you say you’re disabled, you’re disabled, you’re in. we’d been involved in street theatre, political protest, and also clown and also working with fire, and also community processions, mainly with other disabled people. but we didn’t know we were allowed to use the d word. we turn up, we’re met by dave toole. i’m about to burst into tears right now. because dave toole has, of course just died. but although he is gone, of course, all the things he’s done, and stands for, do live on. we met him in the early 90s, having been rejected by an art centre for a celebration of survivors. because they wanted to medicalize it, we turn up hundreds of miles from anywhere in the far north, we’re met by dave toole. two weeks with him and others from candoco and a whole group of other people with all kinds of disabilities, impairments, all different descriptors going around the circle at the end of the fortnight, and having had a ball. this is one of the formative moments in our life. first time we had been given permission, allowed to use the d-word disability, allowed to name it, finding a community, a collective, the forming, sharing, blowing worlds apart, bowing disabling, insane, insaning worlds apart with dave toole leading the dance. and at the end of that fortnight, sitting around sharing our best moment and dave said about us how we had infiltrated every single group on stage sometimes simultaneously. and it was magic. he unlocked, unblocked something. as he has done for so many people, he was a mover and a shaker. and because of him, we were able to use the d-word disability for the first time and find a community where our art belonged. is it clown? is it dance, is it theatre? is it performance? does it matter? does it hell. people doing things. and as a result of that we’ve toured shows we’ve created work.

now we mentioned the word survivor, and we were really proud to be given that word. we had never heard it. we didn’t know that it was a word that was out there. we’d come out of this hospital and this person that helped us. they used that word about us. so we thought it was like a special word. and we want in our way and we hadn’t heard it used in a more communal context. we wanted to share it with others. we tried to set up a celebration ov survivors, we did fail. there’s nothing wrong in failing. but we also mentioned we stole an andrew vachss book, and then had to steal other stuff in order to buy all the other books. so we could read what he said. now, andrew vachss is another touchstone, another person that we find amazing. one of the things that he said was for those of us who have served in combat in any way know that words are weapons, i’m still at war. he started out taking aid into biafra in the 1960s. biafra was probably the worst humanitarian crisis of the second half of the 20th century, that no one really gave a damn about. he said that he was a survivor. but survivor, his words, is just dumb luck. he was trying to take aid in there. the person next to him got their brains blown out. they didn’t survive. he survived. and he is not being disrespectful of the word survivor. he said the word and this does not have any religious spiritual or other connotations. he said the word is to transcend. yes, we can be a victim of something as disabled people. we are victims of a disabling world and those various governmentals who we mentioned at the start are disabling us right now, aren’t they?

we can survive which is a wonderful state in a way. we can carry on, we can keep going. the trick as andrew vachss said is to transcend what can you do that takes you above it beyond it that allows you to soar. dave toole taught us to soar. to fly above it. there are all those photos and that film footage and everything else of him flying, him soaring above it. dave toole knew how to transcend.

Brilliant ! What a lark the retraining app is