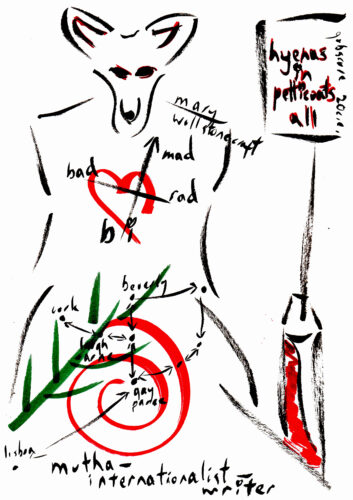 this rants adapted from hyena in petticoats – our ongoing multi-art-form living memorial to mary wollstonecraft.  more is now out thanks to a commission from together! 2020 disability history month.  this new work includes performance-to-camera – a lockdown demo from our council-flat-slash-backyard, an art-installation, a zine & more – & all online, please spread the resources.

‘hyena in petticoats’ by the original member for the eighteenth century back in the eighteenth century.   so we dress in petticoats (social-distancing!) & hyena-mask & as daughter ov mary celebrate the mess & the glory, some ov the poetries ov defiance that mary stood for, offering creative resistances, creating living memorials, writing us back in.  & yes were aware a recent statues just gone up – we reckon mary would-ov hated being on a plinth, on a pedestal, how patrician-patriarchal-old-history (& history contains the word his & tory doesn’t it).  mary wz a street-woman, street-level, fighting the corner ov the oppressed with love&rage – a fight she began in childhood – she too knew adverse childhood experience.

in olden days – thanks to dash, radical champions ov disability arts always – we dressed in petticoat & hyenas mask & sang to folks – mary mary quite contrary – they would join in & then – we’d change the lyrics.  folks would ask have we remembered it wrong?  we’d smile under the mask & explain there are multiple versions ov that & other songs – rather than just the one version.  we’d talk ov marys journeyings & then offer a rainbow ov marker-pens, inviting folks to draw a line from a journey they’re on & name something they’d like to find on their journey.  we have those petticoats with all those journeyings still.  we’d love to see a hundred hyenas in petticoats – all shapes & sizes (& all accessorized) from stilts to children, from mobility scooters to skaters, to walkers & hobblers – a magnificent procession taking up spaces thru our streets.

& tho theyre s-creaming still those cons
hyenas in petticoats – were no there yet
– mad-mary rad-mary bi-mary no selling,
no selling out – dreams are made bi

reading mad, bad, rad, bi, mutha, feminist-b4-the-word, internationalist & pamphleteer mary wollstonecraft wz lifeline as teen, then around eighteen we read her daughter mary shelleys frankenstein & knew we were ‘creature’.  mary wollstonecraft wz monstered as ‘hyena in petticoats’ by the original member for the eighteenth century (in the eighteenth century)  before being erased.  ‘hyena in petticoats’?  could be any ov us.  visions ov daughters ov mary everywhere f-rocking up in petticoats, masked as hyenas.  queues ov parliamentarians unsure what 2 metres (oh so continental & metric) looked like;  furrows ov w.t.f. flickering across their faces as 1metre+ invades their space.  put every parliamentarian in a petticoat (a single beige petticoat for ree-smog & gove to spat over) & social distancing is sorted.  the eighteenth century f-rocks.

that very insecure earl grey, prime-minister, murderer & inventor ov tea-bagging from the nineteenth century, is on a big-stickie-uppie in the centre ov our toon while a seagull makes its mark on his replacement head.  down below, war against us all wz declared, with disabled folks being pushed to the front-line to die first by a different insecure prime minister.  its way past time to examine monuments & monumental folly.  living memorials like hyena in petticoats offer a more accessible form ov memorialising.  mary would-ov hated being on a plinth.  & plinths arent accessible if yr disabled.  or poor.   as audre lorde reminds “the master’s tools will never dismantle the master’s house.”  (p.s. canons wrong shape too – no crip can make it to the top ov that outdated pyramid.  canons in art only serve prime monster minister alexander-boris-de-pfeffel reciting imperial victorian poetry in a temple in myanmar while the press ask is this genocide yet?  hyenas in petticoats – masks & social-distancing skirts for all & feel free to accessorise yrs – manyfestos inscribed across all our skirts offer a breathing library, a living memorial.  mary wollstonecraft wanted to be wild-minding in the street – firebrand-delivering

from the respect paid to property flow, as from a poisoned fountain, most ov the evils & vices which render this world such a dreary scene  …

(from marys a vindication ov the rights ov woman)

mary wollstonecraft wz hoyden.  hoyden is a wonderful word.  hoyden means beyond feisty.  beyond feisty!  chew on that.  & hoyden is international – its roots are in a continental language.  members for the eighteenth century chew on that.  for ‘the english language’ is ofcourse outta everywhere – icelandic, old german, sanskrit, french, greek & so many more – & made all the more wondrous for it.

mary wollstonecraft lay across entrance to her mothers bedroom trying to stop  domestic violence.  the current prime minister – alexander-boris-de-pfeffel whose surname is yank-slang for penis & he is ofcourse born in america – thats where he formulated the idea ov being world-king one day, before (trigger-warning – tabloid language ahead) coming over here as a young economic migrant.  prime minister penis is another product ov broken home having also grown up around domestic violence & abuse ov young women – yet he made the opposite choice & continued the violence – instead ov punching up he punches down.

mary wollstonecraft lived in laugharne in west wales, in beverley above hull in the north riding, in cork – london – portugal, she lived in the french revolution & around scandinavia.  she wz also definitely & defiantly bisexual.  she wz erased & bi-erasure – the erasure ov bisexualities continues.   we are the largest single group within the continuum ov lesbian – gay – bisexual – transgender – intersex – asexual – pansexual – non-binary + – next time yr rightly calling out transphobia & homophobia make sure yu also call out biphobia – the harm done to us is just as real – as mary wollstonecraft knew.

mad, bad, rad, bi, mutha, feminist-b4-the-word, internationalist, writer(rioter) – these daze we are all daughters ov mary, hoydens all carrying within us the memory of light 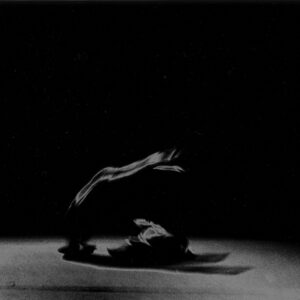 Disability Arts Online · different battle same war 4: learning to soar with Dave Toole we had intended to record a different rant. we were going to talk about the governmentals' beta, as in betamax, careers advisory service that's just gone online. we were going to tell you that about we genuinely submitted various govern-mental ministers, ... 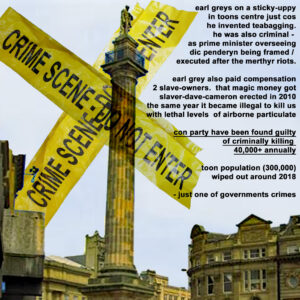 Disability Arts Online · different battle same war the third this text is adapted from what we wrote for the zine thats part of our show called provoked 2 madness by the brutality of wealth. in the show everyone gets a free copy of the zine and a piece of crimescenetape sending back their creative resistances ... 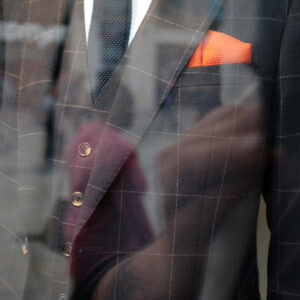 Disability Arts Online · Different Battle Same War 2: the ligatures of austerity different battle same war. number two. there is one bad word out there we've been talking about for a while, austerity. it seemed to disappear about the time that dave cameron did. slaver dave cameron invented schools czars ligatures have been around longer ...