We have now done our third session as Sonic Vistas and the development of our set is well on its way for the Liberty Festival London 2015.

In this blog I am introducing you to Kris Halpin: “So today I embarked on an intriguing new adventure. I’ve joined Ivan Riches’ Sonic Vistas project, a collaborative collective of disabled musicians. I’ve played with plenty of bands in the past, but this is two firsts. I’ve never worked with other musicians with access needs before, and I’ve never used the MiMu Gloves in an ensemble setting before.

Using the gloves in a group setting is an exciting first; I believe I’m the first MiMu collaborator to do this. My own work with the gloves has been in building up layers of sounds as a solo performance. They allow me to rec reate my studio productions in a really unique, natural way. This involves a lot of layering and looping; none of this is particularly relevant in Sonic Vistas. In this setting, the gloves are an instrument like any other; I must weave my way through the sounds of the group, and find my space as any other instrumentalist would, It’s been intriguing so far.

Of course, the palette of possibilities the Gloves offer is broad. Today I’ve been live drumming, conducting invisible string sections, and controlling synth bass through flowing gestures. I’m relieved to see how expressive and natural it feels. Without the looping structure of my solo work, I’m much more free to weave sounds into the audible landscape.

The sounds the rest of the group are making are intriguing. Howard brought some great analogue drum machine and bass synths, which formed the backbones of much of the arrangements. This is not like any band I’ve played in before. Almost no traditional instruments appear, save for a couple of keyboards. As well as the gloves, iOS devices are used to offer accessible playability. It’s wonderful to see this action, as I’ve been a champion of the iPad as accessible musical instrument for a long time.

Another cool thing from the day is that this is the first time I’m making music with broadcaster Mik Scarlett, who also joins Sonic Vistas this year. Mik and I have discussed collaborating for a while; we both share a love of 80s electronica and synthesis. Mik actually played an interesting role in my own development as an artist. In the early 90s Mik presented several TV shows, and was the first disabled musician I ever saw on TV. I was around 10 at the time (he won’t thank me for making him feel old) and I’d just got a guitar and the music bug. The idea of being a rock star with a disability seemed pretty far out; seeing Mik on TV gave me enormous confidence that I could do it. It’s great to get to know him and now work with him today; one of a long list of wonderful opportunities to come via Drake Music.

I re-join the band next week for more rehearsals. My next day back is split between our rehearsal and a MiMu gloves presentation I’m doing at Abbey Road. Yes, that Abbey Road. Somebody pinch me. I apologise to the rest of Sonic Vistas if I’m bouncing off the walls when I get to the rehearsal after my trip through musical history… ;)”

Hi Katie, Thank you for your wonderful comments. Hope to see you at the festival. Hopefully there will be opportunities to Jam on Drake Music projects in the future.

Katie / 13 July 2015 Ivan, Mik was the first disabled person I ever watched on TV and was in awe of his work and for being a good influence. I am pleased and proud to have worked with him and count him as one of my many friends, of course you are too. I think this Sonic Vistas thing will be fantastic! I loved the workshop at the Southbank Centre and enjoyed making a tune out of an ipad and an app and a vibrating backpack! So fabulously wickedly cool! Hope I get the chance again to jam with… Read more » 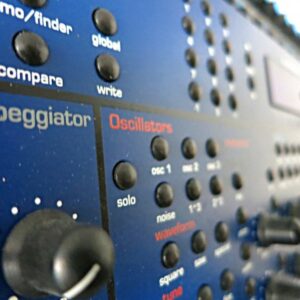 Mik Scarlet started out on the road to being a musician when he was given a toy electric keyboard and thanks to music technology, became one a handful of disabled musicians performing during a period when it was almost unheard of. Here he charts the progress of assistive music technology and talks to Gary Day ... 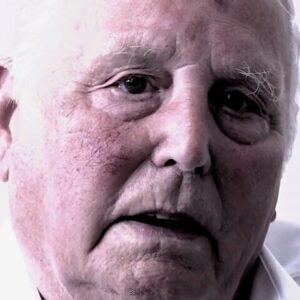 Ivan Riches and Simon Puri?š: ‘Children of the Great War’

Produced as part of a London-wide Age Exchange project Children of the Great War is a dual-screen film and digital media installation, which records memories and experiences of the First World War passed down through families and across communities. Review by Emmeline Burdett. When I asked the artist Ivan Riches about what prompted his and his ...