It’s now less than 3 weeks before the ‘Surroundings’ installation/performance. And I am still compiling the projected imagery and editing the soundtrack of recorded voices. The experiences that have been shared with me are precious and I feel the pressing responsibility to make this installation work, especially when one of my interviewees has written this amazing blog.

“I didn’t really know what to expect, but decided to go along anyway. What came to mind before this interview was the formality of a job interview, the matter-of-fact nature of a doctor’s appointment and thoughts along the same lines of ‘Will do well enough?’ that would accompany a performance/audition. I knew that I’d be asked about my disabilities, (Tourette’s syndrome and Asperger’s’ syndrome) and guessed that I would be asked about my own creative work (garment design and jewellery making). The rest was a surprise.

Ivan Riches introduced himself, I did the same and he explained his process. While sound checking, he told me that the subject of his current work was, ‘Surroundings’. Over tea, we spoke about what that could mean.

The interview itself, had the natural flow of a normal conversation, so it was a great deal easier than what I anticipated. Some of the questions I had to answer, got me to think about things that I didn’t have to revisit for years. I enjoyed not having to hold back, knowing not everything on the recording would be used. Along with that, just being heard, in spite of my issues with communication was very helpful – for lack of a better word. Being in a situation where my tics didn’t matter made me happy. I am not ashamed of them, but they never took centre stage of our meeting. They were never forced to be the focus of our talk. They were just additions to what I said, rather than being what I had to talk about.

Afterwards, I wanted to stay and talk more. There was a lot of exchange about interviews with other people. How they thought about ‘surroundings’ and the representation of people who have disabilities. I’m really looking forward to hearing the end result of Ivan Riches’ subject.”

The first iteration of my Installation/Performance takes place at the South London Gallery on 24 March at 7pm. The event is free but please click on this link to make a booking.
Subscribe
Login
0 Comments
Inline Feedbacks
View all comments 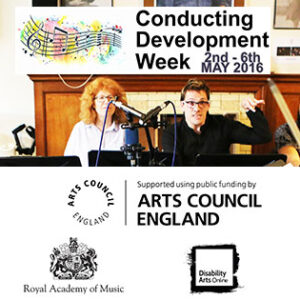 Conducting at Royal Academy of Music – The Evaluation

My last post was about my preparation for the project week and now I'm reporting back on what happened. I'm pleased to say that the project at Royal Academy of Music in May went extremely well.  I've taken the liberty of providing you with an audio recording of the pieces I wrote for this project just ... 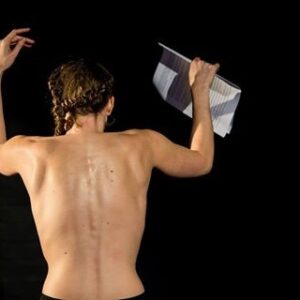 An important aspect of Ramps on the Moon day hosted by New Wolsey Theatre at Pulse Festival, as part of the theatre's Agent for Change programme, was showcasing high quality work that offered an opportunity for the audience to consider impairment-related theatre, language and communication and aesthetic access. Review by Liz Porter. Hardy Animal written, created ...