A Callout for advise and feedback and a mesmerising free dragon cello track for filling in our survey! 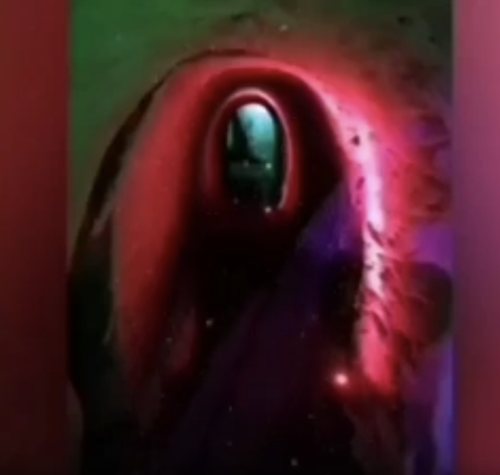 In the beginning there was chaos and mess! I didn’t have a clue where to start. I had decided on a digital adaptation of my postponed live show Defiant Journey and in this version Define Your Journey, the audience would make choices about what they chose to experience along the way .

There was a disorganised folder of about 30 short videos, many created from photos on my phone and an obsessive zeal for effects and overlays. The photos were taken in Hastings one morning in summer, one of the few times I went anywhere after March 2020. Intoxicated by the fresh air and freedom, greedily I snapped the crumbling castle, marvelled at the light in the smugglers caves and finally downwards to the sea.

Also in that folder were videos from lockdown London, live performed cello songs from Defiant Journey. The repertoire combines structured improvisation and that which is composed and rehearsed. Forcing myself to practice, it felt like I would never get this opportunity for uninterrupted cello again. My cello suffered greatly in the busy pre-covid world, even now when I have to prioritise something else it hurts.

The best videos were filmed by creative technologist Charles Matthews in Montreal. Scuttering cartoon bedbugs on a background of cracked concrete. A mysterious sounding invisible instrument (a sensor we hope to have in the live show for audience use). Colourful cello reactive lanterns glow at night in Parc Saint- Viateur, Montreal, perfectly capturing the mix of the ethereal and real world elements of Defiant Journey.

I had no idea how to make a coherent work, from this nightmare folder of seemingly unconnected videos, but somehow twelfth century Hastings Castle, a ruin even by 1399 * by the power of it’s extraordinary resilience became an anchor for the piece. This in combination with director/dramaturge Kate Lovell’s advise to slash the amount of content, meant we were away. Very soon after that arrived from Kate a beautiful poetic script, weaving together story, cello, lights and visuals.

I had felt immense pressure (from myself) to achieve a finished product in 2020, it seemed important to have something “proper” to show for the year after all, but advice from Anders Morris Knight, (Shipshape Marketing) about doing a test version a bit like a music demo, really made sense. It’s important to value the experimental phase in which the path may not be clear and trust in the process. I am therefore delighted to share with you the test version of Define Your Journey.

You will find a non Audio-Described Version available on YouTube

There is also an Audio Described Version available

Subject to fundraising, we’d love to develop Define Your Journey on a website, where there is greater scope for digital interaction with audience and integrated access. It would be invaluable and very much appreciated to have some feedback about the work before moving onto the next stage.
As an independent artist between projects I don’t have budget for a focus group sadly, but if you could fill in our survey , then as a thank you at the end, there is a mesmerising 4 minute electric cello track, exclusively available for you and downloadable for free on sound cloud.

The link to the survey is here

No time for a survey? We also very much value feedback in the comments on the blog and on social media. Even one word or one or two sentences, if it’s more fun, scribbled on a post it note uploaded as a photo, anyway that suits you! All comments welcome, artistic or access related.

Thank you so much for reading.