In March this year I was approached by Offa’s Press to submit material for a poetry pamphlet. The Offa’s Press manager, Simon Fletcher, was searching for three new voices from the West Midlands region to produce three pamphlets by the autumn of 2016.

I sent in a collection of poetry – new and old pieces of work and I didn’t think anything of it because Offa’s Press’s motto is ‘Good on the page and good on stage’. I thought there is no way I’m going to get published with Offa’s Press because I was terrified of the stage.

Although I had friends who read my work for me on stage and people did enjoy listening to my work, I did not have the courage to read myself. I think that my cerebral palsy was the main reason, as I was embarrassed about it to some extent, just in case I fell down or my words didn’t come out right.

A few months after I had submitted, I was informed that I had a good possibility to be published and was asked to go through the chosen pieces of poetry that would be compiled into a pamphlet.  By the summer it was finalised that my work was good enough to be published and I was amazed to hear that I had been selected.

I think to be taken seriously as a poet/writer was something I had only dreamt about.  Everything fell into place and the journey from then was very stimulating, fun and exciting – like choosing a title and the images for the cover page and ideas for the design/colour.  My work was edited, shuffled about and commas, semi-colon and full stops were added/removed.  I was not bothered about the editing process because I knew it was for the best. Over the summer months I made progress with my performance skills, which was scary but very encouraging. Although, I knew I would never be a good performer on stage, I gave it a go and I felt valued and special because the audience genuinely enjoy listening to my work.

I started to feel, “Yes! I can do this!” I have made lots of friends in the process.  Now I can say I have achieved something that I would never have done if it wasn’t for my mentor Simon Fletcher, who gave me one to one mentoring and he put so much confidence in me that it’s been a life changing experience. I would like to thank Offa’s Press for having faith in me and making it possible.

The Final Outcome
Finally, here it is “Patchwork” – it was launched on 11th October 2016 when I read my work in public, supported by Santosh Kumari.

I am very proud to present my first published poetry pamphlet along with “Wolverhampton Madonna” by Jeff Phelps and “Euphony” by Bo Crowder.  Three beautifully produced poetry pamphlets by Offa’s Press. A dream come true.

If you missed the October launch there is another launch where Jeff Phelps and I will be reading. It’s on 12th November in Blakenhall, Wolverhampton at The Old School, 73 Dudley Road, Wolverhampton, WV2 3BY at 11am – 1pm. Refreshments will be provided. For a copy of the pamphlet please visit: Offa’s Press.

Well done Kuli. I’m very pleased for you because I’m very pleased for me. I’m not that confident in my work. I just do it. But this year I was asked to perform some of my stuff. I haven’t accepted the invite yet. I think I will in 2017. I’m not sure why not. I have no problem with being published on DAO or on my own blogs. But to take to the stage. Well, that’s a hard one. I took a dose of stage fright at school. i became a chronic stammerer. Family legend say its all connected. I… Read more » 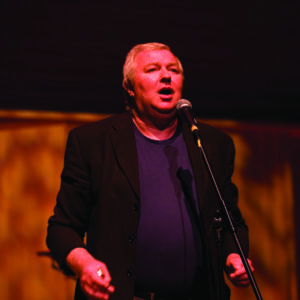 It is with great sorrow that we announce the death of performance poet, artist, musician and human rights activist Frank Bangay, who passed away on 25 January 2021, aged 70 years. Frank identified as a Survivor of the mental health system and was key to the advancement of the rights of those labelled and incarcerated ... 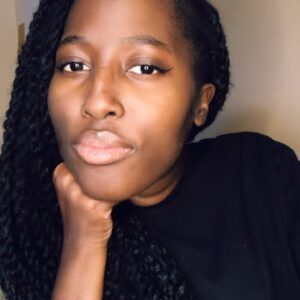 https://soundcloud.com/kay-channon/kay-channon-in-conversation-with-miss-jacqui-final The following interview was conducted on the 21st of March 2020, more or less at the start of the lockdown period caused by COVID-19. Due to several extreme medical vulnerabilities, I was not able to leave the house or have any contact with anyone. I am so glad that this interview happened. Miss Jacqui is ... 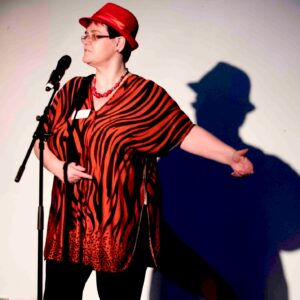 The Autistic Marxist Motormouth: Janine Booth and the Poetry of Politics

Poet, mother, Station Supervisor for the London Tubes, and co-writer of Labour’s Neurodiversity Manifesto; Janine Booth is a woman of many trades, as well as trade unions. She talks to Emma Robdale about poetry and activism. Disability Arts Online · The Autistic Marxist Motormouth: Janine Booth and the Poetry of Politics Janine firmly advocates that the Neurodivergent ...