Let’s start at the beginning shall we? So, I have been developing a solo piece for some time now, all based around a song I wrote with a friend called Finding My Strength.

And let’s go further back to where the song came from. In May 2004 I met Chuckie. Chuckie is my right stump. That’s right, I had an amputation on my right leg, above my right knee. Let’s skip the gross details and push forward to Liberty 2004, when I was asked to perform for Big Dance’s Stage (3 months after I met Chuckie) and it just seemed appropriate to make my solo about him, aptly named Missing. I found a song of the same name by Evanescence that seemed to speak to me and my situation at the time and was the basis of my performance:

An emotional piece that always gets me! It’s probably the lyrics that spoke to me and the eerie gothic-like sound of Amy Lee’s voice that sends me to that dark reflective place. I diverge…

So after the performance, I was asked by Sadler’s Wells if I would want to be part of the Equals Dance Series, a festival celebrating disability and dance. Of course I would!

After attending a Sign Dance workshop run by Kaos Signing Choir and learning the sign dance for Pharrell Williams’ Happy, I was hooked! So interesting speaking another language in general and there’s something about sign language…it’s a dance with your hands. I’ve loved sign language for a while and this wasn’t the first time I had come across it. I actually used it in a piece the year before

So I developed Missing, enlisting the help of a friend, Junior Williams, to write a song that was more personal, instead of using someone else’s story.

We came up with the Finding My Strength song, which drew its inspiration from how I met Chuckie and the emotions that came with it – despair, the unknown, inspiration, strength.

So performing Missing with Oktawia Petronella (multi-talented musician and singer) and Junior singing live was an amazing experience, especially to perform on the Sadlers Wells Lilian Baylis Studio stage. I had asked new friend Hearns Sebuado (a Deaf dancer) to help incorporate sign language into my dance.

Given another opportunity to perform the piece at Equation Dance (a culmination event showcasing disabled companies in dance on the Sadlers Wells Lilian Baylis Studio Stage) I enlisted Hearns again to help choreograph the Finding My Strength song to integrate the sign into the piece more. And after that the song and piece lay dormant until 2017.

As luck may have it, I was asked to perform at the Wandsworth Arts Fringe by Nikki Watson from Coda Dance, who had created a promenade platform of 3 disabled dance artists to be trialled at the Fringe.

I always find real joy in signing so remembering the Finding my Strength choreo-signing was no problem, even after a year not performing it! So I found myself wanting to go a little deeper and fully integrate the movement and sign and given a platform like this it was great to prepare. It received some lovely comments which I was pleased about but there was still so much to be done!

It was whilst I was on holiday that I got an email from Bradley Hemmings at Greenwich and Docklands International Festival to say that he could help develop the work to then be showcased at Liberty 2017. Amazing!! So there was me one morning in Fuerteventura on Impact Dance’s Escape Holiday writing a proposal to develop the work further with some beautiful talented souls I met whilst on holiday. 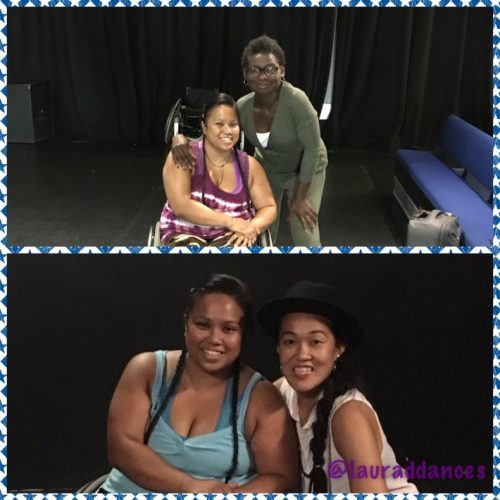 This included Julia Cheng, an amazing dancer, choreographer and teacher who at the moment specialises in waacking amongst a whole lot of other styles. Waacking is a dance style born in in the 70s within the LGBT community, having derived from punking dance style created by gay men. ‘Punk’ was the derogatory name given to gay men at the time. The style involves lots of fluid arm movements accentuating the upper body, torso and shoulders and circular movements and is influenced by huh fashion, dramatic poses and the catwalk. Funmi Adewole also worked with me as dramaturg and movement adviser.

So with some really informative eye opening workshop sessions with Funmi and Julia, I had opened my mind to the immense possibilities and given some amazing tools to be able to take my work forward. With 4 or 5 rehearsals within two weeks the piece looked really different, bringing out the narrative, depth, honesty and drama that it perhaps lacked before.

Firstly, to be there performing my newly formed solo. 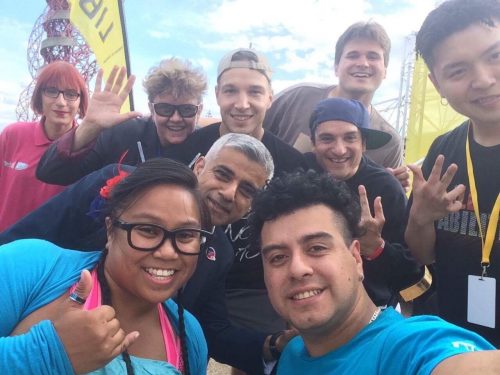 Thirdly and lastly, because IllAbilities were in town!!! Super excited about these guys being here – I’d taken a few workshops with them a couple of years running at Breakin’ Convention and been in conversation with Luca on and off with dreams of collaborations.

And they were here! Just to think, 9 years ago when I started dancing, Cindy Claes, my artistic director of the first company I was ever to dance with (East London Dance’s Limitless) sent me videos of BBoy LazyLegs (founder of IllAbilities) back in 2009 to inspire me to push through in dance and here I was at Liberty hanging out with them! Artistic Director Charlene Low was movement director to the Vital Xposure / Access All Areas show Pullen’s Party which was the next stage along from the Ill Abilities stage (they are so awesome they had a whole stage for themselves!)

IIIAbilities are always so inspiring, integrating motivational speaking and their breakin’ to create fun, amazing shows that leave the audience in awe of their monster talent! A super humble, kind and generous bunch of guys who make dance really accessible and enjoyable to be a part of.

And lastly I managed to get a selfie with the Mayor, Sadiq Khan!

So all in all an amazing experience filled with amazing people, dance, friends and opportunity.

Just humbled to have been a part of it.

I’m hoping to release the track I used for my solo, Finding My Strength, this December with the proceeds going to a charity close to my heart, The MS Society UK.

I’m hoping to develop the piece further into a feature length production and further updates on this will be here:

Thank you so much for reading!