10 years ago, I sat down with two friends to write a ‘30 things to do before you are 30 list’. We had just come from a lecture called ‘How to Set Goals’, the lecturer who had also worked as a life coach encouraged us to always have an elaborate series of plans starting with a ten-year plan and decreasing in increments all the way down to a one week plan. It was billed as the first in a two-part series, the second lecture ‘How to Achieve Your Goals’ was cancelled, that’s obviously the only reason I haven’t run every half marathon in Europe, or indeed run any half marathons at all.

I’ve been thinking about that deeply cursed 30 things to do before you are 30 list recently, I turned 29 this summer, so if I dug it out now I would theoretically still have time to spend six months in New York, although that feels extra unrealistic at the moment if only I’d put ‘survive a global pandemic’ on my list I’d be laughing. 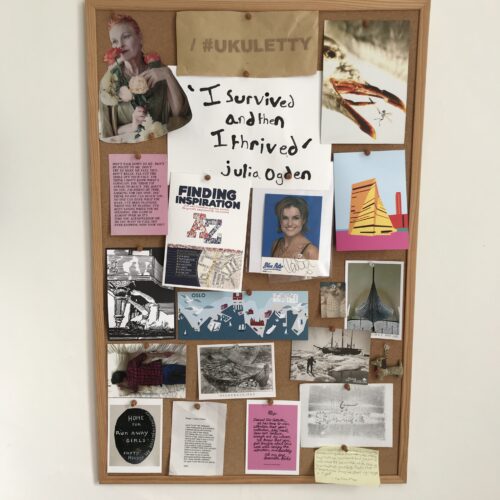 That stupid list looms unnecessarily large in my mind because I wrote it about 9 months before I was diagnosed with MS. Obviously, no one’s life turns out how they expected it to be when they were 19, but boy I was really not expecting an incurable degenerative illness.

The gap between the life I expected and the life I ended up with really messed me up for a bit. For a long time, I felt like having any long term goals at all was setting myself up for failure. My new approach to just work hard on projects that made me excited and see where I ended up had a lot of merits, I ended up in some good places.

This approach has it’s own problems as well though. Last month I was working on two funding applications, and it turns out ‘Spend the money and see what happens’ doesn’t cut the mustard as a budget or project plan. The thing I really struggled with was getting into specifics about how I would use the funding. I didn’t want to imagine what I would do with more funding, how much easier it would make things, how much faster my work could grow, it felt like tempting fate like I was just opening myself up to disappointment. 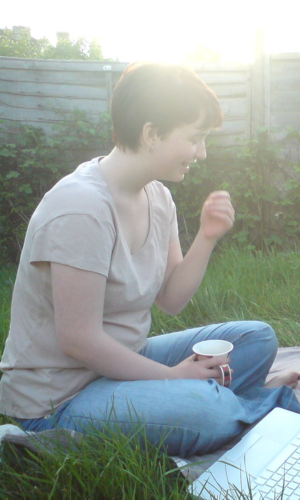 I don’t know how I thought I’d run a half marathon whilst also boycotting shoes.

Pushing through that discomfort turned out to be a very useful exercise. It showed me that there’s a middle ground I could be occupying, something a bit more nuanced than either of my previous stances. (Bloody nuance. I swear if I have one more dilemma where the solution turns out to be adopting a more nuanced world view and I will achieve lasting personal growth.)

There is a scenario where a person can use goals as stars to navigate by whilst also being open to the fact that life is unpredictable, so you shouldn’t use your ability to achieve them as a measure for their self-worth.

With that in mind, I’ve been allowing myself the pleasure of making a new list of goals, this time with the admittedly wordy ‘An unspecified number of things it would be nice to do at some point between now and death.’

In the spirit of putting the things you want out into the universe, here are a few highlights.

1. Rent a studio outside of my house.
2. Write a book
3. Write a play.
4. Never run a half marathon, never run at all without a very good reason, ie. being chased by a bear.
5. Present a 4 part documentary series for Radio 4 about the cultural history and significance of the mad cat woman. 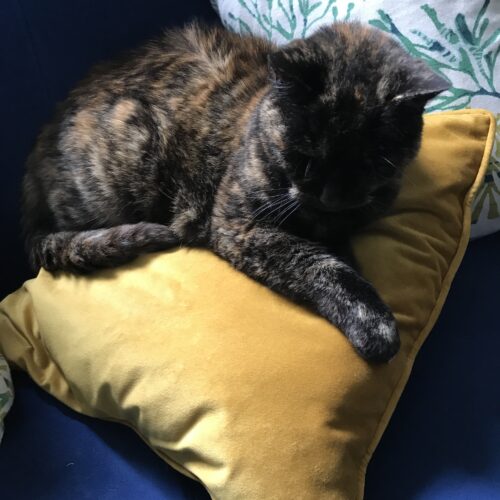 My cat Bemo will obviously co-host my up coming documentary

(I did put this is to play for laughs but, on the off chance someone with the power to make this happen is reading this blog post and you are into the idea I’m open to offers, just give me a ring.)

Hi Letty, I think we all know this feeling a little bit. I have a hugely talented friend (who has done plenty in his own way) in his mid-30s who’s always saying things like ‘anyone who has achieved anything good has done it by the time they’re 30’ and other nonsense like that. Despite the fact his own mam has published an entire trilogy of books in her 60s. I have faith you’ll achieve all 5 of those goals, and I’ll do what I can to help make them happen. Only one I’m not sure about is 4) I think… Read more »

Thanks Joe! You are right. It is nonsense that you have two achieve your achievements before 30, I think about my Great Aunt who died at 102 at called everyone under the age of 70 ‘young’.

Also good tip about the bear, all the more reason to never run.