Last week, I went to a meeting at the Tate Exchange with the other Emergence artists and people from Shape Arts and Disability Arts Online. We were there to make a plan of attack for the Emergence event on the 21st of March (please come to that, I’ll look very silly if I cut 800 sheets of paper to size and nobody comes to fold boats with me). It was a very full-on day, but I managed to grab 20 minutes to run around and look at some quick art, see an Ed Ruscha painting and think I am so very excited to have my work in the same building as this. 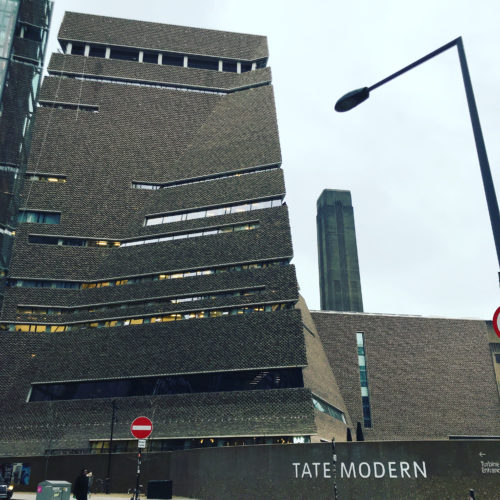 The Tate Exchange is one of these windows.

We’ve been making a joke between the three of us Emergence artists that we’ve emerged from the small room we spoke in last year, to the bigger room we are having our event in this year. Next, we hope to Emerge from the Tate Exchange into the Tate proper. I realise it’s unlikely I’ll ever be allowed into the Tate proper, but two years ago, I would have thought it was unlikely I’d be allowed into the Tate at all. Turns out, unlikely things happen. If anyone high up in the Tate is reading this, I want you to know I am always ready to work with you.

I have a whole bunch of ideas for an installation in the turbine hall, just waiting on your email people high up at the Tate. My fee is astronomical though, you might need to have a whip-round. (Kidding, obviously kidding, I will work for literal peanuts.)

When we were having our meeting in the Tate Exchange, someone asked me if I felt imposter syndrome, working with big organisations like this and I was so surprised when I immediately said ‘no’ and realised it was true. 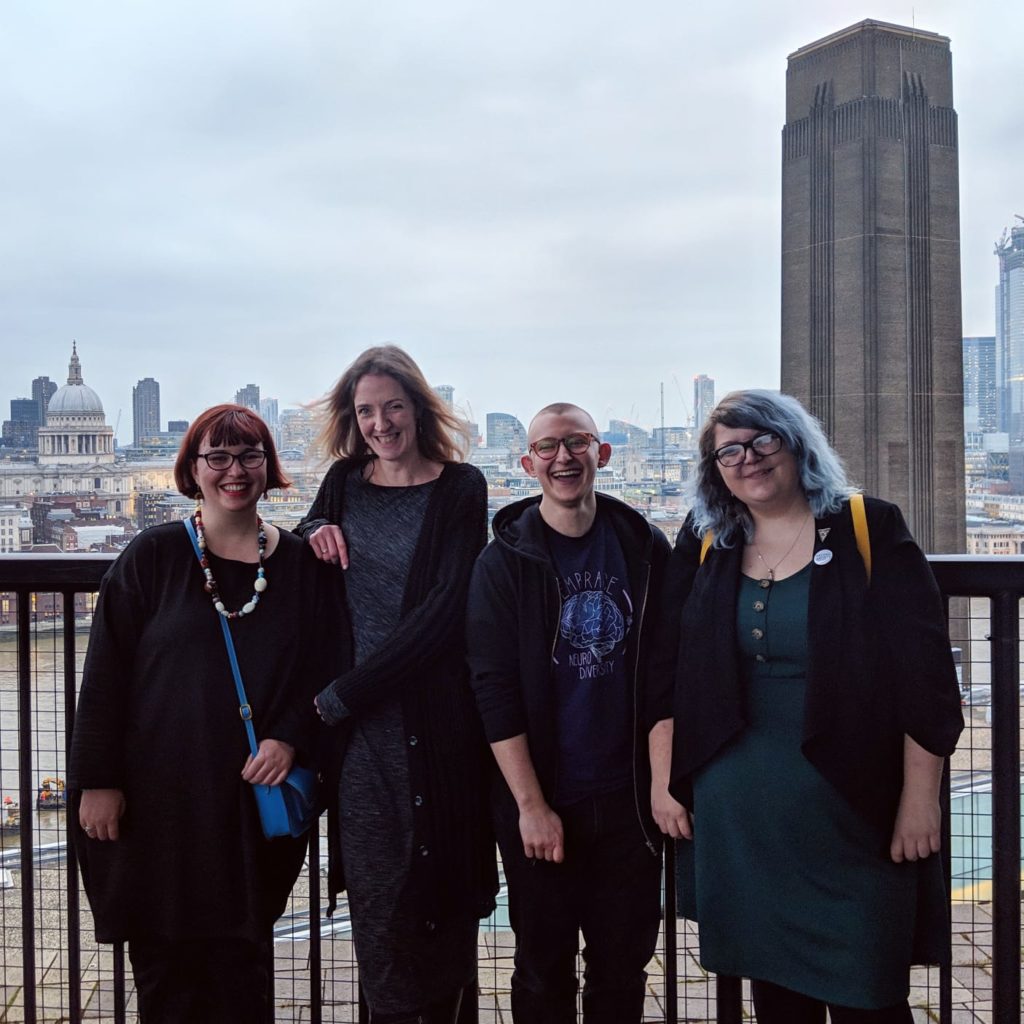 The four Emergance Artists at the Tate Last year. Photo by Zoe Hitchen 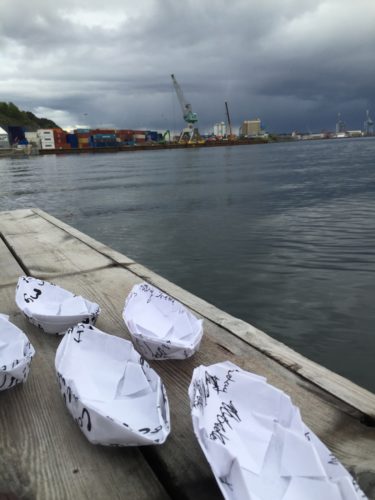 Some of my boats in Norway. After the Tate event, I’ll have some new pictures to use.

Last year, we all got invited to speak at the Tate exchange and I was crippled with imposter syndrome in the run-up to the event. I was in my pyjamas cleaning up cat sick when I got the first email, asking if I was interested in taking part, and I had this irrational fear that everyone would somehow know this at the event and judge me because of it. Once I was actually there though, it wasn’t intimidating at all, or at least it was the same level of intimidating as every other artist’s talk I’ve ever given. It turns out the Tate exchange is just a room with people in it, like every other room with people in. I guess that’s my actual Emergence Bursary journey, isn’t it? From a person who felt like an imposter in that room to one who feels like they belong there.

Here is a quick update on my Emergence project, because I realise I haven’t done one in ages. I’ve lost count of how many boats I’ve folded but I’m still aiming for 1000. I lost a bit of momentum in the middle of the year, but I’m trying to get as many boats made as physically possible made for the Tate event. I was hoping to put together a small tour of participatory events, but alas I don’t think that’s going to happen.

Despite my fancy Tate Exchange speaking ways, I still can’t get galleries to reply to my emails. Never mind, I’m doing other exciting stuff instead, and I’m in talks with an artist-led space about showing the project as a one-off exhibition. I have about 7,000 words of what I think will be a 10,000-word collection of writing for my artist’s book, and I will have this finished for the Tate Exchange event, unless I die, or continue procrastinating, or something unlikely like that.