Oska Bright Film Festival, the world’s leading learning disability film festival based in Brighton, continues its online series of award-winning short films Oska Bites, with Love Bite, a programme which looked at LGBTQ+ and learning disability culture on film. All the films featured in Oska Bites programmes are made by, or feature in lead roles, people with learning disabilities, autism or Aspergers. These are outstanding films that show often undiscovered talent and new voices.

Born to Dance with an Extra Chromosome

I was lucky enough to see Drag Syndrome perform live as part of Curious Festival 2019 at the Baltic in Newcastle and this film by Nikolay Nikolov provides a valuable insight into this irrepressible troupe of performers.

A mixture of live footage and backstage antics the film portrays the transformation the performers undertake to embody their fierce drag personas the lothario Justin Bond, cheeky Horrora Shebangs, the soulful Gaia Callas and the unstoppable Lady Francesca. Narrated by Drag Syndrome Creative Director Daniel Vais, the film is clear about what drag as a queer artform unlocks for these individuals, simply put, ‘the diva factor’, it makes them fabulous, flamboyant and it’s a joy to behold. 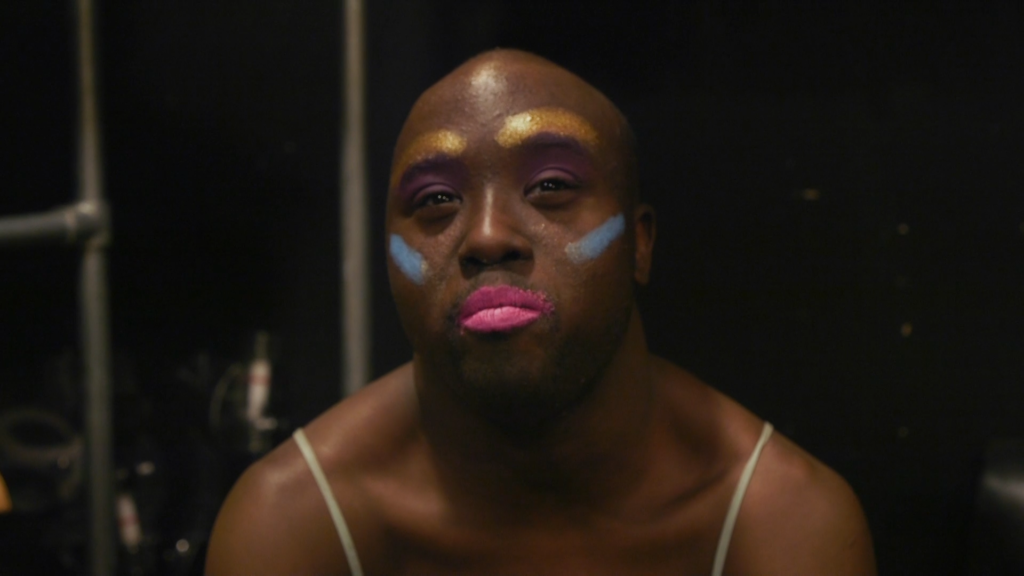 Born To Dance With An Extra Chromosome

Enid and Valerie
Using Tim Burton-esque gothic animation, Mattie Kennedy’s short depicts the relationship between Enid and Valerie as they are magnetically drawn together. With an atmospheric score and hypnotic dialogue – ‘she is me, I am her’ – the film leaves you hungry to know what happens next between this slightly sinister pair. Room for a sequel in my view!

The film is followed by an insightful conversation between Matthew (Oska Bright programmer/filmmaker) and Enid and Valerie filmmaker, Mattie in which it’s evident the important role that the festival has played in expanding the presence of disabled artists on film and creating a sense of community for these artists nationally and internationally.

The Lost Ones
This irreverent French production opens with an armed robbery at a supermarket and then proceeds to introduce a cast of characters that refuse to behave in the ways you might expect in a hostage situation. Perhaps the most memorable is Rosie a young woman with Downs syndrome, looking for relief from a recent heartbreak. The tone of this film is a breath of fresh air, keeping you guessing right until the final frame and challenging perceptions around disability, romance and criminality in truly unexpected ways.

Love Bites from the Oska Bright Film Festival is a provocative programme of shorts that boldly explore the intersection between queer culture and disability and all are well worth your time.