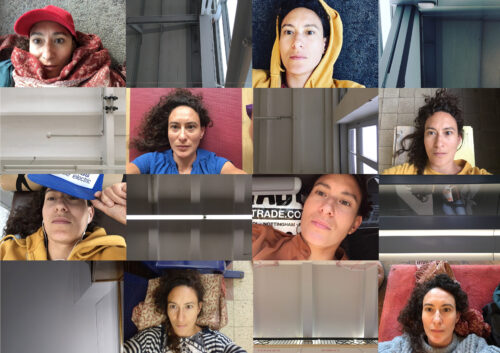 I’ve lived with chronic pain for 14 years, and that means I need to lie down (a lot). For a while my world got really small. And so in 2016 I began to play with lying down in public so I could be out in the world more: I lay down on trains, in galleries, on benches. I was beginning to feel bold about this ‘practice’ of public rest, and the shame I’d felt at having different needs and needing to navigate the world differently was beginning to fall away……and then I set off a security alert by lying down on the 6th Floor of the Southbank Centre (during a disability arts festival!).

Since then I have gathered over 250 stories, from people like me who need to navigate the world differently: people with invisible disabilities, disabilities or who are neurodiverse (which is 1 in 5 of us). A Crash Course in Cloudspotting is an installation and live performance that tells some of those stories.

People have sent us stories from as far away as Mexico, Argentina, and Australia.

People have sent us stories from all over the UK and Europe.

And now we are inviting and gathering stories from the people of Coventry. 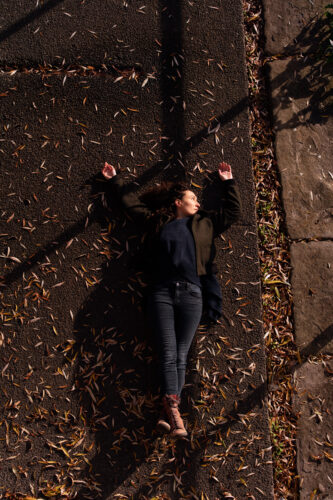 For those people far away and close by, the things that inhibit our public rest are so similar we might as well be neighbours:

Our world is at once vast, and small.

This project has taken me to Brussels to talk to museums & galleries from all over the world about resting spaces and horizontal formats. And it’s taken me down the road to my local independent cinema to make it possible to lie down and watch a movie (which has completely changed my sense of belonging to a place). It’s taken me to London to record a talk for Radio 4 Four Thought, and into zoom rooms with Dis/Ordinary Architecture to talk to budding young architects in an attempt to interrupt their assumptions about good design.

But what I feel most touched by, most often, is meeting other people with invisible disabilities and sharing our experiences of navigating a culture not versed in rest, or softness. Not versed in different experiences of time, or unstable bodies. Because it’s not the Brussels or Radio 4’s of this journey that that have helped me feel less alone: it’s been in connecting with a community of people who ‘get it’, and it’s been in sharing my most vulnerable, or difficult or laughable moments. Like the time I lay down to rest on the sofa of a local theatre, unbeknownst to me, in the middle of a tour for funders: they came down the corridor in a wave of expensive frocks and big glasses of wine and I lay there with my legs crossed over an armrest and my shoes kicked off on the floor beside me. Like the time I lay down in a consulting room of a hospital while waiting for my appointment, and when the doctor came in they thought I was dead. Like the time lay down at a Spanish airport and a security guard asked me if I was drunk, I wasn’t, and then told me to move on – I didn’t argue. Like the time I lay down at Wimbledon Court Number 1! 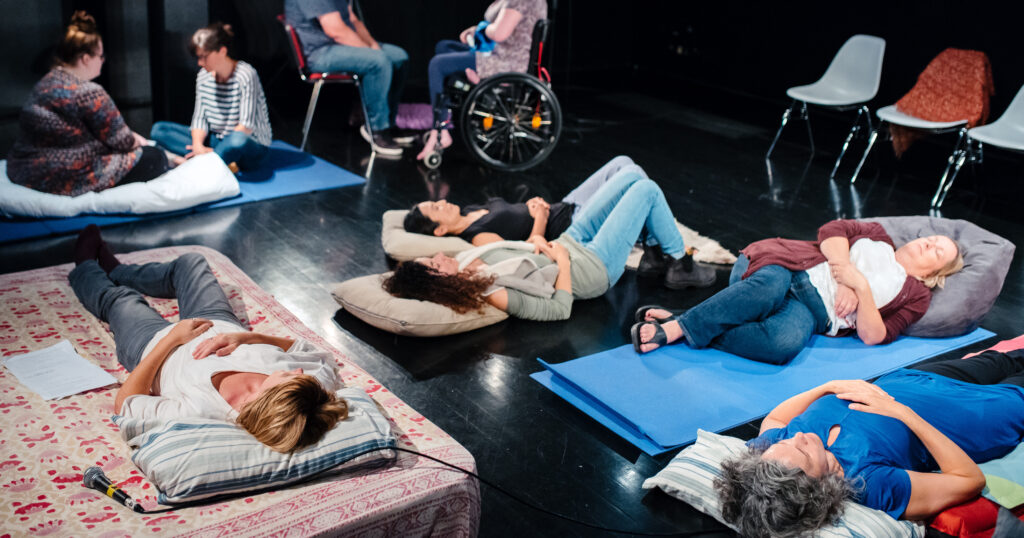 Those last 3 stories aren’t actually mine (although they could be), they are stories people have told me. And knowing them makes me feel far far less alone when I need to draw on courage, take a deep breath, and lie down somewhere in public I know it’s not gonna go down well.

Because our world is at once vast, and small.

And I know somewhere out there, someone is resting is with me.

Because our world is at once vast, and small.

And in connection, we don’t have to be alone.

Coventry edition is co-commissioned by Coventry City Of Culture 2021 and Unlimited, celebrating the work of disabled artists, with funding from Arts Council England. Co-produced by MAYK and Coventry 2021 with support from Grapevine.