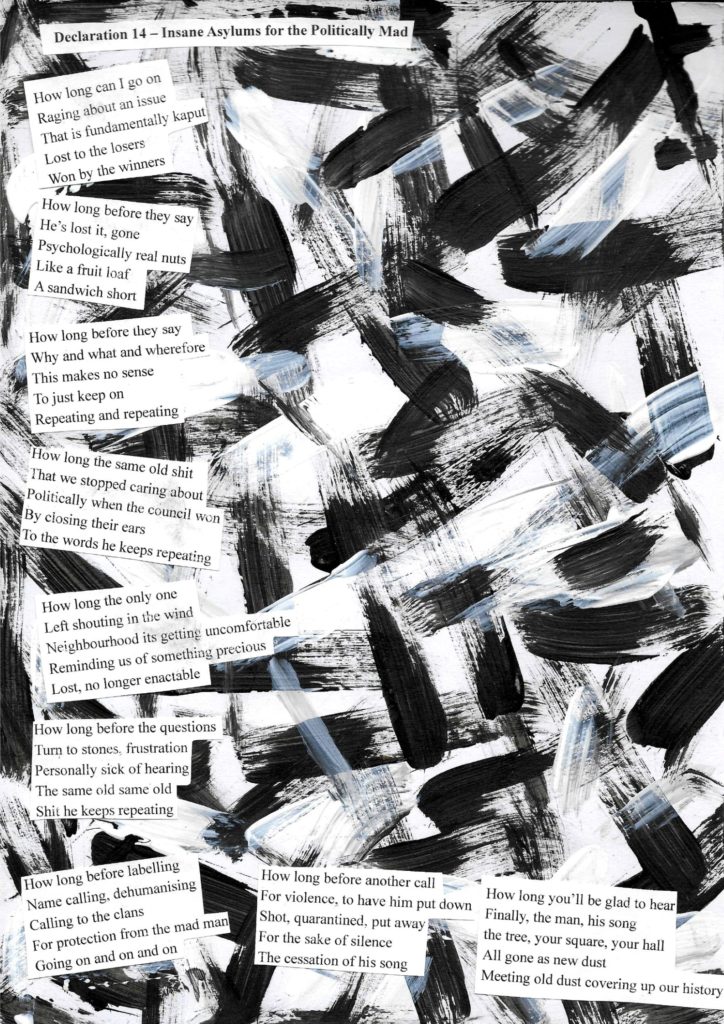 Illustrator Charlotte Wilson says; “The black and white piece is chaotic and all over the place. I wanted this to be a metaphor for how wanting equality for Disabled people makes me feel. I have so much I want to say to so many people and it seems black and white to me so why doesn’t anyone in power get it and make it right! “

Article 14 of the Universal Declaration of Human Rights reads;

(1) Everyone has the right to seek and to enjoy in other countries asylum from persecution.
(2) This right may not be invoked in the case of prosecutions genuinely arising from non-political crimes or from acts contrary to the purposes and principles of the United Nations.

Refugee status or asylum may be granted to people who have been persecuted or fear they will be persecuted on account of race, religion, nationality, and/or membership in a particular social group or political opinion.

(especially formerly) an institution for the maintenance and care of the mentally ill, orphans, or other persons requiring specialized assistance. an inviolable refuge, as formerly for criminals and debtors; sanctuary: He sought asylum in the church.

A poem for a conservation campaign

How long before they say
He’s lost it, gone
Psychologically real nuts
Like a fruit loaf
A sandwich short

How long the only one
Left shouting in the wind
Neighbourhood its getting uncomfortable
Reminding us of something precious
Lost, no longer enact-able

How long before the questions
Turn to stones, frustration
Personally sick of hearing
The same old same old
Shit he keeps repeating

How long before labelling
Name calling, dehumanising
Calling to the clans
For protection from the mad man
Going on and on and on

How long before another call
For violence, to have him put down
Shot, quarantined, put away
For the sake of silence
The cessation of his song

How long you’ll be glad to hear
Finally, the man, his song
the tree, your square, your hall
All gone as new dust
Meeting old dust covering up our history 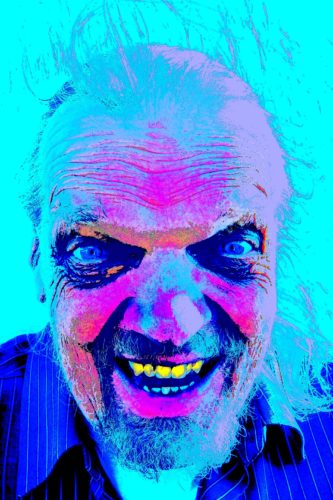 Blimey Rich. Powerful stuff and that ‘crazy face’ image is going to give me nighmares!