I can’t remember the film poster I cribbed these lines from. It was there in my local tube station. At the bottom of the stairs. When I stole the slogan I’m sure it had another resonance for me than the lyrics formed today. Might have had something to do with stammering. Might have something to do with my life as an advocate. Might have been a response to the DAO editor asking me to perform. But what comes out is whether having a voice is enough in the situations that we face/d; in our courts, in seeking to stop war, in getting on like Oliver and asking for more of local and central authorities to feed the need that goes unfed, that remains brushed under carpets with the broom of callous words. Survival is something more than System Survivors seem to crave today, the depression is not only mine. 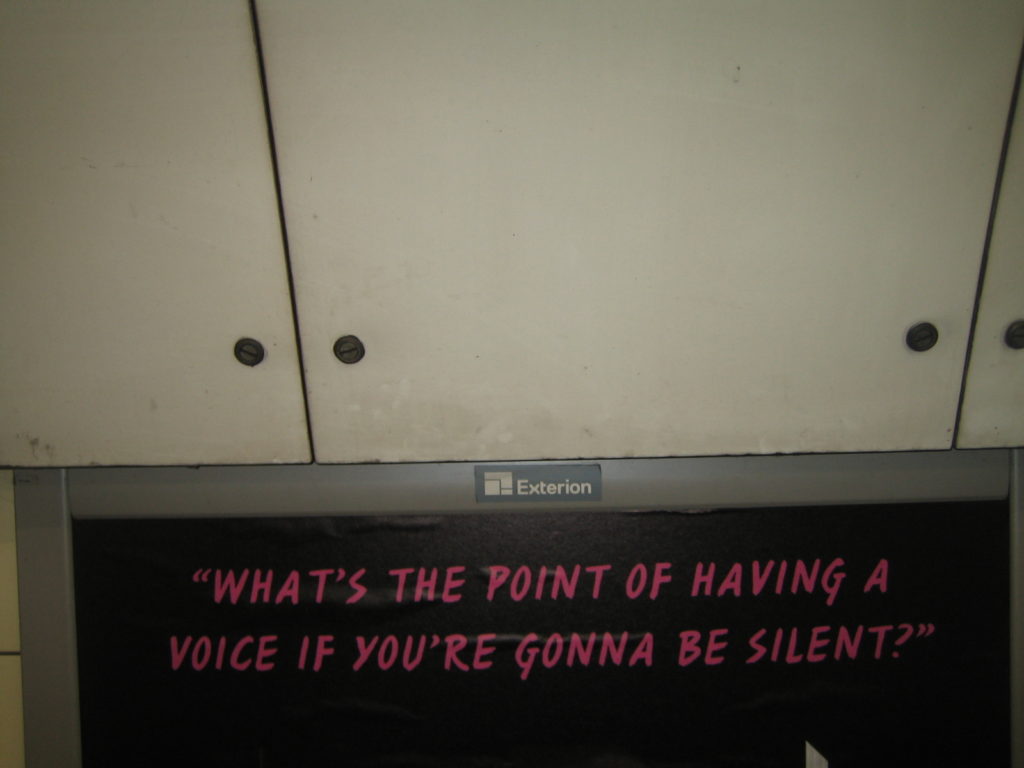 Signs; Not Shutting Up

Beacause u are saying it. There is a point. But agree with poem also. Very good poem it is too.