Sensing Helen, a documentary by Dorset-based director Tam Gilbert, explores the lives of two women born in Dorset in the mid –1800s and compares them with Tam’s own experiences and those of other visually impaired women today.

Elizabeth Groves from Weymouth and Sophia Ridout from Sturminster Newton, both went to the Bristol School of Industry for the Blind as children, but their later lives were quite different; with one learning a trade and living into old ageand , the other dying, relatively young, in an asylum.

“I feel I’ve really got to know our women through the course of our research – both from poor female-led backgrounds with strong work ethics, their lives were shaped by the support they received from their parish” says Tam. “Although attitudes have changed for the better, there are still so many echoes from the past. The fact that today’s Personal Independence Payment (PIP) form is strongly reminiscent of Sophia’s application form for the Bristol School of Industry dated 1852 begs the question, exactly how much has changed?”

Sensing Helen was inspired by the life of Helen Keller; the first deafblind woman to graduate and go into Politics in the US and Tam’s own life journey as a visually impaired artist. The film is fully accessible with audio description and captions. It is presented by Tam Gilbert and Michele O’Brien, produced by Jenny Gordon and filmed by Alastair Nisbet. The project was devised by Tam Gilbert, funded by the Heritage Lottery Fund, and supported by the Arts Development Company. 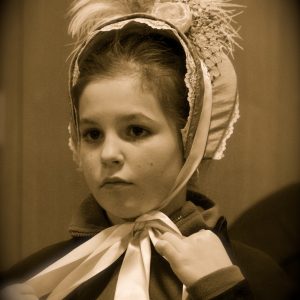 Sensing Helen is now complete. We have conducted and delivered our research, compiled an Education Resource Pack for Young People and shared our film at three locations across Dorset. The film was well-received by audiences and I will document its process in my next post when I will also reflect upon Sensing Helen as a ...